WE got ‘disrupted’ by AirAsia Bhd cofounder Tony Fernandes who was the keynote speaker at our What’s Next: The Business Impact of Disruptive Technology conference.

I had wanted Fernandes to talk about how he used technology, and especially digital-based technology, to both create and deliver products and services efficiently through the various business entities he has under – and beyond – AirAsia.

But Fernandes just cannot be separated from speaking about AirAsia. It’s in his DNA, warned his executive assistant who had prepared his presentation and wanted some background from me. She told me that no matter what she prepared, Fernandes would end up “writing his own script,” as they say in showbiz.

Fernandes himself probably does not know it, but he is the foremost digital disruptor in Malaysia and arguably in Asean, with each of his traditional businesses, starting with AirAsia, leveraging on digital technologies to offer convenience and value to consumers.

Among these businesses are TuneHotels, TuneMoney, TuneProtect and TuneTalk. And he announced that AirAsia is also setting up an e-commerce arm as he sees immense opportunity in this space.

While you can read the article for more details, here is a key lesson from him that other traditional businesses should embrace:

It’s okay to fail because that provides you with valuable lessons. And in fact, Tune Insurance has now been rebranded TuneProtect with its renewed focus on digital as a key enabler to offer consumers value – all this in the wake of unsuccessful efforts in the past three years in trying to do the same.

When I asked Fernandes why Tune Insurance had failed in its mission, he simply said it was very hard for traditional companies to change – but with life increasingly going digital, not changing and not adapting is not an option.

And for some businesses, the clock is ticking. For instance, retailers.

According to Adrian Vanzyl, chairman of end-to-end fulfillment company aCommerce, which has raised over US$25 million (RM111 million) so far, traditional retailers are likely to have only the next 12 months in which to jump into and capture value from e-commerce.

Otherwise, they are just going to have to compete in very specific niches.

His reason for saying this: You have the likes of Lazada, Zalora, Ensogo (previously iBuy) and Rakuten investing heavily in the Asean e-commerce market currently.

Also, with e-commerce “undoubtedly” headed from 1% to 10% of all retail transactions within the next five years, existing players are going to be enjoying rapid month-on-month growth to cement themselves in consumers’ minds.

Traditional retailers thus have to get in now. But how many will? And will the impact really be as painful as Vanzyl paints? Let’s see if next year’s What’s Next can shed some answers.

Look out for my commentary on Monday where I will share my five key takeaways from this inaugural What’s Next conference.

Meanwhile, here is an event of interest for those of you who feel innovation is only the realm of technology- and science-based companies, DNA and Agensi Inovasi Malaysia (AIM) are organising a panel session on Is That Innovasion!? on Oct 6 (Tues) at 3pm at the Sime Darby Convention Centre in Kuala Lumpur.

The idea of the session is to debunk the myth that innovation only revolves around science and technology. It is actually happening all around us.

Do register here if you are interested in what will be an eye-opening session.

Finally, no surprise that this week’s most popular story was What’s Next: AirAsia is an Internet company … no, really! 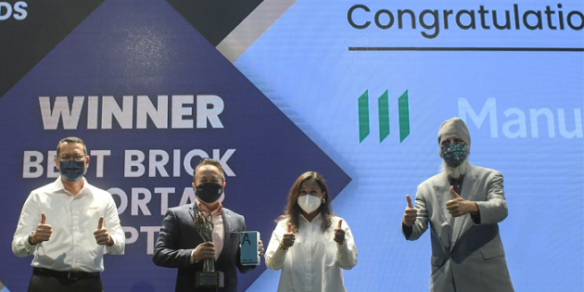