Digital News Asia (DNA) is an independent news portal that covers the ICT ecosystem, including industry and public policy issues, entrepreneurs, startups, movers and shakers in the industry and business trends, especially how Digital Disruption is affecting traditional businesses.

Who we are: A group of respected and award-winning technology and business journalists.

Why we are doing this: We want to see the ICT ecosystem in South-East Asia grow and develop and believe we can help it by providing insightful and analytical coverage without fear and favour in these countries.
We aim to be the Fourth Estate for the tech ecosystem in the countries we cover.


What we do: DNA will provide coverage on industry issues, business models, public policy, entrepreneurs, startups and funding, new technology as well as business trends and developments, research and ground-breaking projects, and last but not least, profiles on the movers and shakers in the industry.

There will be an emphasis on enterprise tech, but from a customer and not a vendor viewpoint, including how organisations are using ICT to address business concerns and objectives.

How we are doing it: Primarily through the content on this website. DNA will also publish special reports and white papers, and will organise forums and roundtables on issues of interest to the ICT ecosystem.

Who should read us:

Karamjit Singh first joined The Edge, Malaysia’s premier business publication, in 1995 and covered a number of areas before specialising in the telecommunications sector.

In 2000, with the increasing convergence of computer and telecommunications technologies and the Multimedia Super Corridor’s continued expansion, he was transferred to the weekly’s nascent [email protected] pullout. Within seven months, he was appointed editor of the highly-regarded pullout, a position he held until March, 2012. For five years, he was also editor of a bi-monthly pullout, SMEs Going Global, in The Edge.

Along the way, he has picked up a few awards, starting with the Malaysian Press Institute award for Best Telecommunications Writer (English category) in 2002, the DiGi Telecommunications Journalist of the Year (Magazine Category) 2004, to the most recent one in 2009 from the Malaysian Customer Relationship Management and Contact Centre Association as Journalist of the Year in recognition of his informative and critical coverage of the outsourcing sector since 2000.

Over the course of his career, Karamjit’s name has become synonymous with [email protected]. He has come to be regarded by industry and peers as one of the nation’s most respected journalists and pundits, and is frequently invited to speak or moderate at conferences and roundtables.

Karamjit founded Digital News Asia with a vision that media should play its role as the Fourth Estate, and on the belief that timely, insightful and analytical coverage can help the tech ecosystem in South-East Asia, especially Malaysia, grow and develop.

Edwin Yapp is an award-winning fulltime journalist and runs his own editorial consultancy, inSight Editorial Services. He has been the Malaysian correspondent/blogger for technology portal ZDNet Asia, a sister website of the famed CNET News.com, now a division of CBS Interactive.

A trained engineer who used to work for a leading mobile network operator, he began his writing career at The Star, Malaysia’s No 1 English daily, where he spent five years covering the ICT and enterprise technology field, primarily with In.Tech, the newspaper’s technology pull-out.

Edwin has been the contributing editor to The Edge’s technology pullout, [email protected], and has written for other local magazines such as Business Today, Personal Money, Enterprise Innovation, Computerworld, MIS Asia, CIO Asia, Malaysian Business, Accounting and Business, and Travel 3Sixty, Air Asia’s in-flight magazine. He is also a columnist with The Malaysian Insider and Selangor Times, and has participated in BFM's Tech Talk in the early days of the station's existence as a weekly guest, touching on enterprise technology.

Edwin has also won a number of awards for his contribution to the telecommunication industry, including bagging the DiGi Best Online Article in 2003 and 2005. He can be found on Twitter occasionally at www.twitter.com/yedwin01. 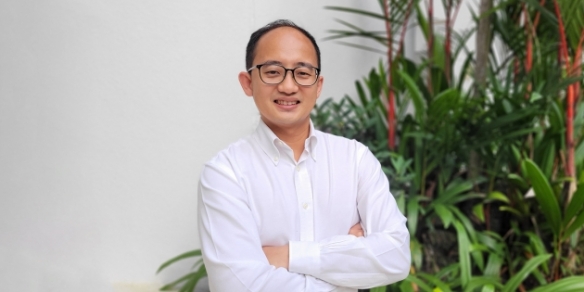