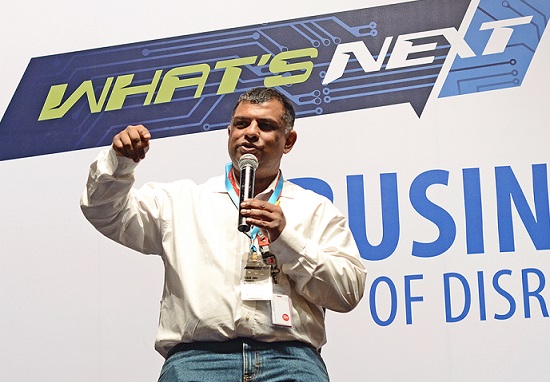 IT may have turned global aviation on its head and disrupted the entire airline industry with its low-cost carrier business, but AirAsia Group is essentially an Internet company.

Yes, you read that right. Certainly, that is what its irrepressible and flamboyant chairman and cofounder Tony Fernandes (pic above) believes.

“More than 20% of our business comes from ancillary income,” he said.

These are not Fernandes’ only ventures. He also owns the Tune Group which has investments in Tune Talk, Tune Hotels, Tune Protect, Tune Studios, Tune Labs (a venture company looking at tech startups), and more.

Unsurprisingly, the Internet plays an essential part in most, if not all, of these businesses. Indeed, many industry pundits have credited Tony and AirAsia for breaking down e-commerce barriers in Malaysia.

“In a few weeks, you would be able to check in using a mobile app. You can [already] print your boarding pass at home ... physical check-ins are already a thing of the past,” he said.

“We are also working with a startup which specialises in facial recognition technology, so that soon, you would be able to go straight to the plane,” he added.

At What’s Next, Fernandes also revealed that AirAsia will soon be announcing the formation of an e-commerce arm.

“We aim to be the largest and most profitable interactive commerce company in Asia, by building a diversified portfolio of leading, specialised and global e-commerce brands,” he said.

“We will reveal more when the time is right,” he said.

However, Fernandes did say that the key to this e-commerce arm’s success would be how well AirAsia can understand its customers and analyse the customer data it has in hand.

“I think there is a huge opportunity for AirAsia because we have got a huge amount of data that we really don’t know what to do with, but which everyone else wants to take from us.

“So there must be an opportunity there,” he quipped.

Fernandes also said that his group of companies also plans to launch its own version of TripAdvisor, a travel dongle, a new YouTube-type of channel, and more.

Coming Up: Tony’s tips to startups