TRADITIONAL companies need to urgently reinvent their business models by adopting the ‘Innovate to Zero’ concept or risk becoming irrelevant in the market.

According to Manoj Menon (pic above), Frost & Sullivan senior partner and managing director of Asia Pacific, the concept of ‘Innovating to Zero’ is not entirely new.

The phrase was first coined by Microsoft Corp cofounder Bill Gates about five years ago when he spoke about the need for the world to innovate to zero carbon emissions, which inspired many projects and businesses to look into the issue.

The idea of ‘innovating to zero’ has since taken on a life of its own and been adopted by other industries, according to Manoj, the opening speaker at Digital News Asia’s inaugural What’s Next: The Business Impact of Disruptive Technologies conference in Cyberjaya earlier today (Sept 29).

“If you look at it, Coca-Cola has come up with Coke Zero, allowing consumers to enjoy the taste of Coke without the sugar.

“Everywhere else, you are seeing the concept of innovating to zero in cutting down the waiting time in supply chains – to zero waste, zero accidents, zero defects, zero faults, and others,” he said.

A prime example of an industry affected by the ‘Innovate to Zero’ concept is the music industry, where digital technologies and streaming have removed much of the supply chain wastage, Manoj argued – while preserving value to consumers.

Manoj acknowledged that it can be frightening for companies to think about the ‘Innovate to Zero’ concept.

With such disruption looming, large brick-and-mortar companies end up playing a defensive game trying to hold on to their markets.

“You are 10 goals up but you are nine players down in your team – you only have two people trying defend the 10 goals you have scored,” said Manoj. “It is a painful and brutal story.” At What’s Next, Manoj also took the opportunity to challenge the business community to think about a radical way of doing business: That they should work towards innovating to zero profits – a statement which raised the eyebrows of many participants.

“But the role of business has changed and the sole purpose now is to make money.

“Perhaps we don’t need to work eight hours a day, but just enough to create the right environment to sustain ourselves and be still able to indulge in sports, culture, and entertainment.

“We could innovate to ‘nothing-ness,’ and perhaps for some people that is more important,” he added.

Manoj argued that the system of capitalism, which was to ensure money gets distributed to areas to make the biggest impact, has changed over the past decade. The world’s financial systems are not distributing money to the right areas.

“The financial services industry in some countries can contribute up to 30% of GDP (gross domestic product). They are creating products which are not creating any value,” he accused.

“There is an urgent need to revisit the current way in which we create business and capital markets.

“I’m not saying everything has to be zero, but we need to work towards that as a framework when thinking of new ways to do business,” he added. Manoj said that companies need to their mindset in several areas to properly ‘Innovate to Zero.’

First, they need to start thinking globally from Day One, and this applies especially to Malaysian companies.

“In Malaysia, companies seem more focused on the domestic market of approximately 30 million. In Silicon Valley, when they create a product, they think globally. Every business is a global business,” he said.

There are cultural challenges as well, with one being the need to celebrate failures and not hold a person back for having tried and failed.

Companies should not punish those who innovate and fail, but should instead encourage them to try harder until they succeed.

One unique feature at What’s Next was the role of the Provocateur, who would challenge the assumptions and arguments of the speakers.

In Manoj’s case, he had to face Cheah Kok Hoong (pic above, right), chairman of the National ICT Association of Malaysia (Pikom) and group chief executive officer and director of Hitachi Sunway Information Systems.

One area the two grappled over was the availability of talent in Malaysia, with Cheah arguing that Malaysia has a “healthy pool” in that regard.

“Otherwise, why would there be so many global tech companies setting up their Global Business Services (GBS) centres in Malaysia? Why are companies still investing in this country?

“If we were a country with low talent, we would not be able to attract these investments,” said Cheah.

“At the end of the day, it is how you choose to see it – whether the glass is half-full or half-empty. If you see the glass as being half-empty, it will always continue to look empty.

“Personally, I am very optimistic,” he added.

Manoj however disagreed, saying that as a multinational operating in Malaysia, Frost & Sullivan has faced talent challenges.

“We have a huge opportunity here because the cost structure is low, and that is why we are excited about this country.

“There has been progress … but there’s still more room for improvement,” Manoj added. 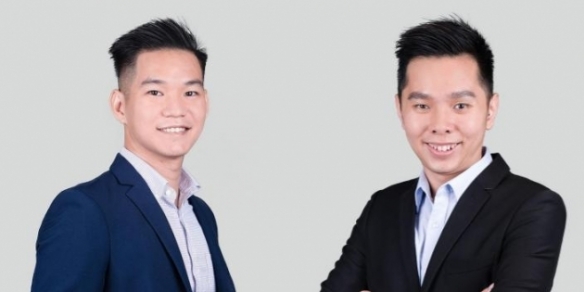