THERE are many ways to express your dissatisfaction about an organisation’s products or services. In the past, you would call its customer service or call centre … and be greeted by an answering machine or IVR (interactive voice response) system.

Your problem was usually not resolved, and your frustration probably mounted – which is why many people are so reluctant to convey their complaints, or just give plain old feedback, to businesses.

According to a 2014 survey by Gudpoin, 96% of customers are reluctant to convey their feedback even if they are not happy with a company’s service.

Yet companies need this kind of feedback if they want to improve.

Social media networks like Facebook and Twitter have become a channel for this, especially since many companies are quicker to respond to such a public channel, to salvage their images and reputations.

Indeed, more companies are now taking advantage of social media to interact with their customers, which includes hearing their complaints.

According to 2015 research by Avaya, two in three Indonesian consumers put a lot of effort into safeguarding their consumer rights (average 55%). Although they are less likely to research products online to buy, 79% say they buy more from organisations that make it easier. About 80% of customers will use the same service if it satisfies them.

And around 90% prefer to use an app for their communications needs, to convey complaints, suggestions, and even compliments.

This new paradigm of customer experience, and Indonesia’s increasingly dense smartphone penetration rate, prompted Arie Nasution to cofound Bulp Indonesia, which has developed an Android app that allows consumers to channel their feedback to businesses.

“Today, the Internet is part of people’s lifestyle, and everyone is adopting technology,” he told a press conference in Jakarta on Sept 29.

Arie, also the chief executive officer, said his startup wanted to build an app that facilitates communications between customers and companies, with an emphasis on the active participation of the customer.

Customers will jump ship easily these days if they are not happy with a company. On the other hand, if there is no way for customers to properly channel their complaints, the company will remain unaware of any problem, he argued.

In fact, the Bulp app – which is available for free – is not only about channelling complaints, but any kind of feedback, including suggestions and compliments.

Since a beta of the app was made available for download in January, about 9,000 pieces of feedback have been channeled to more than 70 companies in Indonesia, he claimed.

“The proportion of complaints was only 22%, while others were compliments or suggestions,” said Arie, who graduated in Industrial Engineering from the Bandung Institute of Technology.

Arie said that the personal data of customers remains confidential, as is the identity of the company such feedback is addressed to.

“Currently, we are open to working with companies from any sector, and hope to be able to work with the Indonesian Consumers Foundation (YLKI) in the future,” Arie said.

Feedback is available to the companies in real time via Bulp’s dashboard feature via the Bulp website. There is no need to install any software.

Making the information available in real time helps these companies respond quickly to any feedback (or complaints) that need to be resolved urgently.

“Eight months ago, we printed all incoming reports and gave them to the relevant companies every two days,” said Arie.

“But this was not effective, so we decided to develop a dashboard feature which can be accessed by the companies in real time,” he added.

Bulp has three options – Feedback, Share and Me Too!

Feedback allows the user to find out the response from the company. They can ask others to help monitor any response to their feedback via Share; and finally, Me Too! is pretty much like the ‘Like’ button on Instagram or ‘Favorite’ in Twitter.

Users can also check the status of their feedback through five indicators: Pending, Rejected, Approved, Delivered, and Responded.

According to Arie, this helps assure users that their feedback has been forwarded to the relevant companies, and at the same time, encourages companies to actively respond to their customers.

Customers are rewarded for their feedback with points that can be redeemed for prizes, either as e-vouchers or physical goods.

Arie admitted that so far, the majority of its users are high school and college students.

Eyes on Japan and Singapore Since the full version for Android was released last month, the app has garnered at least 2,000 active users, the company claims. Web and iOS versions will be available by the end of the year.

“In the next three years, we hope to map the approximately 30 multi-sector industries whose customer services are still in the analogue era. We want to digitalise these sectors so that customer feedback is followed up easily,” he said.

The six companies that are already using the Bulp platform are using it for free. New companies can use the platform for free until end-2015. The startup hopes to monetise by offering a premium version of its platform where companies can get more in-depth data analytics on their dashboard.

Also, starting from January 2016, companies will have to pay to use the platform, but Bulp Indonesia has not determined its pricing structure yet.

The startup currently has a team of 10 people, and is looking to expand. Arie claimed Bulp Indonesia has got 10 Indonesian angel investors on board in a consortium, but he declined to give further details.

Next year, it might be looking into to raising Series A funds, Arie said, again declining to say how much it was targeting.

“If our [current] funding is enough, we would not need to open Series A funding. Obviously, in the coming months, we will be more focused on product development [rather than fund-raising],” he said.

He said he would also prefer to strengthen Bulp’s presence and number of users in Indonesia before looking to overseas expansion.

Currently, the platform is heavily accented towards English, in expectation of going regional, but the team will be embedding more local language to ensure gets a foothold in its home market.

“There is interest from Japan and Singapore – which is why much of our content is in English – and when our platform is more stable, we will be looking to expand there,” he said, adding that a Japanese-language app will be made available at a later stage. 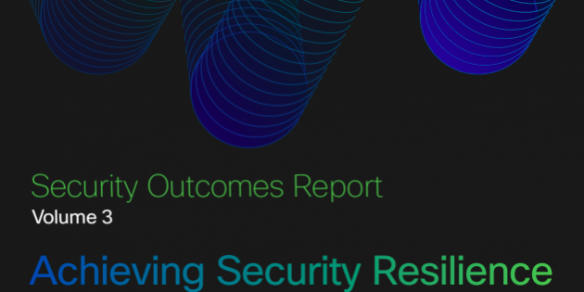