THERE’S no doubt that the Surface Pro 3 has been a sales success for Microsoft Corp, going by its quarterly sales achievement (revenue exceeded US$1 billion, up 24% year-on-year).

Clearly then, it has done far better than the first two iterations of the Surface product; a 2-in-1 computing device that Microsoft dubs as “the tablet that can replace your laptop.”

To some extent, we agree with Microsoft that the Surface Pro 3 could very well be your primary productivity tool, but not without the necessary add-ons to make that a reality.

In other words, you just can’t get away with buying the Surface Pro 3. In order for this product to be truly useful, you will need the Surface Pro Type Cover (pic, below) as well. There are cheaper configurations available, but we believe this option is the minimum you would need to avoid getting into speed or storage bumps.

Thankfully, some retailers are already offering bundles of the Surface Pro 3 along with the keyboard attachment at a slight discount, now that the product has been out in the market for over half a year, and stocks are readily available.

In fact, rumours are already swirling about the next version of Surface and its possible launch in July this year.

Considering the upcoming launch of Windows 10, Microsoft may just wait till it’s able to launch this next version of hardware alongside the new operating system.

But there’s no need to wait till then. You can already get a pretty good idea by downloading and installing the Windows 10 Technical Preview on a Surface Pro 3.

Microsoft has set up the ‘Windows Insider’ programme that allows just about anyone with a Microsoft account to sign up and upgrade their PC or Windows phone to the latest test version of Windows. If you don’t have a Microsoft account, simply register for one.

The process is simple enough, and the upgrades are downloaded and installed via Windows Update, which makes it really convenient.

In our experience, the PC upgrade took about 90 minutes for the entire download and installation process – although your experience may vary depending on your broadband connection.

And while it may seem risky to install a test OS on your system, we found that the current build (version 9926) is stable enough for the Surface Pro 3 to become our daily productivity tool.

If you prefer a more recent build, The Verge has reported that the latest version has already been leaked onto the Internet, specifically build version 10036, as Microsoft “struggles to deliver” the next version.

In a blog post last week, Microsoft’s Gabe Aul, who is leading the development of Windows 10, wrote that he is receiving a lot of inquiries from Insiders on when the next build will be released, but that “the reality is that faster builds to you will include more bugs, and so far we’ve erred on the side of stability.”

The ayes and nays

So, based on build 9926, here are the 10 things we liked about the Windows 10 Technical Preview.

2) The desktop is back as the default view:  Win10TP now defaults to the desktop (pic, below) rather than a confusing mess of tiles which we didn’t really care too much about in Windows 8.1. 3) The Start Menu has reverted back to its pre-Windows 8 functionality: The Start Menu (pic, below) makes a triumphant return, with a list of apps, folder and settings icons on the left, categorised into ‘Places,’ ‘Most Used’ and ‘All apps.’ Clicking on ‘All apps’ will call up the app icons in alphabetical order. 4) Control over Modern UI:  The Modern UI (user interface) isn’t going away. Instead, you can now decide on how you want to see the tiles, which are pinned on the right side of the Start Menu. Like in Windows 8.1, you can customise the look of your Live Tiles and create groupings for your tiles. It will only go into full-screen (and look like Windows 8.1) when you agree to have Windows 10 work in ‘Tablet mode.’ The Start Menu icons will still be on the left side. 6) Full-screen menu bar: When in ‘Tablet mode’ and apps are in full-screen view, swiping down from the top bezel calls up a standard menu bar, rather than the random options you had with Windows 8.1 apps. This menu bar includes, on the top right corner, an ‘X’ option to close the window or ‘_’ option to minimise the window (pic, below). On the top left corner, you will see all the app-specific commands, as well as options that used to be on the Windows 8.1 Charm bar.

7) Charm bar replaced by Notifications: Swiping in from the right bezel activated the Charm bar in Windows 8.1. That is no longer the case in Win10TP, thankfully. Instead, what you will see is a Notifications panel (pic, below), which brings smartphone-type system messages to you from all your installed apps (like Facebook messages, new e-mails and calendar reminders). 8) Touch version of Alt-Tab: Swiping in from the left bezel brings up all currently open windows as thumbnails on the desktop – similar to what you do with the Alt-Tab keyboard combination (pic, below). A true multitasker’s dream come true, this new swipe gesture makes it a lot easier to get to the right window from anywhere on the desktop. 9) Multiple desktops: Windows finally catches up with the competition and will now allow for multiple desktops. You can add a desktop by swiping in from the left and tapping on the ‘+’ sign for a new desktop. However, you cannot drag application windows from one desktop to another.

10) Free Microsoft Word, PowerPoint and Excel apps: With Win10TP, you can download and use the feature-light but free versions of Microsoft’s Office applications through the Windows Store (Beta).  These apps (pic, below) are still in a ‘Preview’ phase and similar to the web-based Office editing tools. Meanwhile, here are the five things that we didn’t quite like about the Windows 10 Technical Preview:

1) Cortana is missing: Well, missing from the Asian build of Win10TP, that is. Microsoft’s voice-activated digital assistant is well and alive in the ‘Search bar’ next to the Start Menu button, if you live in the United States or any country where Cortana’s knowledge and wisdom have already been made available on Windows Phones.

2) Control Panel and Settings: There are still two ways to change the PC’s settings – one is through ‘Settings’ and the other through ‘Control Panel’. There are overlaps, but Microsoft sees this as a benefit, since Control Panel can cater to experienced users while Settings is targeted at new users.  We see it as confusing.

3) Light sleeper: Getting the Surface Pro 3 to Sleep (either through the Power button or the OS) would turn off the screen, but it wouldn’t really go into Standby mode. The screen turns back on as soon as the screen is touched in any way.

4) Reduced battery life: Since Win10TP is in no way optimised as yet, there are probably a lot of software processes that are going on in the background all the time, which explains why the battery life on the Surface Pro 3 is average at best. The tablet never operated beyond 4.5 hours before giving out a low battery warning (pic, below) and requesting to be plugged in. The Surface Pro 3 also generated a fair amount of heat, which plays a part in reducing the longevity of the charge. 5) The Wireless Display adapter (pic, right) didn’t work consistently:  It’s not possible to stay connected to the Microsoft Wireless Display Adapter, as the signal would drop after less than a minute or so. Connecting up with the adapter proved challenging as well.

So, if you feel the pros outweigh the cons, and plucked up enough courage to install the Windows 10 Technical Preview, it’s not too late to do so.

That in fact, would give you a chance to take part in Microsoft’s upcoming contest where the prize is an all-expense paid trip to visit Microsoft’s headquarters in Seattle, to get acquainted with the people behind the operating system. For the instructions on how to enter this competition, click here.

The full commercial version of Windows 10 will be made available later this year. Within the first year of the launch, it will be a free download for Windows 7, Windows 8 and Windows 8.1 users.

Going beyond the surface Sure, you’ll get a stylus (Surface Pen) bundled along with it so you can scribble and doodle on the screen, but if you want to be productive with a  keyboard and mouse, you’ll have to fork out an extra US$129 (S$143/ RM$409) to purchase the very well-constructed Surface Pro Type Cover.

However, as mentioned earlier, the retail promotions currently on-going should help shave off some of that cost.

But that’s not all. Those of you who really want the full flexibility of a PC may not be satisfied with the single USB port on the Surface Pro 3. You could simply bring along an inexpensive USB port extension everywhere you go, or you could go for the slick-looking but costly Surface Pro 3 Docking Station (pic, below) for US$200, which essentially turns your tablet to a desktop PC. And, should you need to project the screen out to a larger display, expect to fork out another US$40 or US$60 for a display adapter, depending whether you prefer a wired or wireless option.

Adding all that together, investing in a mid-tier Surface Pro 3 model (Intel Core i5 128GB) along with the keyboard cover and display adapter would be equivalent to buying a similarly spec-ed MacBook Air with 256GB of memory, or high-end configurations of 2-in-1 devices from the likes of Lenovo and HP.

However, if you’re in the market for the best Windows-based tablet, the Surface Pro 3 should be high on your consideration list, thanks to its gorgeous high-resolution 12-inch display, its flexible kick-stand, its size (which uses the 3:2 aspect ratio) and the weight, which despite coming in at slightly over a kilogramme (keyboard cover attached), is comfortable to hold for an extended period. Having used one for the better part of a month, we can definitely agree with many of the reviews out there that have given this product a thumbs-up.

The only thing left to consider is whether to wait for the launch of the next version of Microsoft’s tablet and purchase that model instead (it will most likely be powered by Intel Core M processors), or wait for the price of the current Surface Pro 3 to drop further, once the new one is released in the market a few months from now.

Do let us know in the comments below about your own experiences with Windows 10 Technical Preview, or if you're planning to buy a Surface Pro 3. 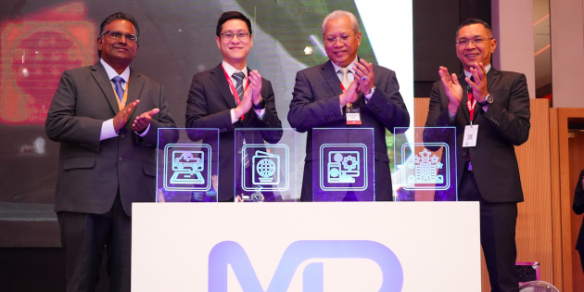