WHEN Microsoft Corp launched Office for iPad in March, to say that the industry was surprised would have been a mild understatement.

Reactions around the world ranged from “Well it’s about time!” to “I never thought I’d live to see the day!” – illustrating just how big a challenge Satya Nadella had ahead of him as chief executive officer of Microsoft, a role he stepped into in February.

What new direction he would steer the company in and whether he could make any real change in an organisation so deeply entrenched in its ways has been the subject of much speculation and commentary since news of his selection broke.

Indeed, after I returned from my visit to the heart of the empire in Redmond, Washington back in March as part of its ‘Underground Tour,’ I found myself religiously checking news updates and gently poking sources, grasping at any hint I could find.

The Office for iPad move served as Nadella’s official public debut and signalled just where he would be coming from in terms of his designs for the company.

Since then, a series of moves made has demonstrated that for the first time in a long time, the company has come to terms with its present reality.

In the good old days, Microsoft made good money selling shrink-wrapped software. But times have obviously changed. The company now competes with competitors which provide a similar suite of products and services to consumers.

However, unlike Microsoft, they don’t make their money off the software but rather the user data. Changing an almost 40-year-old business model is painful to say the least, but the past six months has looked promising for the software giant.

Among the many developments, the most notable one was the news that Microsoft’s enterprise cloud services including Microsoft Azure, Office 365, Dynamics CRM and Windows Intune services meet the standards of European Union privacy laws.

This is especially pertinent for its European business, as the dogged intensity of the journalists from the United Kingdom and Germany on the security and compliance aspects of its Azure business was evident during the Microsoft Underground Tour at Redmond I attended in March.

Things certainly got awkward as executives from the Azure business struggled to answer pointed questions about the company’s moves in addressing encryption, privacy, data sovereignty and government surveillance.

In an almost choreographed move, all deferred to a blog post by Microsoft general counsel Bradford Smith, which outlined the company’s stance on the matter.

On the mobile front as well, I observed with some amusement during a briefing with representatives from its Windows Phone division at Redmond, then recently returned from Mobile World Congress in Barcelona, highlighting the budget to midrange segment and its growing importance.

A realisation that the majority of its competitors globally, and especially those with large footprints in emerging markets, had grasped much earlier.

I also read with amusement Western media coverage in August when more details of Microsoft’s mobile strategy were disclosed.

“We’re going to be everywhere,” a Microsoft executive told Quartz tech editor Dan Frommer on the company’s “surprising ‘Plan B’ for mobile.”

While the strategy is by no means surprising or revolutionary, it was the fact that it was coming from Microsoft, considered one of the more stubborn technology giants, that made it so.

“If you look now, it’s already starting to happen. Microsoft – yes, Microsoft – is building and shipping apps for iOS, Android, and the Web. And people aren’t ignoring them.

“Its Office apps for iPad have been downloaded more than 35 million times, and Word is routinely a top-10 iPad app. Its Word, Outlook, and OneDrive apps show up in the ‘Popular’ section of Google’s Chrome app store. It’s working on more,” wrote Frommer. 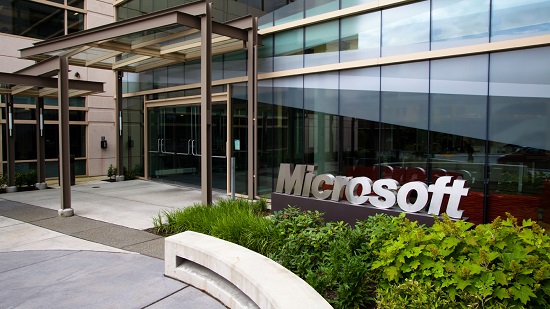 This aggressive cloud-driven strategy appears to be paying off. During Microsoft’s recent earnings report for its fourth fiscal quarter, which ended June 30, the company's revenue reached US$23.4 billion, a year-over-year increase of almost 18%.

It was driven mainly by its cloud businesses, which saw revenue expanding almost 150% to an annualised run rate of more than US$4.4 billion.

In a report for CITEWorld, Mary Branscombe wrote that it made “painful sense” for the company to do so, noting that the team wasn't working on robotic systems like self-balancing robots or self-driving cars, but concentrated on research into development tools for robotics, like Microsoft Robotics Developer Studio, and on interactions between humans and robotics.

“Both are interesting and important areas but neither of them is going to give Microsoft major market share or breakout success in a market that is still largely confined to academics and hobbyists.

“This is clearly Microsoft making a painful but practical decision to narrow its focus from working in areas that are unusual, interesting, full of potential, and unlikely ever to have a major impact, to projects where it can really stand out,” Branscombe said.

That to me is the starkest demonstration yet that Microsoft is becoming more self-aware as an organisation, streamlining and narrowing its focus to do more with less, versus the glowing days of yesterday when research dollars could be spent on the most fantastical of possibilities.

Let Google and its Google X Labs have their time in that spotlight. After all, they’ve got the required amount of cash one would need to burn long-term to generate a single commercial success from multiple projects.

These moves are necessary for a company like Microsoft to adapt to a new business reality and regain some of its former lustre and reach – going hand-in-hand with its attempts to convert its global user base to cloud-based subscription services and its new focus on platforms and productivity.

But of course, it is Asia and more specifically South-East Asia, that we here at Digital News Asia (DNA) are more focused on.

I had been rather blunt in my responses to an executive from Microsoft’s global corporate communications department during a dinner event at the Underground Tour, expressing my frustration over the seeming lack of priority for South-East Asian markets such as Malaysia.

Especially, given my fresh discovery of just how much more there was to the company beyond its Office software suite, Windows operating system and Xbox gaming console.

“So do you think it’s a communications problem? That we’re not getting our story and message out there clearly?” asked one executive after I’d had my rant.

At the time, I had diplomatically answered that perhaps it was indeed a case of conflicting or warbled messaging. But upon reflection, I realised my answer should have been: “It’s not a communications issue, it’s a business issue.”

It’s not just that we don’t know about all the things Microsoft does, but the fact that the really powerful, useful bits that’s software- and data-driven and highly dependent on localisation, is just not switched on in many markets outside of the United States.

I’ve always felt that there was something slightly cruel about being told about all the wonderful things a company has, only for the pitch to end with “oh it’s not available here yet” followed by “we don’t know when it will be.”

“But the change of focus that Satya [Nadella] promised to deliver can slowly be seen,” he said however.

The most glaring gap is of course the still-officially-unavailable Xbox One for the country, which will have its historical debut in China on Sept 29. There has been no word on when it will be officially released in Malaysia.

I’ve written a lot about the significance of having this gaming console available in the market and won’t repeat myself (you can read my thoughts here). When it came to launch schedules of new devices, Chapree said that the Lumia phones are indeed “getting to Malaysia faster these days.”

“But that could already be seen before Microsoft completed the acquisition of Nokia Devices and Services (NDS).

“The company’s current focus for the Lumia range is in the affordable price segment and that segment is rather big in Malaysia. Furthermore, Malaysia is also one of the big markets for these devices which is a factor driving the speed of delivery,” he added.

Despite strong demand for the company’s Windows Phones, it remains a lacklustre performer for the company. Despite adding US$1.99 billion to Microsoft's revenue, the business only posted a gross margin of US$54 million.

The next quarter is expected to see some improvement for the company’s devices, especially with its Surface Pro tablet, which is reportedly selling well.

Asked about the Surface tablet, Chapree noted that the first and second-generation products took quite some time to be released in Malaysia.

“So, the company's decision to release the third generation Surface Pro not long after its release in North America was indeed surprising,” he said.

The rise of Asia-centric phone brands such as Xiaomi may also be contributing factor, a development that is also being felt by other big manufacturers such as Samsung and Sony.

“I believe that is why Microsoft has put more focus into pushing Windows Phone to the affordable price segment, whether through its own Lumia line or other original equipment manufacturers,” Chapree said.

While the Microsoft’s battle against its own inertia is almost won, its prospects in the region may prove trickier than before with many other suitors are knocking on the door trying to win Asian hearts, minds and a piece of wallets, both consumer and corporate.

Chapree doesn’t believe the company is losing ground in Asia, though it may be shaky times ahead still.

“Microsoft is still in the middle of transformation from Ballmer's Microsoft to the new-age Satya's Microsoft.

“At the same time, I also believe it is still adapting to a world where it has to listen and deliver what consumers demand versus the previous era, when it could just deliver something to consumers and command them to use it, whether they like it or not,” he said.

Microsoft still has a lot of catching up to do, and only time will tell if the complete transformation of the core which has defined it for so long, will happen fast enough to better compete with smaller and far more nimble players which are focused on Asia.

For those who remain loyal to the company’s offerings, I get the sense that there is but one sentiment they wish to express: Do more, and hurry up.