SLOWLY but surely, an interesting internal disruption is happening at one of the leading media groups in Malaysia, Star Publications (M) Bhd, which if successful, would have it riding the waves of change that are sweeping the media industry, instead of being drowned in it.

Bursa Malaysia-listed Star Publications, which is in the final process of changing its name to Star Media Group, publishes the country’s No 1 English daily The Star, and operates the leading online news portal, The Star Online.

The group reported revenue of RM1.01 billion (US$280 million) for its 2014 financial year, a dip from the RM1.02 billion the previous year. This also marks the first year that it has reported its digital revenue, though it has chosen to lump it together with print.

Revenue from publishing, printing, and distribution of newspaper and magazines plus digital made up RM706.47 million (US$198 million). 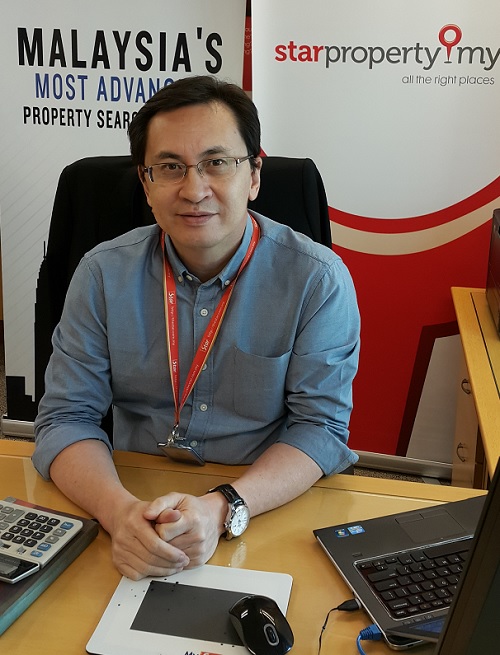 Leading the disruption, or ‘pilot project’ as he prefers to call it, keenly aware that there are still pockets of resistance towards what is happening, is Timothy Hor (pic), a former technology entrepreneur who first joined the company in 2013 as general manager of its Digital Business operations.

As Hor draws out the underlying premise of what is happening at The Star, it is the rising belief that while having loads of readers – for its print publication and various digital properties (around 4.5 million unique visitors a month) – is great, increasing advertiser pressure for measurable returns on their ad spend means that the game is changing.

His role is to prepare The Star for this different environment. For while today some companies still just buy advertisements, in the future, Hor predicts that advertisers will really drill down to identify their target markets, and then approach the media to ask if they can buy that specific audience.

“Businesses need to be smarter moving forward into this new paradigm, and not waste money buying space. After all, what’s the point of buying a million eyeballs if they are not relevant?” he poses.

“As a result, the power of a media company is no more just the space you own online or in the newspaper.

“Rather, it is your ability to create relevant and engaging content. Media companies have to be smart in creating content that is relevant,” he adds.

Not just relevant to advertisers, but useful to readers as well.

In response to this change, there is an increasing belief in The Star that it is digital that will drive the all-critical conversion that advertisers crave.

After all, digital allows you to track, trace and engage with readers. But at the same time, there is an awareness that digital, on its own, cannot do the job, says Hor.

“We are finding that an omnichannel strategy works for us,” he says.

By this, he means that The Star has been pooling its various assets together – be it radio, TV, events, digital and print – to come up with targeted and customised campaigns around content, not just advertising messages, aimed at particular segments of readers its advertisers want to reach.

Taking this a step further, it has invested millions to build its own Data Management Platform which will allow it to identify and classify its various readers into different ‘tribes,’ as Hor prefers to describe it, and to then deliver specific content-led marketing campaigns to particular tribes.

Cookie-based technology plays a key role here. “To me it is just a tool to allow you to filter out different tribes within your ecosystem,” he says.

Interestingly, the role of verticals becomes more important in this drive to identify specific tribes. For instance, portals targeted at food, automobiles, property, SMEs (small and medium enterprises), finance, technology and so on, will naturally attract readers who are much more interested in these content types.

With its digital assets, The Star has certain verticals that Hor intends to deliver to advertisers – when there is a fit.

Realising that there are various vertical portals out there that will have relevant audiences that The Star’s own advertisers may want to target, Hor talks about delivering “extended audiences” to advertisers by way of partnering with other portals.

How serious is this? The Star is organising an ‘Audience Buying’ seminar where it will explain the concept and its merits to its advertisers and other portal owners.

It is equally serious about the omnichannel strategy. It started this pilot with its StarProperty portal, an obvious decision as developers make up the single largest group of advertisers. The outcome has been robust, according to Hor.

He shies away from breaking down the portion of revenue contributed by its property-related activities, claiming that “both revenue and profit before tax more than doubled in 2014 over the year before.”

And that has been the trigger for the ‘pilot project’ to ramp up to the next level. From running the digital business, Hor, since January, is now the general manager of the Property Business and responsible for all the company’s ‘property assets,’ both print and digital, and will work closely together with the events arm.

Something is definitely happening in The Star with what Hor is doing. While disruption is never associated with big companies, in moving to a new model of audience buying, it implicitly recognises that disruption will happen, and The Star would rather lead that disruption than have it inflicted on it.