Post-restructuring, Rev Asia aims for No 1 spot in ‘social news’

AFTER making the tough decision to shut down several lines of business, Malaysia’s Rev Asia Holdings Sdn Bhd has embarked on a three-year roadmap that it says will transform it into one of the largest digital media companies in the region.

Rev Asia was born from the merger of select assets of Catcha Media Bhd with Says Sdn Bhd, the owner of Says.com. It launched to much fanfare in 2013, saying the merged entity would change the digital advertising game in South-East Asia.

But December 2014 saw the company, listed on the ACE Market of Bursa Malaysia, discontinued the operations of various titles – including premium magazines like Stuff, Prestige, Mint, and Clive – after its publishing business saw a slide in revenue.

The culls included layoffs, reducing its staff strength from more than 80 people to approximately 50.

It also ended its partnership with HCK Media Sdn Bhd, which had involved reselling and operating all advertising inventory across HCK Media's digital assets.

“We weren’t focused ... there was no focus. So, we had to restructure our business focus, ” Rev Asia managing director Voon Tze Khay told Digital News Asia (DNA) in Petaling Jaya recently.

With the painful restructuring now behind it, Rev Asia handles two main portals – Says.com and OhBulan!, a social entertainment site.

It still operates Business Insider in Malaysia, Singapore and Indonesia, but at a smaller scale. It does not have a dedicated editorial team like it used to.

To complement its content portals, Rev Asia has a content distribution arm. It operates 8share.com via REV Social MY Sdn Bhd, which functions like a private rewards club for social media users, allowing users to get cash every month by sharing content on their social network accounts.

It also has Klips, a sub-product of Says.com, an online movie community portal where users connect to read, curate, review, rate and share their favourite movies.

It still has print presence via Juice, a free monthly street culture and nightlife magazine in Malaysia with a circulation of 38,000 copies; and Hanger, a fashion magazine published twice a year.

But the company is not out of the woods yet, with the financial performance of parent company Rev Asia Bhd (Rev Asia Group) still taking a hit. Based on Rev Asia Group's recent annual report, it owns a 70% stake in Rev Asia.

The decline in revenue was mainly driven by the lack of revenue contribution from the print businesses it had closed, while the group's net loss was partly driven corporate expenses. 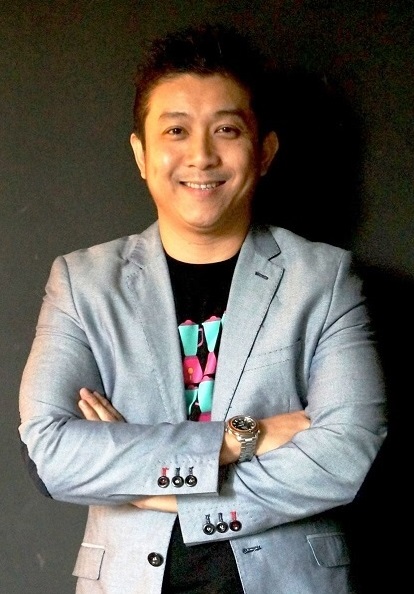 Despite the decline in revenue, Voon (pic) remained optimistic.

“This is a further testament that we made the right decision to restructure the company,” he added.

One of the main reasons its current portfolio of products was able to register such growth is its increasing focus on sponsored content.

From April 2014 to April 2015, the company managed to double its revenue contribution from sponsored content.

However, that ratio will change by the end of this year, with sponsored content expected to be the largest revenue contributor, according to Voon.

“It is a business where premium publishers – who are continuing to sell at a very premium price based on duration and impressions – are seeing a decline in sales, simply because they are being overtaken by bigger players coming in with programmatic buying,” he added.

Voon is hedging Rev Asia’s bets on sponsored content revenue based on his belief that consumers will always appreciate good content.

“We see content as a very important piece of the advertising business journey because consumers, when they go online, don’t seek out advertisements. They seek out good content, whether it is content shared by their friends or content they seek out themselves.

“We believe that good content, whether it is sponsored or not, will eventually find its way around to social media users,” he said. “In short, content is king.”

There is also the synergy between its content distribution arm and its sponsored content business. For example, if an airline wants to create a campaign to grow sales for its Kuala Lumpur-Perth route, it will work with Rev Asia to come up with sponsored content to boost awareness.

“What we can do is to come up with an article on the ‘top 10 fun things you can do in Perth for less than A$50’ on says.com, and then we can use 8share to distribute the content,” said Voon.

No 1 social news network in Malaysia

Despite his optimism, Voon stressed that the company should not feel complacent and would need to continue to evolve, grow and expand over the near- to medium-term.

“Over the next 16-24 months, our vision is to become Malaysia’s No 1 digital social news network. We are confident that with plans in the pipeline, we can achieve our goals,” he said.

Voon said Rev Asia will be looking at both organic and inorganic (mergers and acquisition) strategies to achieve this goal.

“We are looking at both options – to grow the existing team and talent pool, and also to acquire when the opportunity arises,” he said.

“We hope to be able to close at least one deal over the next 12 months,” he added.