IF all marriages were made in heaven, as the saying goes, then Microsoft's Xbox division would be on top of the world at the moment. But as too many people can attest, marriages can also be made in hell or at least, purgatory.

That seems to be the fate of Xbox One at this time as it is well behind Sony's PlayStation 4 in unit sales. But there is a new relationship in the offing which might change its fortunes. Microsoft is planning to 'marry' some of its Windows 10 PC features with the Xbox One.

Microsoft will be hoping that the new Xbox One updates scheduled to arrive in the next few weeks will change the console's fortunes. The new marriage will bring Microsoft’s Cortana voice assistant to Xbox One and bridge the gap between the Xbox One and Windows Stores.

Mike Ybarra, Director of Program Management for Xbox, explained in a blog that Cortana voice commands will soon work with both Xbox One headsets and Kinect. They can be used to find games, search for friends, and start parties. He also gave more details on how the Windows Store will work on the console. New channels will be added to the Xbox Store to enable better discovery and customers will also be able to filter, browse, and search results by genre, read user-submitted reviews and find deals using new pricing lists. Similarly, on the Windows Store, players will be able to browse and purchase bundles, episodic games, season passes, virtual currency, and other game add-ons and DLC.

There will also be a Windows Game Bar with improved full-screen support, an app that will let Xbox One users share game clips and screenshots from Xbox Live to Twitter and a revamped Game Collection interface that should make it easier to find and launch games.

See this video for a quick overview.

But control your excitement a bit for now. Initially, Cortana will be just a preview in the U.S., U.K., France, Italy, Germany and Spain first. The Asian dates are yet to be confirmed.

As part of the update, Facebook Friend Finder will be expanding from the Xbox app to Xbox One. As more gamers link their Facebook and Xbox Live accounts, players will start seeing more suggestions for Facebook friends to add and game with on Xbox Live.

Gaming video freaks will also have something to celebrate. The update will allow you to record video clips on the Xbox One, edit in an external video editing application like Adobe Premiere Elements and upload the final version back to the Xbox One.

On the PC, Windows Game Bar will support more games running in full-screen mode.  These games include League of Legends, World of Warcraft, DOTA 2, Battlefield 4, Counterstrike: Global Offensive, and Diablo III. With those games, you can use Windows + G command to bring up the Windows Game Bar when the game is running full-screen.

Microsoft says top PC games like League of Legends and XCOM 2 will be visible to the Xbox Live community. These PC games will have their own Game Hubs on Xbox Live. Whether you’re on your PC, Xbox, or mobile phone, gamers will be able to see what PC games your friends are playing, share your own PC gaming clips and screenshots with the community and message your friends on Xbox Live. On both Xbox One and Windows 10 PCs, you will also be able to party chat with your friends no matter what they’re doing.

Rather wisely, Microsoft has chosen not to force feed all these features to all gamers. Users can choose what features they want to participate in. Additionally, the company is merging the Windows Insider program with the Xbox One Preview program to streamline feedback and updates.

So much for the features of the impending marriage. But will the strategy to bring PC and Xbox One gamers together actually work? More importantly, is it sufficient for the Microsoft console to overtake the PlayStation 4 or at least reach parity?

I am not convinced this European Union-style ever closer integration of the Windows 10 gaming ecosystem and Xbox One is going to provide a fresh set of gamers for the latter.

Just look at the console market numbers. After the heyday of the PlayStation 2, when the Sony console sold over 150 million units worldwide, no other console including the very successful Nintendo Wii (with over 100 million units sold) has come anywhere near that install base.

Or to put it another way, the gaming console market is actually shrinking since the glory days of the PlayStation 2. To cap it all, Microsoft has now stopped reporting Xbox One sales figures - no doubt annoyed with the media's constant comparison with the better selling PlayStation 4.

But this has not stopped the famous historical arrogance of the company from surfacing time and again. Way back in 2013, Microsoft’s senior vice president of Interactive Entertainment Business Yusuf Mehdi, projected Xbox One unit sales between 400 million and 1 billion consoles in its lifetime.

Obviously, he must have been smoking something interesting or assuming a console 'lifetime' stretching to multiple decades rather than just 7 to 10 years.

A platform which Microsoft wants to run on all types of gaming devices including PCs, tablets and of course, the original console. Suddenly, Microsoft's claim of a billion Xbox One units may not be that farfetched. Never known to be shy, the company could within a few years claim to have sold over a billion Xbox Ones simply due to the huge install base of Windows 10.

Microsoft's strategy to woo gamers from the other side of the gaming divide is hardly an innovative strategy. More than 15 years ago, GPU pioneer 3dfx tried to woo PlayStation gamers by advertising in console magazines. It was a pointless initiative and the company later went bust. 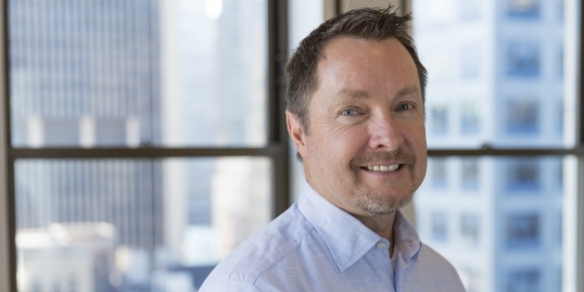