THERE'S big money in games – that is, if one could crack the formula for success in a saturated and fickle consumer space.

Research firm Gartner estimates that the worldwide videogame market, which includes console hardware and software, online, mobile and PC games, would reach US$111 billion by 2015.

Mobile games especially have been flaunted as the next frontier of opportunity as the fastest-growing segment, with revenue set to nearly double from US$13.2 billion in 2013 to US$22 billion in 2015.

There is also no doubt that Asia would also be the central arena for much of this revenue, dominated by markets such as China, South Korea, and Taiwan.

The Global Mobile Game Confederation (GMGC) was founded two years ago in Beijing to provide a platform and support for the mobile gaming ecosystem – intended not just for developers and publishers, but also for operators, advertising networks, payment solution providers, and investors.

The organisation holds China’s largest business-to-business mobile game conferences annually, one in Beijing and another in Chengdu, and claims a membership of over 230 chief executive officers.

GMGC made its debut in South-East Asia in 2014 with the first Mobile Game Asia conference hosted in Singapore. The second conference was held in Bangkok in January 2015, and drew an attendance of over 1,000 professionals, with 33% of them flying in from 26 different countries.

According to Maxim de Wit (pic above), vice president of International at GMGC, the Mobile Game Asia conference series is an effort to put a spotlight on the fast emerging South-East Asian markets.

“Our goal is to draw professionals from around the world to come and meet with the local communities, facilitate new partnerships and collaboration between them,” he told Digital News Asia (DNA) via email.

Below, de Wit shares some thoughts and insights into emerging trends in the mobile gaming scene, and the role South-East Asia plays in this booming space.

DNA: South-East Asia is very fragmented and certainly not be the first market that comes to mind for a game company that is looking at maximising returns on its development work. What are Chinese mobile game developers and publishers seeing in a market that is much smaller and more fragmented than their own?

De Wit: There is a lot of growth potential in South-East Asia. Although the markets are extremely diverse and fragmented, we are seeing a lot of local developers experimenting with different game styles and monetisation models.

On the whole, we are seeing a market that is eager to learn and innovate.

Chinese developers and publishers have seen great success in their home market, which has given them the funds to look elsewhere for expansion. The reason South-East Asia is an attractive market is that culturally, user preferences are more similar to those of Chinese players, as compared with western countries.

In that sense, South-East Asia is a viable ‘spring-board’ for Chinese developers and publishers looking to expand westward.

As the market matures and, correspondingly, as mobile game developers become more sophisticated and more dominant in their local markets, I’m sure we’ll see some interesting competition between the already dominant western and North/ East Asian markets and South-East Asia’s developers. 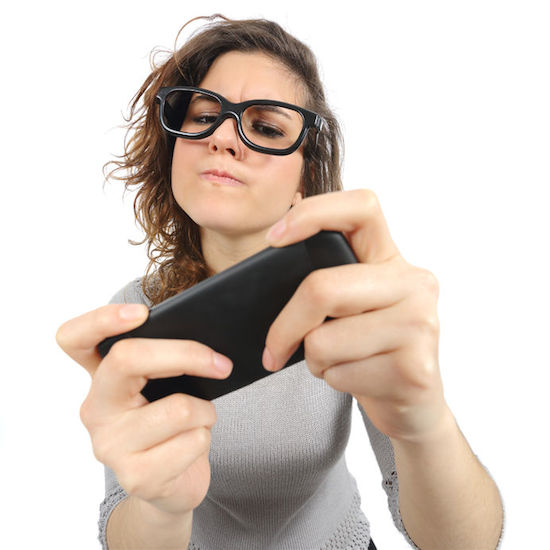 DNA: What is your response to potential fears of content developers in China flooding local markets to the detriment of local developers in South-East Asia?

de Wit: Content developers from around the world, not just China, are making strong moves into South-East Asian markets. I think it is good that there are more games coming into the market there to meet the demand of players who want to play games on their mobile devices, and it stimulates the growth of the markets.

We are already seeing more local developers rise up to the opportunity, and as they gain experience and grow, I believe they will be able to slowly gain a stronger foothold in their own markets.

Until then, content developers from different regions around the world will be there to meet the demand.

de Wit: If there is one particular lesson that I could highlight, it would be that China’s developers really know their market very well. They study what their users prefer playing, who is playing games, how long games are being played, and when they’re being played.

They keep their eye on the charts and make sure they’re creating games that there will be demand for, rather than creating games and assuming the game will get played.

This in-depth knowledge of their users has helped the Chinese market develop extremely quickly, and enabled Chinese developers to see success both in their home market and outside as well.

In South-East Asia, there is a lot of potential for developers to be creating games for their local markets, but they should also keep an eye on what is happening on the regional and global scale.

In our recent conference, Mobile Game Asia 2015 Bangkok, we held an Indie Pitch Arena, where invited indie developers pitched the initial versions of their games to an audience and a panel of judges, with a chance to win cash prices.

Most entries we saw from developers in the region were made in English instead of their local language, which is great to see – it’s clear that these developers already have their eye on a broader market.

DNA: Each market in South-East Asia has its own unique characteristics in terms of game category, payment or play-style preferences. Can you share any insights into standout quirks about some of these markets?

de Wit: I think in general we see the South-East Asia mobile games market as strongly influenced by both Western, as well as Chinese, Korean and Japanese games.

For example, in Vietnam, games based on Chinese IP (intellectual property) like Romance of the Three Kingdoms and Wu Xia (from famous author Jin Yong) have much more recognition. Meanwhile in Singapore and Indonesia, we see that Western games are more prominent.

In Thailand, people are very much into social media. Mobile games that leverage on this can potentially do very well. If we look at the App Store, we can see that games distributed on LINE (the top social messaging platform in Thailand), for example, do very well

DNA: We know that freemium has won the revenue model war but what are the lingering issues in the freemium, or free-to-play model that need to be addressed?

de Wit: The main problem with the dominant freemium model is that it relies heavily on a very small percentage of players generating all of the revenue. Although it is the ‘reigning’ model at the moment, and will continue to reign for the coming years, the industry really needs to have a think about a more sustainable approach to monetising mobile games.

One approach that is working well for some developers is 'incentivised advertisements.' Incentivising ads allows players to choose to watch a short advertisement in return for a reward, such as an extra life, or in-game currency.

As a result, users are happy because they’re choosing to interact with the ad to further their game-play, and don’t have to pay a cent to do so; on the other hand, the developers still get paid – which is fantastic.

DNA: What is the dominant business model for game development studios in China and South-East Asia?

de Wit: Development studios in both China and South-East Asia definitely don’t use a scattershot style approach. They make one to a few games at a time, depending on their size, and focus on creating hit titles.

As for self-publishing versus partnering with a publisher, small development studios with limited resources tend to partner with larger publishers, as they do not have the resources needed for marketing and user acquisition.

What we often see is that development studios become successful and grow larger, then invest the money gained into starting their own publishing arm to publish their own games and the games of others.

Both models are sustainable, as long as there is enough care and resources for both the development of the game as well as the publishing.

DNA: What kind of work does GMGC do with governments wanting to accelerate their mobile games industry?

de Wit: GMGC already works with a number of government bodies that focus on supporting their countries’ industry players. We work with them by giving insights and advice into the mobile gaming industry.

Often, companies from their respective countries would approach their government bodies for help, such as finding suitable overseas partners as well as advice on market entry. They refer these companies to us, and we take it from there.

Additionally, every time we hold a Mobile Game Asia conference, we reach out to the appropriate local government body to give them a heads-up so that they can also use their channels to make local players aware and make sure they get involved.

In other words, we keep in touch with governments to give them a better understanding of what is going on and let their local companies come to us for help, but we focus on working with the industry players directly to accelerate their growth and that of the industry.