WATCHING a group of trade visitors laughing and playing together in front of a large screen during the recent GameStart 2015 videogames expo in Singapore, reminded me of how interactive entertainment is great for bringing people together to just have fun in a living room.

I’ve seen similar situations when families got together to play a game of virtual tennis with Nintendo’s Wii games console, flailing their arms as they used a motion-based wireless remote to hit the ball shown on the screen.

Or in Just Dance, a dancing videogame where players stood in front of the screen and followed the movements of the avatars on the screen, while moving to the beats of the latest pop songs.  The Xbox 360’s Kinect camera would track their movements and translate it on to the screen, scoring points along the way.

The difference with this group of people, is that one of them is wearing Sony’s PlayStation VR headset and playing the role of a gigantic monster, while the rest of the group are in control of cute critters who are trying to take the monster down.The player wearing the headset sees the entire world in a first-person perspective, a world full of bright, gorgeous colours which literally surrounds his vision.  There is no end point here to take him out into reality. He also sees all the critters throwing things at him, which he needs to avoid by moving his head. Every now and then, he can use his head to hit an obstacle to break it but most of the time, he needs to avoid the flying objects coming his way. The other players in the room meanwhile, see the monster from a third party view, and use their game controllers to pick up items to throw at the monster. Mayhem and laughter ensues.

The game, called Playroom VR, was one of the demonstration titles showcased by Sony Computer Entertainment Asia at the Singapore event, and meant to introduce what virtual reality games would be like when the company launches the headset peripheral for its PlayStation 4 (PS4) game console.

Sony’s Worldwide Studios President Shuhei Yoshida recently said during the Paris Games Week that the pricing and availability of the PlayStation VR would be announced in 2016. PlayStation VR isn’t the first virtual reality headset to garner the attention of gamers. The hype first started with Oculus Rift, a company now owned by Facebook and with plans to launch a consumer edition of its headset within the first quarter of 2016.

Taiwan’s HTC is another company with big plans for VR with its upcoming HTC Vive headset. It is collaborating with PC gaming giant Valve to bring virtual reality experiences to its Steam platform.

And then there’s Microsoft, which unveiled a slightly different take, using augmented reality through its HoloLens which combines your actual surroundings with computer-animated imagery. Its recent demo at its hardware devices event in October showed how a player could potentially fight off aliens that were invading his living room.

So what makes PlayStation VR different, and could this really help define the next generation of interactive entertainment? 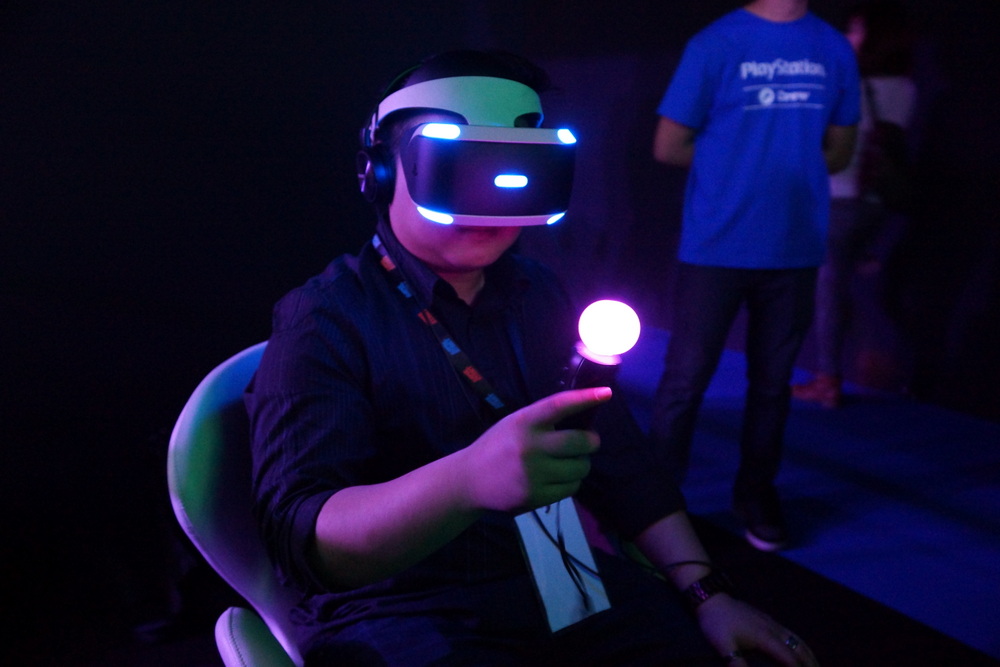 Wedbush Securities’ gaming industry analyst Michael Pachter seems to think so. In his Pachter Factor video, he believes Morpheus (the project code name for PlayStation VR) will succeed “because it is designed to work with the PS4,” he said.

“So you’re going to have an installed base of around 30 million PS4s by the end of 2015, and Morpheus is not launching in 2015, it’s launching next year, so you’re well on your way to 40 or 50 million PS4,” he added, referring to the large potential market for PlayStation VR.

He said VR applications will focus on games initially, and the PS4 is able to power that through its combination of powerful CPU (central processing unit) and GPU (graphics processing unit) found in the console.

Not everyone shares Pachter’s optimistic view.  One of the world’s largest game publishers Electronic Arts (EA) remains cautious on VR.

According to a Gamesindustry.biz report, EA’s chief financial officer Blake Jorgensen said during the UBS Global Technology Conference, “There’s some challenges still and I think the biggest challenge is just the size of the market”.

"I think the reality is, the next one to three years, it's probably going to take some time to build up a sizable marketplace and you might see alternative uses for virtual reality first before it becomes gaming," Jorgensen was quoted as saying.

To see for myself if VR is all that’s hyped to be, I visited Sony’s cavernous booth at Gamestart and tested out a few of the virtual reality demos. I found them to be immersive and engaging. One of them, called The London Heist Getaway, had me sitting next to a driver in a getaway car and taking out pursuers with a revolver. Using one controller on each hand, I was able to shoot the enemies (the controller has a trigger button), switch the gun from one hand to the other, and reload my gun with an endless supply of bullets. I tried shooting the driver (pic below), but he seemed unfazed. 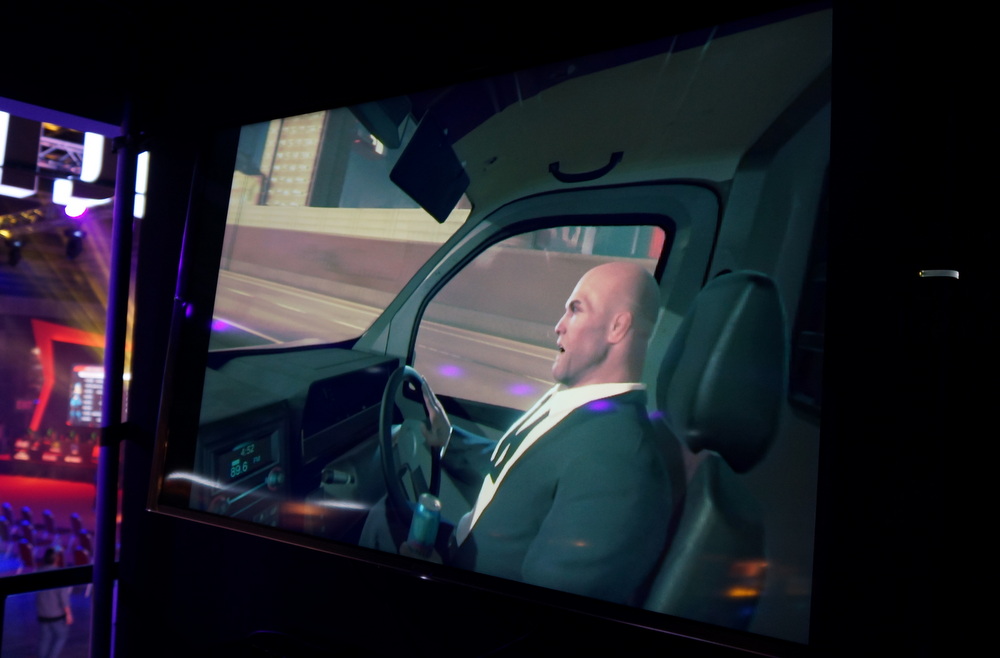 Another demo, The Kitchen, is meant to scare. I was tied to a chair inside a dilapidated kitchen and was only able to move my arms, since my hands were also tied together. A grotesque-looking woman violently attacked me, and when my associate tried to save me, he was dragged away to another room and killed.

Coming back for me, the monster came very close to my  face, forcing my instinctive response (and a similar response from the other players) to move my head backwards before I was also killed. The only things missing were the dank smell of the kitchen and the fresh smell of blood from my injured knee when she sank a knife in it.

The lack of pain from the physical harm kills the illusion – though I think if someone actually poked my knee at that point with a finger, I would probably have let out a yell. Still, what made the most impact for me was observing this group of working adults having fun with Playroom VR. In this game, which looks set to be a launch title when Sony starts shipping the headset, the goal is to get others involved.

Speaking to Digital News Asia (DNA) after the demo session, Sony Japan Studio’s producer for Playroom VR Nicolas Doucet (pic below) said, “For a long time, VR has been a solo experience, but with PlayStation VR you can have multi-player, mixing the TV and VR headset.” “Someone in the group is likely to be a gamer, who purchased a VR headset. The people around might not be necessary very accustomed to games, so we’re trying to broaden the interest in VR,” he added.

Playroom VR is the follow-up to Playroom, a free title for the PS4 which helps introduce aspects of the console’s game controller and camera to new users. Doucet, who also worked on that game, said, “From the beginning we wanted to have a warm image and appeal to people that perhaps don’t play games actually. So this time with Playroom VR, we want to have the same approach.”

The development team, comprising of 10 people, took about a year to put Playroom VR together, after spending time familiarising with the hardware and testing some game concepts.

“We take new technology and we try lots of things really, really quickly and you know, we see, Ah ok! - there’s an opportunity, there’s potential into this mechanic, and then we focus on it, and we try to basically break out into new innovative experiences,” he explained. One of the concerns from developers on building VR-based games is the additional resources required to create that virtual world, and run everything at 60 frames per second.

But Doucet said this actually turned out easier than he initially anticipated. Comparing it to his previous game which focused on augmented reality (AR), he said, “AR is really hard to do because blending a camera feed and CG (computer graphics) and making you feel that a character is in a room with you, was really difficult.”

“With VR you are controlling the environment 100% because it’s CG, so in fact, you make progress much faster than we did with AR, so I think there’s an expectation that it’s going to be harder but actually we’re a small team and we’ve managed to move really, really fast,” he noted. When I shared with him my own experience during my limited time with PlayStation VR, and how I would start to perspire after wearing the headset for a while and bopping my head around, he agreed that VR games will need to be different from the games we’ve been used to.

“There’s a general consensus that the experiences will be shorter than what we’re used to, comfort reasons being one of them. The immersion is quite intense and you’d probably want a break after a while.

“We’ve been used to games being 20 hours 30 hours, now we need to consider VR with its own rules. Something like a ride or an arcade game which could be for 5 minutes to 30 minutes, but within these 5 to 30 minutes, it’s very compact and really, really rich and right for VR. “Perhaps the value will come not from hours, but from variety and how impactful these moments are,” he said.

He gave an example of another demo which featured the player being in an undersea environment, in a cage, with a shark swimming around him.

“So that’s what VR can give you, so perhaps this experience is going to be more about the intense spikes over a short time and a lot of different experiences,” he suggested. Pachter believes users will buy the PlayStation VR, or any VR headset for that matter, for the content. Like any hardware device in the market, it’s no longer about what the hardware can do, but the content and new experiences it’s able to offer.

Having tried out PlayStation VR, I look forward to these new experiences when all these headsets make their way to the market. It may not be perfect and I definitely won’t be wearing them for extended periods of time, but the chance to be inside an immersive alternate reality is just too cool to pass up.