Microsoft proves there is life after Windows IT is not quite the Second Coming, but it is a resurrection of sorts. Microsoft posted revenues of US $20.6 billion in the fourth quarter of its 2016 financial year. Operating income was US $3.1 billion, compared to a US $2.1 billion loss in the same quarter last year. Net income was also US $3.1 billion.

The losses in 2015 were mostly a result of the US $7.6 billion write-down of Nokia's assets. Although there was another Nokia-related writedown this year, it was a 'mere' US $950 million.

The impressive thing is that the company reported increased year-on-year growth in every product segment. Its Cloud businesses, namely Office 365 and Azure continued to show the biggest gains. Even Windows was unusually strong.

The Productivity segment revenue was US $7.0 billion, up 5 percent, with operating income of US $3 billion, down 5 percent. Microsoft claims that customer Office 365 seats are up. Commercial users were up 45 percent, year on year, and consumer was up 52 percent to 23.1 million seats.

Intelligent Cloud segment revenue was US $6.7 bill, up 7 percent. Azure revenue was up 102 percent year on year, with compute usage more than doubling. Azure is not Microsoft's major cloud business - yet. It is Office 365.

The real surprise comes from the More Personal Computing division. Overall, the division had revenue of US $8.9 billion, down 4 percent, with operating income of US $1.0 billion, up 59 percent. In this segment, Windows license revenue was up. The non-Pro Windows revenue, representing consumer Windows sales, was up a substantial 27 percent. This is a real surprise as it bucks the trend of a falling PC market.

Google's big search competitor, Bing, was profitable for the full year, and in the fourth quarter its revenue was up 54 percent (or up 16 percent with traffic acquisition costs included) from a combination of both more searches and more revenue per search. The embedding of Bing in Windows also helped.

Having now seen the back of losses from the Nokia acquisition, Microsoft is now probably back on the right track. But there might still be problems in the future. One of this might be the company's purchase of Linkedin. If the portal fails to generate profits in the coming years, it might turn out to be another Nokia waiting to happen. 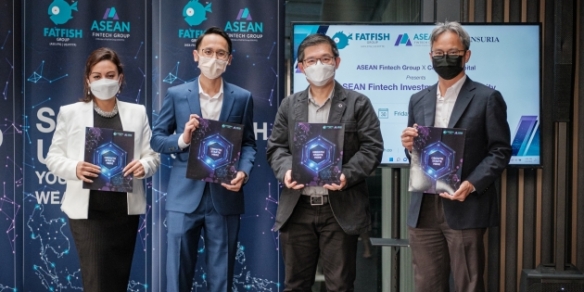