MICROSOFT Asia Pacific has announced a wave of new enterprise products and services that it claimed would enable companies to seize the opportunities of cloud computing and overcome today’s top IT challenges.

These new solutions complement its Office 365 cloud-based productivity suite and other services, the company said in a statement.

“As enterprises move to the cloud, they are going to bet on vendors that have best-in-class software as a Service (SaaS) applications; operate a global public cloud that supports a broad ecosystem of third party services; and deliver multi-cloud mobility through true hybrid solutions,” Microsoft cloud and enterprise executive vice president Satya Nadella (pic) said in his blog.

In its Worldwide Cloud Black Book 2013 report, IDC predicts that spending on public cloud services in Asia Pacific (excluding Japan) will grow from US$5.3 billion in 2013 to US$14.9 billion in 2017. In addition, IaaS (Infrastructure as a Service) and PaaS (Platform as a Service) are predicted to grow at a compound annual growth rate of 25% from 2013 to 2017.

In Asia Pacific, Microsoft Azure has grown at least three times faster than the market growth rate for IaaS and PaaS cloud services, the company claims, while demand for its virtualisation solutions, which support private and public cloud infrastructures, has grown 30% year-on-year in the second quarter of 2013.

This outpaced overall market growth of 1%, according to the IDC Worldwide Virtualization Tracker 2013 Q2 report published in September, 2013.

Microsoft recently announced that it is investing “several hundred million dollars” to expand Windows Azure in the region over the next two years with additional data centres in Australia, China and Japan.

“However, many organisations are realising that the hybrid cloud model is rapidly becoming a model that many would like to leverage.

“With the Windows Azure platform, Microsoft is well placed to be one of the leaders in this space due to the prevalence of the Microsoft platform and the ease of adoption of their cloud service offerings," he claimed.

Among the new releases is Windows Server 2012 R2 and System Center 2012 R2, which Microsoft said would help customers build IT infrastructure that delivers continuous services and applications across clouds.

The new Windows Azure Pack runs on top of Windows Server and System Center, enabling enterprises and service providers to deliver self-service infrastructure and platforms from their data centres.

Customers can also use the new Visual Studio 2013 and .NET 4.5.1 to create modern applications for devices and services; while the new preview Studio 2013 Modern Lifecycle Management solution helps enable development and business teams and IT managers to build and deliver better applications, faster.

On Nov 1, Microsoft would have begun offering Enterprise Agreement (EA) customers access to discounted Windows Azure prices, regardless of upfront commitment, without overuse penalties and with the flexibility of annual payments.

This would help customers utilise their investments in on-premise software solutions toward adopting cloud computing, the company said.

With Power BI, people can combine private and public data in the cloud for rich visualisations and fast insights.

The proliferation of cloud applications, data and consumer devices is moving many enterprises to a bring-your-own-device (BYOD) model. The new release of Windows Intune combines with System Center Configuration Manager to help IT departments give mobile employees security-enhanced access to the applications and data they need on the Windows, iOS and Android devices of their choice.

The on-premise version is expected to be available later in the fall for deployment either in-house or hosted by a partner. More information is available here.

In addition, Microsoft Dynamics NAV 2013 R2 is available today, offering small and midsize businesses interoperability with Office 365, full multitenant support, and a range of tools designed to support large-scale hosting of the application on Windows Azure.

Office 365 rolls out in more Asian markets, free for education 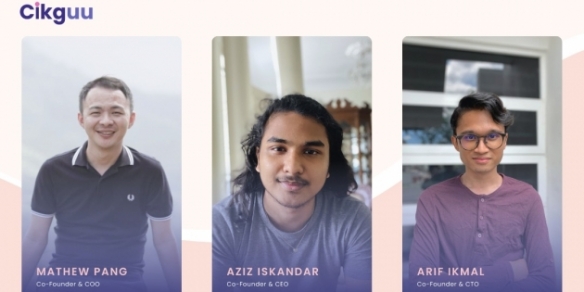