DESPITE the fact that consumers are spending more time online and on mobile, Malaysian marketers are lagging substantially behind their Asia Pacific and global counterparts in terms of digital and mobile media spend, according to a joint study on user behaviour by Yahoo and Mindshare. “There is a lot of wariness amongst marketers here as to whether the returns are really there, and how to measure results,” she told a media briefing in Kuala Lumpur on Dec 2.

David Jeffs, head of Insights, India & South-East Asia, Yahoo, summed it up even more cuttingly: “It’s inertia, plus you need to be more creative and innovative in how you approach digital and mobile [than you would with traditional media].”

It’s not about the penetration rates or the number of devices users have, however, but the amount of time they spend on traditional versus digital media.

Malaysian marketers would find few excuses here either. According to Mindshare data, on a daily basis, Malaysians spend 1.3 hours watching TV, 0.6 hours listening to the radio, and 0.3 hours reading newspapers or magazines.

They however spend 2.8 hours a day on their mobile, 2.7 hours on their PC or laptop, and one hour on their tablet. Malaysia stands out as a multi-device, mobile-centric country. Jeffs concurred with Deepika (pic) when she said that marketers should treat mobile as an independent platform, “and not just as an extension of your digital strategy.”

“Mobile cannot be a bolt-on or an afterthought any longer,” she argued, noting that businesses are also waking up to the reality of a mobile-first world.

Deepika said Singapore was pretty much in the same boat about two years ago, but has got more proactive in recent times, although it still lags Hong Kong and Taiwan.

“Traditional media consumption in Singapore had shrunk so much that marketers had no choice but to reach out to their customers via digital media. We’re trying to tell Malaysian marketers to be prepared for this shift, or they are going to miss the bus,” she added.

Yahoo and Mindshare’s Creating Brand Connections across Devices study looked at three countries this year: Malaysia, Singapore and Taiwan. The previous year, the study was conducted in India, Indonesia and Hong Kong.

Yahoo and Mindshare conducted the study to gain deeper insights into user behaviour, saying that it cements mobile’s position as the new mass media – and to provide guidance to marketers. This study builds upon the TNS Connected Life study also commissioned by Yahoo.

“As more technologies become a bigger part of more consumers’ lives, it’s becoming a bigger challenge for marketers to engage with their audiences,” said Deepika.

“How do you leverage these various devices to have different types of conversations with your customers? There’s been very little insight for marketers to navigate these complexities.

“At the heart of it, this is a cross-device study,” she added. 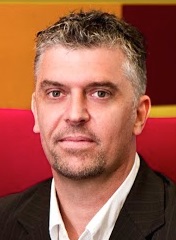 There are some caveats, however. According to Jeffs (pic), the sample size was about 600, and the study only looked at smartphone users in urban areas. Interviews were conducted online. Also, only personal use was tracked, not professional use which would have seen more action on PCs and laptops.

“In our study we found that the mobile platform presents a clear opportunity for brands to educate and engage the connected consumer – as it is playing an increasing important role in building meaningful brand experiences with consumers,” he added.

“We tracked the daily life of a user, a kind of a diary of activities of smartphone users starting from the time they wake up, to when they go to bed.

“We looked at a ‘needs-fulfilment’ point of use, or how devices met the needs of users,” he said, adding that a lot of it was essentially ‘lean-back’ use – where users sit back and consume media, as opposed to ‘lean-in,’ where they do tasks on a device.

“This is when people are more receptive to brand messaging, which marketers can leverage,” said Jeffs.

One standout was that 8pm to 11pm was essentially ‘prime time’ for the Malaysian consumer, or as the two companies described it, a ‘device-stacked’ period where PCs and tablets are also being used, although smartphone usage remains consistent through the day.

This prime time offers brands opportunities to integrate their campaigns across multiple screens, Yahoo and Mindshare said. During this period, users connect and engage in activities such as (in order) instant messaging (IM) or chatting; playing games; social networking; or reading content.

Also, a phenomenally high percentage (91%) of Malaysian consumers does pre-purchase research on their smartphones, above the 86% in Singapore, and just below Taiwan.

This implies a paradigm shift in terms of information flow, showing that users are actively engaging with brands on their mobile devices even before buying the product, the two companies said.

“This pre-purchase research has been going on for some time, but now consumers are also increasingly doing research in-store, when they are physically present at the store,” said Jeffs.

“This represents a great opportunity for marketers to make use of location-based services or technologies such as Apple’s iBeacon,” he added.

Next Page: Key findings from the study on Malaysia 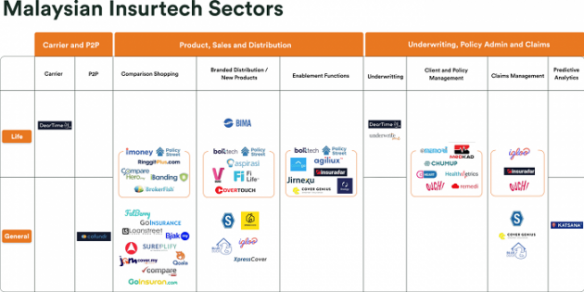