I WAS mildly amused at some of the questions hurled at a press conference during IDA’s Smart Nation Innovations event, where a memorandum of understanding had been signed with Sentosa Development Corporation (SDC).

Sentosa Island will soon serve as a prototyping testbed for innovative solutions to real business challenges outlined by SDC, according to the IDA (the Infocomm Development Authority of Singapore).

The questions that got me thinking were those demanding specific details: Will there be drones? Driverless cars?

Well, it would be interesting if so, and it would make for some great news copy. Driverless buggies are already being tried in the Jurong Lake district, while the Ministry of Transport and Civil Aviation Authority of Singapore is reviewing regulations to provide clearer guidelines for drone operations, with an eye on minimising restrictions.

But that’s not going to happen as soon as many might think.

My money’s on more subtle solutions popping up first. You know, the less flashy, backend stuff. It has already been stated that the first proof of concepts will involve video analytics to implement automated visitor monitoring and tracking.

Maybe after that, a wearable for visitors that manages access, and offers cashless transactions and geo-specific real-time promotions during their visit. Perhaps a panic button for emergencies?

But as many of us know, the road from innovation to mainstream reality is a long and winding one, with the ever-present chance of abrupt termination.

I’ll personally be keeping an eye on two things: The first being the HetNet (Heterogonous Network) trials slated to kick off in the third quarter of 2015.

Imagine having zero disruption to your connectivity from house to elevator to underground MRT station.

Yes, being able to stream your favourite YouTube video is one thing, but imagine what kind of healthcare solutions from remote diagnostics and monitoring to automated alerts could ride on that kind of guaranteed uninterrupted stability.

Second is the Smart Nation Platform (SNP), Singapore’s push to build new infrastructure, and common technical architecture that would be the backbone of the expected Internet of Things (IoT) flood. It makes sense to build a common dedicated network for sensor data and allow others to leverage it.

With the data centre tender awarded to Singtel, this year will see the rest of the components of this expansive project being awarded to successful bidders.

IDA deputy chairman Steve Leonard said that the agency is doing its part in areas where it thinks it can offer the biggest difference: By helping provide the infrastructure that enables all these Smart Nation-making solutions work.

The private sector, from multinationals to startups, can then explore ways they can contribute to making the Smart Nation vision more of a reality, while making money doing it, knowing that they’ll have the technical highways to race their proverbial race-cars on.

I must admit, when the Smart Nation idea was first introduced, I thought it looked like premium cotton candy. But in the months since, I’ve witnessed the most gosh-darn logical approach to making something fluffy … reasonably doable.

Given how much of an anomalous market this place is, I don't know how viable exporting the solutions borne out of the Lion City Laboratory will be when the time comes.

At least one thing’s for sure: All those innovations about to take flight in Singapore will definitely benefit the people living here.

And as part of its on-going outreach efforts to get people excited about the prospect, IDA is hosting Tech Saturday tomorrow (April 25), a carnival showcase of solutions and workshops for the public to explore at Suntec (yes it’s free).

Also, would you believe Digital News Asia has been live for 1,000 days? To celebrate, we’re having a little contest for our readers in Malaysia – figure out which stories were the top 10 most-read of 2014 and stand a chance to win a Samsung Galaxy Note 4 and other prizes! Details are here. 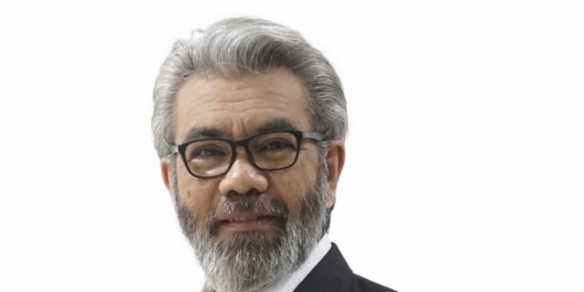