Wavee users can make high-quality voice, VoIP (Voice over Internet Protocol) and video calls; send instant messages and SMSes; set up chat groups; attach photos, videos, sketches, audio files and documents to messages; share a location – either their current location or a place – on the map; and multi-task by sending messages and files while on a voice call.

The news was significant for two reasons. The first is that it is probably the first integrated communications app – at least in South-East Asia – that has come out of an operator rather than out of an Internet startup.

This is indeed uncharted territory as traditional telco operators are considered laggards when it comes to building IP-based communications apps.

The second reason is that usually, operators are unwilling to allow voice and messaging apps to ride over their network – popularly described as the battle between operators and over-the-top (OTT) players.

In the past, mobile operators have complained about such OTT services. They claim that Internet-based offerings such as Microsoft’s Skype, Facebook’s WhatsApp and Messenger, Google’s Hangouts, and other messaging services merely ride on top of the expensive networks that the mobile players have built.

They do so without having to pay any kind of premium, while the mobile operators themselves have had to spend – or have spent – billions of dollars to build these networks.

Wavee is a new player in an overcrowded space, already flush with many established voice and messaging apps. Besides the ones mentioned above, there’s Line, WeChat, KakaoTalk, Viber, Snapchat, Kik, Cryptocat and others.

So how is Wavee going to differentiate itself? What is Singtel’s game plan? And does it plan to make money from such a service, or is it just about retention?

To answer these questions, Digital News Asia (DNA) conducted a few basic tests to evaluate the app, reached out to Singtel, and got the lowdown from industry observers. To test Wavee, we downloaded the app and installed it in our Android devices. The app is available on Google Play, and on Apple’s App Store for iOS devices.

After downloading the app, you’re required enter your phone number to register the service, and you’re good to go. The installation process was smooth and painless, which was a plus point.

Android users have the additional option to integrate SMSes into their Wavee message inbox – choosing Wavee as their default messaging app directs all SMSes to the app, reducing the need to toggle between the two.

Meanwhile, iPhone users will soon be able to enjoy this feature, enabling friends on both platforms to chat using one central inbox.

We actually found this to be a convenient feature but also realised that some users would like to keep separate apps for SMS and Wavee.

Generally speaking, the app was reasonably easy to use. On the first bar of the app, you can find access to your contacts, messages, calls, as well as your settings, etc.

When sending an image, you can choose what size of image you want to send, which is useful in case you want to save on data consumption.

Calls to and from Wavee users were generally clear and there wasn’t that much delay or echo that we could detect. However, the real test on this will come when more people start using the service and loading on the network ramps up.

An additional feature is the ability to send documents, which was easy enough, even if your file is stored in a cloud drive.

That said, we did have some annoying experiences. Firstly, in order to – in the words of the app – send SMS/ MMS messages “flawlessly within Wavee, you have to set it as your default messaging client.” We found this a tad intrusive.

Also, we found the initial font size too small, although you can select larger font sizes in the settings menu.

After installation, it took about 15 minutes for the app to go through the contact list to determine which contacts are Wavee-compatible. The list had about a 1,000 names, which we felt is quite long time for an app to scan through.

Also, the tab to toggle between SMS and Chat is very small, so if you're not careful, you may send an SMS instead of a free chat message, something that happened in our tests.

Overall, while we found Wavee to be credible and reasonably easy to use, we feel that there is no real reason to use it simply because other messaging apps have already proliferated the market.

For instance, Google has Hangouts; Facebook has Messenger. And if you’re not already using these two apps, everyone else is either on WhatsApp, WeChat, Line or some other app.

So unless you’re a Singtel user and the data consumed is free or part of an unlimited bundle, Wavee simply isn’t attractive enough at the moment.

“We believe that there will continue to be a need for traditional services such as SMS,” a Singtel spokesman said via email. “For example, banks will continue to use SMS for authentication purposes.”

Quizzed as to how it plans to make money, Singtel said that Wavee is a free value-added service for everyone to download and use; is ad-free; and comes with no hidden costs.

“We want to provide Singapore with a communications app that provides a more seamless experience and allows them to add a personal touch. Monetisation can come from premium features that we plan to launch in the coming months,” the spokesman said.

“All features that are currently available will be always be free. [For now], we are even offering three months of free data for Singtel customers to test Wavee.” 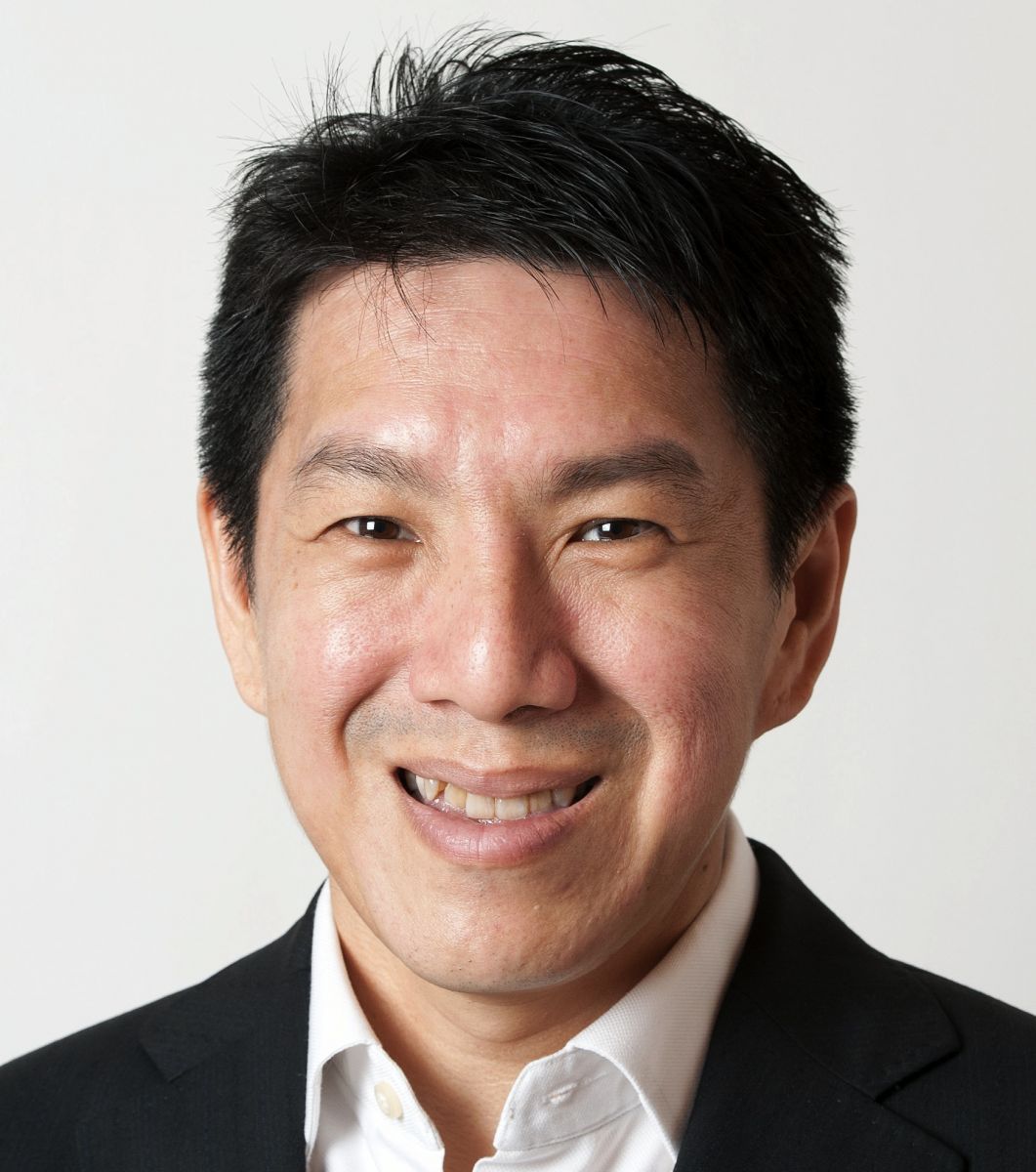 According to Clement Teo (pic), senior analyst with Forrester Research, this is not the first time Singtel has toyed with the idea of such a messaging and call service. It did try something similar two years ago, but decided against bringing it to market then.

He said that with Wavee, the telco giant is keen to provide an app to defend itself against OTT players.

“The hook is probably the ‘all-in-one’ functionality compared with other more feature-focused apps such as WhatsApp for messaging, Skype for calls/ video calls, etc,” Teo told DNA via email.

As to how Singtel intends to make money, Teo said he wasn’t certain, but noted that data roaming is the sweet spot now as the telco can bundle such packages for Wavee users, given that voice roaming is on the decline.

He also believed that Singtel would not scale back on the features later when more users get onto the services as that would be “self-defeating.”

When asked about Wavee’s chance for success, Teo said that while it is quite personal, it still faces a challenge in becoming the default app in a mobile user’s device already crowded screen real estate.

“It may not occupy space on the precious real estate of a mobile device's screen unless it meets an unmet need,” he said.

“But in this case, I'm not sure what that is, given that other communications and messaging apps already do a good job,” he added.

Mike Ang, president of the Association of the Telecommunications Industry of Singapore, believes that Singtel is facing an uphill battle with Wavee as “there are already dominant apps in every country within the South-East Asian region.

“In Singapore and Malaysia, it is WhatsApp, China has WeChat, while Line is strong in Thailand," he was quoted as saying in AsiaOne. “It will be tough for Singtel to break each incumbent’s foothold.”

The Singapore-based news portal also cited an early adopter, Aaron Koh, 39, as saying that though he was amongst the first users who downloaded Wavee, he couldn’t communicate with anyone as no one else he knew used the app.

“I couldn't use it because I had nobody to talk to,” said the 39-year-old marketing manager.

“In my view, it is really too little, too late,” he said, adding that he had to wait about five minutes for the app to scan all of the more than 400 contacts in his phone’s address book.

Still, Forrester’s Teo argued that one potential upside for Singtel is that it may be able to target less matured, developing markets with such an app.

“Assuming it does a great job at marketing, Singtel may be able to capitalise on mobile partners such as Bharti and Globe, and capture the feature phone user base that’s starting to adopt smartphones – ahead of other OTT rivals by the clever bundling of data services,” he said.

Singtel launches its own VoIP-chat app, and more besides

With new look, Singtel wants to make every day better