Filipinos have 18 ways to cook a pig. Thai have discovered what is possibly the most perfect cup of coffee. Malaysians have somehow managed to fall in love with a fruit that smells like garbage.

And there are so many different culinary variations, recipes, and specialities throughout the region that tasting them all is impossible, let alone identifying the ones that are actually enjoyable to eat.

(I honestly can’t understand the gastronomical devotion afforded to that King of Fruits.)

But the one thing all this food has in common? The one thing Indonesian ayam penyet, Vietnamese pho, and Malaysian bak kut teh all share?

No matter where you are, you’re probably going to be eating that meal with a fork or chopsticks.

South-East Asia, if it isn’t already abundantly clear, is rapidly becoming one of the most lucrative markets in the world.

Even if judging it on the admittedly simplistic metrics of middle class growth, Internet and smartphone penetration, and online spending, it’s clear that the region has already passed its inflection point in terms of online consumption and digitisation.

In other words, South-East Asians are spending more time and money online, thanks to growing purchasing power, more accessible Internet, and – perhaps more a consequence than a driver – the rise of technology companies leveraging these dual trends.

Those numbers are growing, and quickly. For investors, this is a great thing. Some of world’s next billion-dollar companies will be found here, and I believe we’re going to be seeing a steady uptick in mergers and acquisitions over the next few years.

Series A funding will skyrocket, which will have both a trickle-down and trickle-up effect on seed and later-stage funding rounds.

But finding those great companies? Not so easy.

That is to say, it’s not so easy if you’re only thinking about the food under your nose, and not about the chopsticks in your hand.

During the California Gold Rush of 1849, most miners failed to strike it rich, a disconcerting reminder for those in venture capital that the Power Law was still going strong even 160 years ago. The most consistent returns were actually found in those entrepreneurs that sold the picks and shovels to the miners.

And if the recent spate of fund announcements is any indication, there are signs that South-East Asia is finally in the midst of its very own digital gold rush. 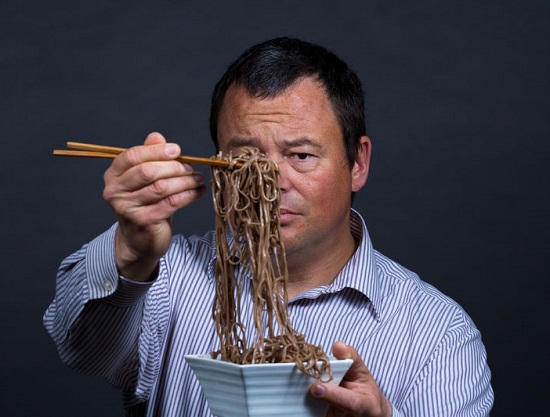 Or to borrow my example: No chopsticks? No food.

The analogy is apt, especially when you consider the sheer heterogeneity across South-East Asia’s tech landscape. Each country has its own flavour when producing startups; many times, they’re a reflection of the economic and cultural conditions on the ground.

But while the flavours might be different, these startups all rely on the same kinds of services and products to succeed.

These are the payment gateways, the logistics and warehouse providers, the Software-as-a-Service and technology interface platforms, and the marketplaces.

These are the companies that allow others to deliver their goods on time, accept online payments, manage their inventory and workforce, and improve the quality and depth of their services.

Some of region’s fastest growing companies fulfil that criteria: Omise and 2C2P help merchants collect payments online; aCommerce and Ninjavan store their inventory and delivers them to the customers' door; TradeGecko and Nitrous.io provide software to help companies manage inventory and code in the cloud, respectively; and RedMart and Lazada are marketplaces that allow any business to set up an online storefront.

Or, in other words, they literally keep other businesses running.

South-East Asia is going to be producing many different kinds of startups, all in various industries, with different styles of execution, teams, and strategies.

But at the end of the day it’s still a significant gamble for entrepreneurs and investors alike: some companies will succeed, and many, many more will not.

The special ones are those that succeed regardless, and they will flourish as South-East Asia marches steadily towards a digital economy.

In the meantime, I’m just here to enjoy the ride. The food in South-East Asia is wonderful.