THE venture capital industry has passed its inflection point in South-East Asia. If historical trends are any guide, the region will continue to grow in terms of new funds, assets under management, and investment across industries.

Of course, the term venture capital implies a single, homogenous industry when in reality this is furthest from the truth. Venture capital runs the full spectrum: From massive, billion-dollar funds to small angel investors writing 10- to 15-thousand-dollar cheques.

Angels are often more sophisticated investors than friends, family, and the unfortunately-but-aptly named fools; possess a pool of liquid capital; and often have skills and experience that can be highly relevant to the startup.

Indeed, that’s often why they invest in a startup in the first place.

If they’re genuinely active, angels can often make the difference between successfully helping a startup reach their next milestone and going disastrously belly-up, especially when startups are in desperate need of new funds.

This is partly why I often say the first cheque is the most important.

But note that I said ‘partly,’ and not ‘wholly.’

People generally misinterpret that statement, and think that it only provides to the value-add of angels. And to be fair, besides capital, active angel investors can provide mentorship and experienced feedback; introductions to potential customers and investors; or validation to the business model or its founding team. These things can make a remarkable difference.

But I’ve seen great startups thrive even without any so-called ‘smart’ angel investment; money, even dumb money, can be smart if spent on the right things.

What I haven’t seen is startups overcoming bad money.

By bad money, I’m referring to money from predatory angels, individuals who attach unreasonable terms to the cheques they write. Unreasonable terms can cover the economics of a deal, the terms of control, or both.

The most common harmful terms are those that result in too much – or even majority – dilution for the founders; too little money for a disproportionate amount of equity; unreasonable discounts or interest rates on convertible notes; drip-feeding money upon the fulfilment of arbitrary milestones; or deliberately obscure terms that ultimately affect control of the business.

I’ve even had conversations with founders who gave up anywhere from 50% to 75% of their company. That’s not an investment, that’s an acquisition, and you are no longer in control of your startup.

It’s extraordinarily difficult to overcome the handicap of bad terms, especially when you consider the overhang of subsequent rounds.

For example, say the founders are diluted by a near majority in the first round. Granted, they might still own a majority, but they’ll need to raise another round of funding within a year, and perhaps another round after that.

But with every cheque, founders will get diluted again and again. One year after raising their first round, if too much was sliced from the top, entrepreneurs might become squeezed out of their own cap tables at a time when their ongoing commitment to the startup is absolutely imperative – and most tenuous.

Let it be known: Bad terms will sink your startup.

If the founders’ stake is too low, the terms of the subsequent round too onerous, or the outside ownership too high, investors in subsequent rounds can, and will, walk away.

Any investment, even the best ones, can become terrible if existing terms are so harmful they might affect founders’ dedication, control, or monetary incentives.

This can have a chilling effect on deal flow downstream for later-stage investors, even those participating as early as seed stage. Because angel investors are often the first to write a cheque, the impact of a predatory investment can and will be felt throughout the entire lifetime of a startup. It’s not all fire and brimstone, though. Some angels are deliberately predatory; other are predatory simply because they don’t know any better.

For the latter, this is less sinful, especially given that many of these angels come from more traditional backgrounds where these kinds of terms are normal. Oftentimes, these investors have been more flexible and forthcoming with restructuring deals so that the economic conditions of the deal are healthier for everyone involved.

If they don’t, the deal eventually goes belly-up, the investors swear never to make a “risky technology investment” again, and they leave the ecosystem.

It’s the former type of angel whose behaviour is inexcusable, especially when it’s coming from investors that have been there, done that. They should know better, they do know better, and the fact that they continue to impose unfair and predatory terms is indefensible.

My advice to entrepreneurs: To a certain extent, you are responsible for understanding the term sheets put in front of you. These agreements aren’t valid until signed and the cheque cashed.

Speak to other founders, engage with lawyers, find out what is standard. If the offer isn’t market-rate, you need to walk away. If you can’t get in front of serious, legitimate investors, continue to bootstrap as much as you can until you do. And my advice to predatory angels? Beware, because your time is running out. The regional standardisation of term sheets and investment agreements is coming, and it’s going to be harder and harder to impose unfair terms on needy startups.

Institutional funds starting to move into earlier deals, investors like JFDI.Asia and 500 Startups are starting to educate the market or release standardised term sheets, and founders are getting smarter and smarter.

Get out in front of the changes, start figuring out the best terms, and present yourself as a partner to startups, not an adversary.

If not, then good luck. South-East Asia is still small, and when your reputation starts to kill your deal flow, your returns won’t be far behind. 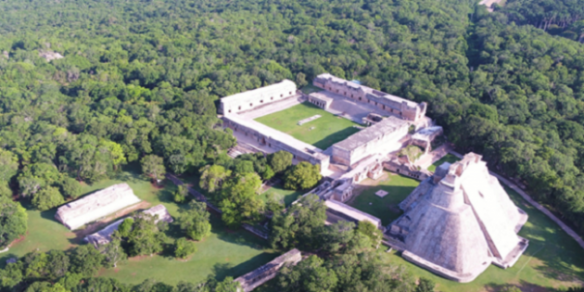