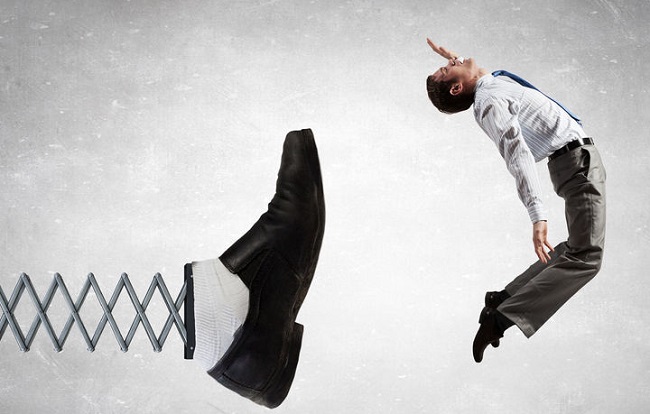 THE Indonesian Government is cracking the whip on Internet companies that have been providing their services in the country but have not been paying taxes.

New regulations to be unveiled at the end of this month would require these companies to set up permanent business establishments in Indonesia if they want to address the country’s market of 250 million people, Minister of Information and Technology Rudiantara told Digital News Asia (DNA).

It is not known when the regulations will kick in or how much time foreign companies will have before they must comply.

“The exact scheme and procedures will be announced later after the Government unveils the regulations at the end of March,” said Rudiantara.

Essentially, the new regulations will cover over-the-top (OTT) players, but Indonesia defines a whole slew of Internet companies in the content space as OTT players, including Facebook, Twitter and Google.

This move comes just in the wake of an Indonesian delegation to Silicon Valley last month, led by President Joko ‘Jokowi’ Widodo, to enlist the aid of US technology companies in helping the republic build its ‘digital economy’ via partnerships and knowledge-sharing.

“We raised this issue with Facebook, Google and Twitter executives during our recent state visit to San Francisco, and they all showed a willingness to comply,” Rudiantara told DNA in Jakarta.

When it comes to OTT companies in general, “so far only Line has complied and registered a permanent establishment in the country,” he added.

Tokyo-headquartered Line Corp has previously said that its Line messaging app has more than 30 million monthly active users in Indonesia, one of its biggest markets outside of Japan.

According to Internet World Stats, Indonesia had 78 million Facebook users as at November 2015, its fourth largest market in the world after the United States, India, and Brazil.

Twitter does not reveal its user-base outside of the United States, but 2012 research by French-based market research firm Semiocast showed Jakarta as Twitter’s most active city in terms of the number of tweets posted. Separately, Indonesia’s Finance Minister Bambang Brodjonegoro (pic) said the scheme being considered for Internet companies would be similar to the one currently employed for the country’s oil and gas sector.

This will require a ‘contractors’ partnership contract’ (Kontraktor Kontrak Kerja Sama or KKKS in the Indonesian language).

To qualify for such a contract, the foreign OTT company will need to have a permanent establishment – bentuk usaha tetap (BUT) in Indonesian – that will grant it an ‘exploration’ and ‘exploitation’ licence for certain areas.

“When a foreign OTT player becomes a BUT in Indonesia, the company is immediately subject to taxes,” Bambang said.

“However, beyond the tax, it shows their responsibility and commitment to the market as well,” he told the press in his office on March 4.

Under the income tax regulation, a permanent establishment or BUT implies the existence of a place of business or a facility to operate a business from, be it in the form of land, buildings, warehouses, representative offices, or even machinery and office equipment.

Beside such physical assets, the 2008 regulations on income tax also defines a BUT as a company’s responsibility and risk management measure for operating in, and generating revenue from, the country.

“When a foreign company has a BUT, at least it has a customer service and care centre inside the country,” said Rudiantara.

“Consumers will feel safer, while the Government also knows whom to contact if there is any complaint or matter to be discussed.

“It’s not just about the healthy tax revenue, but also about consumer protection and creating a level playing field in the industry,” he added.

The executive director of Indonesia’s civil society organisation ICT Watch Donny B.U. said that the root of this issue is the changing landscape of the telecommunication business and the inability of local telcos to cope.

“Telco operators’ traditional revenue keeps declining, their business landscape is changing, and they are not ready.

“As a result, they asked the Government, especially the Ministry of Communication and Information, to help them solve the issue by protecting them from the competition coming in from OTT players,” Donny told DNA via phone. “There is no more billion-dollar business in telco, especially if the players are still hoping that the revenue will come from their traditional money-makers such as fixed voice, and even mobile voice,” said Sudev.

“The business landscape has been disrupted – rather than remaining just telco providers, they should move to become ICT companies that provide end-to-end solutions to their customers,” he told DNA in Jakarta.

“Our telco operators hardly deal with devices and apps. Our focus has always been the network, how to make sure customers have the best connectivity.

“However, this focus has become a challenge nowadays as customers are going through a transition from traditional voice and short-messaging service (SMS) to enter the data world,” said Alex, who is also the president director of telco provider Indosat Ooredoo.

He said that revenues from voice and SMS have declined sharply, but revenue from data services is still too low to fill the gap.

Furthermore, telcos are caught in a Catch-22 situation where they do have to build up their networks to ensure good connectivity to support data-savvy customers.

The country’s biggest telco provider Telekomunikasi Indonesia (Telkom) is expected to record a 14.2% increase in revenue from Rp89.7 trillion in 2014 to Rp102.4 trillion in 2015, according to a forecast by Sinarmas Sekuritas.

Telkom does not break down its revenue sources, but Sinarmas Sekuritas reported that 31% is expected to come from data and Internet services.

ICT Watch’s Donny sees the upcoming tax regulation as an expected and rather normal move, saying that there was an urgent need for the Government to regulate the market since local businesses have asked for help.

“The main problem is that Indonesia does not have proper rules and regulations to address this issue.

“It will take some time for the Government to prepare a specific regulation for the digital content industry, so in the meantime it is looking at existing regulations as a ‘patch.’

“This is why the Government is considering the BUT regulation – later, it will also look at censorship and content protection regulations as well,” he ventured.

In January, Telkom announced that it was blocking US-based video-streaming service Netflix to “protect Indonesian consumers from unregulated content that does not comply with the country’s film regulations.”

Cracking the tax whip using the BUT regulation is probably the best measure at the moment, Danny argued, but he also stressed the need for more dialogue and discussions between all stakeholders – the Government, telco providers, foreign OTT players and the general public – to determine the best approach.

IDC’s Sudev said that Indonesia urgently needs an independent lead agency that would be able to manage issues such as this, citing as examples the Infocomm Development Authority of Singapore and Malaysia’s Multimedia Development Corp.

Noting that setting up business in different countries is a major undertaking for any company, he said that rather than forcing foreign OTT players to build permanent establishments, Indonesia should focus on the ease of doing business for these tech companies.

“Malaysia has the MSC Malaysia status to boost the digital and tech industry. Indonesia needs to make it easier for the industry to do business if it really wants to achieve its biggest ‘digital economy’ national goal,” he added.

But while President ‘Jokowi’ is sending out messages that Indonesia welcomes the digital era, his own government seems to be taking a more protectionist approach. – With additional reporting from Ervina Anggraini.