INDONESIA has a trade deficit of US$1.9 billion, and its Government is trying to tighten the outflow with a new regulation could adversely affect the nation's vibrant smartphone market.

This new regulation, known as Tingkat Kandungan Dalam Negeri or TKDN (‘local content requirements’ in Bahasa Indonesia), would require all 4G LTE (Fourth Generation/ Long-Term Evolution) smartphones sold in the country to have at least 30% of their components sourced locally.

Indonesia imported approximately 54 million units of smartphones in 2014, according to Minister of Communication and Information Technology, Rudiantara.

“Last year alone, the value of imported smartphones through official distribution channels was approximately US$3.3 billion.

“That does not include smartphones coming through the ‘grey market’ channels. The total value [inclusive of the grey market] could potentially be around US$4-5 billion,” Rudiantara said at the Google-Deloitte Small Medium Business press conference in Jakarta on Aug 20. 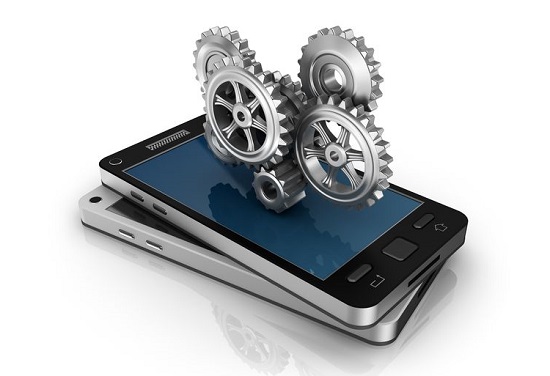 The news was not unexpected to industry players. Earlier this year, the Indonesian Government had come up with an initial draft that proposed at least 40% local content must be used in all domestically sold smartphones.

This initial draft caught the attention of the United States Trade Representatives (USTR) office, which criticised it, saying it could increase costs and restrict Indonesians’ access to technology.

The American Chamber of Commerce (AmCham) concurred, and even sent a letter to Rudiantara on Feb 12 expressing its concern.

Criticisms and concerns over the initial draft, as well as the lack of preparedness of local manufacturers to meet the demand of increased local components, saw the Government revising the 40% quota to 30% on the newly signed regulation.

However, this reduced percentage still does not answer the concerns of the industry.

International Data Corporation (IDC) Indonesia country head Sudev Bangah argued that this is not the type of regulation that the Indonesian Government should be focusing on right now.

“The definition of TKDN itself is still unclear, the objective of this regulation is also unclear. Even if a smartphone utilises 30% local content, the import value will still be the same,” he said.

“If they want to add value to the local industry, build the industry first.

“It is short-sighted thinking [at a time] when the country should be more focused on driving the penetration of technology, rather than potentially stifling it. Educating people on how to use the smartphone to the best of its capabilities should be the priority,” he told Digital News Asia (DNA) in Jakarta.

IDC forecasts there will be around 30 million units of smartphones shipped to Indonesia this year, up about 20% from last year’s figure of 24.8 million units. Global smartphone companies are preparing for the new regulation, but are unsure how to best approach it.

Initially, many considered building factories in Indonesia to manufacture a percentage of the components locally.

However, even the Indonesian Government has acknowledged that its complex bureaucracy and the length of time it takes to build a factory in the country would be challenges.

“If we force them to build their factory here (global producers), they will ask about tax incentives, and whether land would be provided,” said Rudiantara (pic above).

“Therefore we are not forcing them to do this – but if they want to build a factory here, we are thankful as it creates jobs,” he added.

Furthermore, the ease in the regulation from its earlier draft also allows for the 30% local component requirement to come from software, building on the ‘Design House’ concept the Government is hoping to create within the country.

“We must think of a smarter way. Indonesia is full of people with expertise in design [of software and applications] – therefore we can come up with the concept of a ‘design house’,” Rudiantara said.

He said the details and variables were now being cooked in his ministry’s kitchen.

The idea of a ‘design house’ can be understood as a value-added service to the smartphones sold locally, as applications built by local developers will ultimately add value to the country, he added.

“When our local designs are used by global producers, they have to pay royalties to the local designers. Even though the manufacturing process is located in other countries, it’s totally acceptable,” Rudiantara told DNA after Google-Deloitte press conference on Aug 20.

While the Indonesian Government may view this as a ‘smart solution,’ it contradicts the initial objective of TKDN: To reduce imports of smartphones.

“If the Government wants to reduce imports, but at the same time suggest that 30% local content can include software and applications designed by local developers, in what way does this reduce imports of the devices into the country?” said IDC Indonesia’s Sudev. 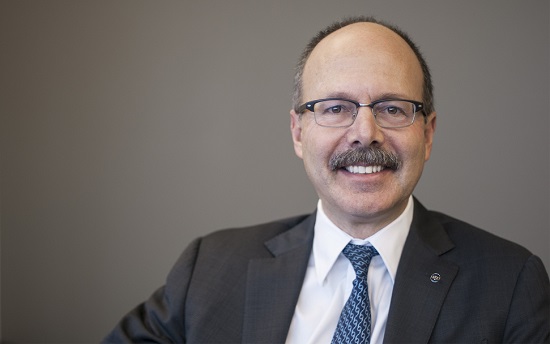 Despite all the polemic around the new regulation, global smartphone makers are preparing to comply.

BlackBerry chief legal staff Steve Zipperstain (pic above) told The Jakarta Post last August that it would adhere and comply with the new regulation.

He declared that BlackBerry has already been using local components in its products since 2008, with a battery factory located in Batam, as well as headset-earbuds factory in Cibubur, West Java.

As at press time, BlackBerry Indonesia had not responded to DNA’s queries on the company’s stand on the new, revised regulation.

Samsung, the market leader in mobile phone sales in Indonesia, responded to the looming TKDN regulation by starting the construction of a US$23-million phone assembly plant in Cikarang, West Java.

Inaugurated by the Minister of Industry, Saleh Husin, on July 16, Samsung Electronic Indonesia will be able to produce up to 1.5 million units of smartphones, feature phones, and tablets per month, the company said.

The Samsung move was lauded by the Indonesian Government, which believes this will trigger more support, and more global producers will follow such a step.

“We need to think of a smart solution. We need to maintain our nationalism, but without being nationalistic,” said Rudiantara.

“We cannot say ‘no’ to imported products … we cannot do that. We are now already part of global trade,” he added.

Still, it does seem as if the Indonesian Government is nudging international smartphone companies to build factories in the country, in the guise of a nationalistic drive to reduce imports and relieve the fiscal deficit.

US-based Tone and XL Axiata out to empower Indonesian fisherman