BUSINESSES in Asia Pacific will experience major digital transformation next year as they strive to improve a host of key tech and non-tech functions, according to Hitachi Data Systems Corp (HDS), a wholly owned subsidiary of Hitachi Ltd.

“It is no longer just CIOs (chief information officers) who are championing the need for digital change, but leaders across all business functions.

“For example, CMOs (chief marketing officers) are finding that traditional ways of marketing are not as effective any more, while CFOs (chief financial officers) are discovering that consumer and supplier transaction models have shifted.

“There is now an almost universal understanding within businesses that all functions need to look at how they transform their own practices through digitisation,” he added.

De Luca cited digital transformation, smart cities, cross-modal IT, multicloud, and skills shortages as the five key trends that will continue to shape both the IT and business landscapes in Asia Pacific for 2016.

There has been a resurgence in confidence among CIOs that they will see more of their revenues flowing through digital channels, HDS said in a statement.

According to the Gartner CIO Agenda Insights report, only 16% of CIOs last year expected the revenues in their business to flow through digital channels, but that has more than doubled this year to 37%.

This is recognition of the fact that digital initiatives are not just coming from the CIO, but from all functions of the business that are creating their own platforms and hiring digital natives, according to HDS.

Today’s CMOs no longer go to the IT department to build their systems. They go directly to the providers and acquire them as a service, the company said.

The same is true of businesses as a whole. Rather than waiting for a vendor or a competitor to develop a new platform, organisations are building and actively disrupting their own current systems.

Smart cities have been a topic of interest for a long time in Asia Pacific, with many countries in the region rolling out their own initiatives to tackle everything from public safety to improved transportation.

However, it has become apparent that few governments have the experience or the financial means to build and run these initiatives on their own, HDS said.

Instead, they are partnering with major industry players which are investing deeply in the Internet of Things (IoT).

By bringing their own intellectual property, assembling ecosystems of technology providers and integrating them together, they can develop the solutions needed to make these cities a reality, HDS said.

This means that smart companies will act as the catalysts for making smart cities a reality, as governments open the door through initiatives like Digital India, Smart Nation Singapore, and Digital China.

The business opportunities for companies in the sector are huge, with the annual smart city investment in technology alone set to quadruple to US$11.3 billion by 2023, according to Navigant Research.

3) Cross-modal IT will unify business silos It is now recognised that there are two modes that IT organisations can follow to meet the needs of the digital enterprise.

Mode 1: Applications that handle traditional systems of record – such as CRM (customer relationship management) and e-commerce systems. These systems are built around predictability, accuracy and availability, given the sensitive data they hold.

Mode 2: Systems of insight, that are more exploratory such as big data analytics. They give a perspective of what is going on inside a business – enabling users to test certain hypotheses by layering datasets over each other. These systems emphasise agility and speed, giving organisations the ability to quickly and inexpensively test ideas, throw away anything that doesn't work and test out new ones.

The need to fuse these two modes together to become cross-modal will intensify, according to HDS, especially as organisations strive to continually optimise the cost of running their systems and incorporate their systems of insight into new business processes and customer interactions.

The companies that will realise the greatest benefits will be those that are able to use agile methodologies in their workforce and offer quick-to-build application programming interfaces (APIs) of their business services.

Businesses that also successfully build data lakes across their digital assets and standardise their infrastructure will do well, too.

To realise the full potential of this agreement, investment in technology infrastructure to connect these economies will be critical.

Several companies are already expanding data centre capacity to cater to the growing use of cloud computing. They are also investing in improving cross-border, high-speed connectivity.

The creation of direct routes between key areas like South-East Asia, Australia and the United States of America is well underway, according to HDS.

“This opening up of the market will have an impact on how businesses consume cloud and expand the options that they have today,” said De Luca.

“With as many as 70% of organisations either using or evaluating hybrid clouds nowadays, as well as provisions in the TPP to protect offshore data and avoid electronic duties, creating a multicloud across continental borders to allow businesses to expand becomes viable,” he added.

Several factors will impact the technology employment market in 2016, forcing many organisations to look at how they will fill the talent deficit to continue to innovate and remain competitive.

Addressing the IT skills shortage will not just be about pumping out more IT graduates with in-demand skills like data science. Appealing to the interests of the best young talent while investing in increasing the productivity of existing employees will be critical to bridging the gap over the long run.

“The working practices of ‘Gen Z’ workers are vastly different from those before them,” said De Luca.

“With this generation expected to work an average of 17 jobs in their lifetime, they will develop a broader variety of skills as well as be exposed to multiple industries during their careers.

“Companies will need to figure out how to tap into this. They are driven more by their contribution to society than the logo of the company they work for,” he added.

Governments recognise this economic imperative and generational shift by changing the labour market, introducing new tax incentives and passing laws to allow for easier investment, such as through crowdsourcing.

Continual learning is also becoming a focus for governments, with Singapore investing S$1.2 billion (US$900 million) in technology development to drive improvements within its public sector. 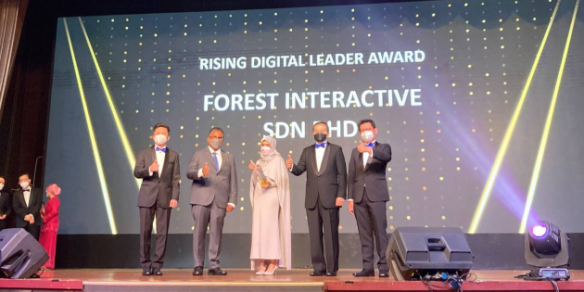