WHAT would the workplace of the future look like? Would it be like a scene from The Minority Report­, like with high-tech workstations, floating displays and holograms?

Forget such Hollywood visions. The basis of the workplace of the future is very simple: Flexibility.

Or that’s what Martin Duursma, vice president of the Citrix Technology Office, believes.

The Citrix Technology Office, which comprises the Citrix CTO Council, Citrix Labs and the Citrix Startup Accelerator, makes five-year predictions on how the technology landscape will change. Its latest report is available here.

The days of bosses expecting to see workers in by 9am, diligently typing away till late, is gone. Duursma argues that the twin trends of remote working and Bring Your Own Device (BYOD) is destined to change this equation for good. Companies which refuse to adopt remote working policies and which force employees to work from the office will not survive, according to Duursma (pic).

“If you’re not letting your people go home, you will lose your workforce and people will not want to work for you,” he told Digital News Asia (DNA) in Singapore.

“If you want to be an employer of choice and get the best employees and talent, you need to give people these sorts of capabilities,” he added.

It is the older managers who are the problem, with the younger workers having no issues with this, Duursma argued.

“Today, the millennials are becoming the dominant workforce population, and they have no issues with this.

“As these older managers retire, it won’t be a problem – but if they keep this viewpoint, their companies will not survive,” he said.

As for the BYOD trend, Duursma warned that organisations not adopting this practice will lose people just based on the principle of convenience.

“People are expecting to use one device, especially the smartphone – no way people want to carry two devices,” he said.

Information is doubling every 18 months, but ‘infotoxification’ – or people being overloaded with information – will not spell the end of these two trends.

“You can’t keep up with all this information, and you will need smart agent technology such as Siri, Google Now or Cortana,” Duursma said.

“Cortana is probably the most advanced virtual agent now, acting as a personal assistant, trying to understand your work, your life and how to help you navigate,” he said, referring to the Microsoft Corp feature that rolled out with its new Windows 10 operating system.

Coupled with technology such as IBM Corp’s Watson, a technology platform that uses natural language processing and machine learning to help its users gain insights, this will help future workers do their job and stave off the worst effects of infotoxification, he argued.

“What will happen is ‘hybrid intelligence’ – agents will search results and provide insights to help you be smarter in your job,” Duursma said.

“We are the smartest we’ve ever been because we have things like Google which allows us to search through everything ever written,” he added.

Such technologies are accessible from anywhere with the abundance of connectivity, making physical presence in the office unnecessary.

“Right now, we are probably in a transitory period, where companies are slowly catching on to these ideas,” Duursma said. While some companies are gearing up for this future workplace, others have already implemented and reaped the benefits of early adoption. One such company is Polycom, which has successful remote working and BYOD polices in place.

Ultimately, the workplace of the future is about supporting the workforce and putting people first, according to Chua I-Pin (pic above), managing director, South-East Asia, Polycom.

“Allowing workers to connect their strengths and expertise irrespective of where they are – we need to design the workplace to leverage on that,” Chua told DNA.

“We need to break down barriers of inaccessibility,” added the former Asia South vice president of CA Technologies.

As a testament to this, a Polycom employee was working remotely and tele-conferenced in for Chua’s interview with DNA.

Collaboration is key, aside from flexibility, in improving business performance. The central theme for Polycom is the workplace being anywhere the worker wants it to be, according to Chua.

“We want to provide the collaboration and the flexibility, and develop technology to support this,” he said.

There are three key pillars to using technology to enable the workplace of the future, according to Chua, with the first being the concept of the workspace.

“Using mobility, we can work from anywhere using any kind of device. These days, we’re not just limited to a voice call but also able to do a video call from pretty much anywhere in the world,” he said.

And he argued that the technology has improved, allowing for high-definition videos and the reading of visual cues, which critics have argued was why tele-conferencing could never replace a good old-fashioned face-to-face conversation.

The second pillar is the experience. “It has to be natural and good – if the quality is bad, it can frustrate people trying to collaborate,” said Chua.

Finally, it is workflow, where collaboration has to be made easy, to get people on board.

“The workflow has to be easy to [get into], because collaboration applies to everyone, from the IT staff all the way to the chief executive,” Chua said.

“For those who are not tech-savvy, the need to make it easy is even more important,” he added.

Polycom, as a provider of collaboration solutions, walks the talk in letting its employees utilise technology to work remotely and use BYOD, Chua declared.

“Our HR (human resource) policies allow managers to approve people to work from home,” he said.

“We have the flexibility ingrained in us, and there’s no stigma against people who walk out at 2pm to pick up their children from childcare,” he added.

Polycom has switched to output-based key performance indicators (KPIs), and things have turned out well, he argued.

Output-based KPIs are based on the output of the employee, instead of the usual KPIs of being on time and other attendance-related metrics.

“Each one of us is given our own laptop, tablet and smartphone, loaded with our own software to collaborate securely from anywhere,” Chua said.

“Our technology and HR policies promote this, and our people take advantage of this,” he added.

Adoption of this mind-set has seen an added benefit for Chua, as he was able to cut down on his business travels thanks to video-conferencing.

“I used to have to travel about 45 weeks in a year, but now I can cut down on the amount of travel I have to do,” he said.

“When we visit customers, we would have to do it face-to-face, but for our own internal meetings, people can call in, allowing me to cut down on my travelling,” he added.

Benefits and the future

Ultimately, companies will have to switch to output-based KPIs in order to take advantage of the remote working and BYOD trends, Chua argued. As long as people deliver on their KPIs, their physical location should not matter.

He said that it is almost a given that any employee today would expect a BYOD policy to be in place.

In the end, progressive companies will attract the talent, and talent is what ensures their survival.

“Let’s say two companies in the same industry are looking for the same types of workers – the one that believes in flexibility will attract the better talent,” Chua said.

“And guess what? The one that believes in the workplace of the future will win – workers are selective and will be looking for an environment which is conducive to creativity and innovation,” he added.

BYOD reality check for you and your organisation 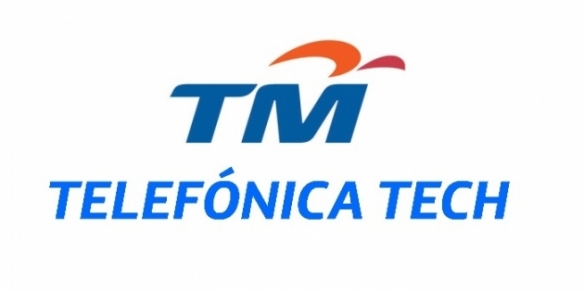