IN February 2014, Morten Bangsgaard (pic above) joined Maxis Communications Bhd, one of the ‘Big Three’ mobile operators in Malaysia, as its ‘head of technology.’

Whatever the designation, he was a combination of chief information officer (CIO) and chief technology officer (CTO), responsible for the development and operations of both Maxis’ telecommunications and its IT networks.

So he took a quick look around this new company and realised something. “It was a bit embarrassing, actually,” he says.

“15 months ago, we looked at ourselves and realised that despite being a mobile operator, we ourselves were not a very mobile organisation,” he says, speaking at a recent CIO workshop on Digitalising Enterprises that Maxis had organised for its corporate customers. “We needed to embark on a journey.”

With the blessing of Maxis chief executive officer (CEO) Morten Lundal, who had only taken the helm a few months earlier on Oct 1, 2013, the two Mortens decided – call it a Morten-moot, if you will – that the telco needed to walk the talk.

But it was not just about principles here, it was just plain business sense too.

“This is actually the perfect time if you’re thinking about bringing mobility into your business,” says Bangsgaard. “The ‘mobile enterprise’ is reaching a tipping point.”

There are four factors which influenced Maxis’ decision, and which are driving its digital transformation. The first is the devices themselves – their power has increased and their screens are getting bigger, which makes them more viable for a greater variety of use cases.

“The average processing capacity of your smartphone today is the same as your average laptop of only three years ago,” says Bangsgaard.

Two other factors driving this are the fact that mobile security is also becoming more mature, while high-speed high-bandwidth networks like Fourth Generation (4G) are becoming more prevalent, he notes.

Finally, there are also a greater number of mobile apps available. Indeed, his colleague Andy Khoo, head of corporate sales (enterprise) at Maxis, points out that many business applications – including powerful corporate software fixtures like customer relationship management or CRM – have also been “mobile-enabled.”

“There’s a lot of data, primarily around the fact that the mobile trend is so dynamic and pervasive that you cannot deny you’re going to be hit by this tsunami, if it’s not already happening,” says Khoo. In his presentation, Khoo (pic) describes enterprise mobility as “the set of technology, applications, processes and policies that support the possibility to perform business activities anywhere at any time.”

It is not just about the devices themselves, from smartphones to tablets, but also mobile network services, including voice and data, mobility services (such as device management), and of course, mobile apps.

So why are companies trying to mobile their business?

Then there is the other term for the consumerisation of technology: Bring your own device, or BYOD.

“We’re seeing, for example, people using Facebook for authentication and identification, which can create big problems around identity theft,” he adds.

Flexi-work is also becoming more popular, and organisations have to be able to accommodate people who work remotely – whether offsite, or out of airports and hotels – as well as people working from home.

“We live in a world now where there are more disruptions than ever before,” he says, noting that being mobile allows companies to not only recover faster from natural disasters, but in some cases, to continue working from dispersed locations.

“People are also moving farther away from the office,” he says, arguing that this makes remote working or working from home even more crucial.

“It’s the perfect storm, in some ways,” he adds.

Finally, there is the cloud. Also speaking at the workshop was Maxis head of fixed products (enterprise) Chong Pow Min, who argues that mobility and the cloud, the latter especially as an enabler, go hand-in-hand.

In fact, he argues that IT departments, driven by cloud and mobile adoption, should gear themselves to be ‘internal cloud service providers.’

“You will have to be technology advisors to the business,” Chong tells CIOs.

In Maxis’ own journey, the company looked at four areas, according to Bangsgaard: Administrative, productivity, sales channels, business insights, and collaboration.

It first introduced a cloud-based invoicing system, and the most frequent human resource processes are also now mobile, thanks to solutions from Silicon Valley-based vendor Workday.

“Not all HR processes,” says Bangsgaard, adding that some HR applications need to be run on the backend.

Mobile has become the most dominant email client at the company, while its network field force can get access to the corporate resources they need even when they’re ‘out there’ fixing things, he adds.

Mobility has also allowed Maxis to transform its stores, and how its people work at those stores.

“In the past, if you went to a Maxis Store, you would have seen a lot people sitting behind their desktop screens,” says Bangsgaard.

“These days – well, some do still sit at their desktops, but many more are walking around and armed with smartphones and tablets, are engaging with customers,” he adds.

Maxis has developed iPad tools so that store employees can walk amongst customers, find out what they need, and render services there and then.

“We took it further so the entire conversation with the customer can be mobile – and this includes signing up for new contracts,” says Bangsgaard.

It is developing apps so that its sales team can go to where its prepaid customers work, and do ‘e-reloads,’ and has also mobile-enabled its call centres so that field workers have access to that information too.

There were some stumbles, of course, and many lessons learned – among them, having the CEO on board the whole mobile transformation journey was especially helpful, says Bangsgaard.

Much of the work was done inhouse, and though “we worked with partners [like Citrix] where it made sense, it was important also that we have the competency inhouse,” he adds.

The key takeaways, according to Bangsgaard, were:

“Don’t make your apps too heavy – that’s a key principle,” he says, elaborating on the fourth takeaway. “Response times are important.”

Citrix itself underwent its own mobile transformation journey, according to Micallef (pic). “Citrix, like many other tech companies, also faces the same pressures to be agile, and to be able to move more quickly.”

Not surprisingly, Citrix’s takeaways from its own journey pretty much resonate with Maxis’.

“First, have a consumer mindset. Your solutions should be designed around people, not devices – how people work, interact, and use applications,” says Micallef.

“Second, while the solution should be simple to use, security should underpin the entire architecture.

“Third: Again, it should be simple and should work across any kind of data or device. 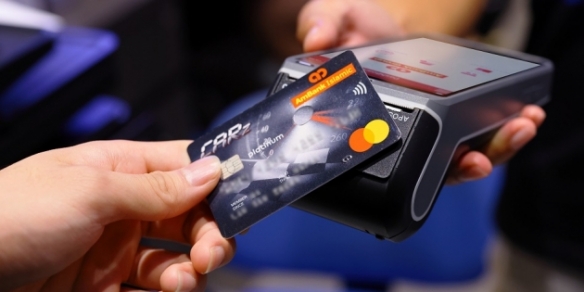