NOT content with modifying a spam filter to allow the US government to spy on its Email users, Yahoo now wants to include targeted advertising in its spying arsenal.

According to a Yahoo patent application published by the US Patent and Trademark Office, public advertising such as those at bus stops are about to get a Minority Report-style makeover. In the Tom Cruise movie, Minority Report, billboards track and identify people via retina scans.

These 'Smart Billboards,' as Yahoo calls them, can be placed along highways, bars, airports, planes, ferries, buses, trains, and other public spaces. They will use video cameras, satellites, drones, microphones, motion detectors, and 'biometric sensors' such as fingerprint, retinal, and facial recognition devices. These sensors will analyse their surroundings to find a common theme and serve up ads based on the information derived. Yahoo calls this 'grouplization.'

The patent proposal notes that "the sources of data and information that may be used to enable the techniques described herein are virtually limitless."

According to Yahoo, in the past few years, online advertising has become the primary channel by which advertisers reach potential consumers. Even so, a significant portion of such ad budgets is still devoted to more traditional channels such as physical billboard advertising. Yahoo intends to revolutionise this age-old form of advertising.

According to one example provided by Yahoo, a 'smart' billboard adjacent to a busy highway might be integrated with traffic sensors that detect information about the vehicles approaching the billboard such as the number and average speed of the vehicles. Such information might be used in conjunction other data to select advertisements for display that would appeal to a targeted audience.

In another example, such a billboard could be fitted with digital cameras that capture images or videos of the vehicles that are approaching the billboard. Using image recognition techniques, information about the models of the vehicles could be used to further narrow the target audience.

If this was not intrusive enough for you, the same image recognition techniques can be used to identify the makes, models, and years of vehicles. From this, information relating to the age and economic status of the drivers can be ascertained. In other words, Yahoo's smart billboards will know precisely what products you can afford and display them accordingly.

Going even further, according to the patent, cell tower data, mobile app location data or image data can be used to identify specific individuals, vehicles or vehicle owners. This really would be George Orwell's 1984 come to life.

To make matters worse, Yahoo has now decided to add hypocrisy on top of snooping. Recently, Yahoo’s top lawyer published an open letter asking the Office of the Director of National Intelligence to 'provide clarity' about whether the company was ordered to perform mass spying on all of its users.

As our earlier story mentioned, Yahoo had scanned hundreds of millions of Yahoo Mail accounts at the behest of the National Security Agency or FBI.  This open letter sounds suspiciously like asking Pontius Pilate for Christ's crucifixion order after the Resurrection.

With the US presidential campaign in full swing, the issue of state-sponsored spying is very much a discussion topic. While the Clinton campaign is eager to accuse Russia of hacking, they are also reticent about the activities of America's own spy agencies. These same spy agencies would be prime candidates for Yahoo's smart billboards.

Hillary Clinton has publicly endorsed the 'Encryption Commission' that was proposed by two senators earlier this year. “Hillary rejects the false choice between privacy interests and keeping Americans safe,” her campaign said.

According to its architects, the 'Encryption Commission' would “collectively address the larger issue of protecting national security and digital security, without letting encrypted communications become a safe haven for terrorists.”

“Impenetrable encryption provides significant cybersecurity advantages but may also make it harder for law enforcement and counterterrorism professionals to investigate plots and prevent future attacks," Clinton told an audience at Stanford University earlier this year. “ISIS knows this, too. At the same time, there are legitimate worries about privacy, network security, and creating new vulnerabilities that bad actors - including terrorists - can exploit.”

It seems the former Secretary of State is under the delusion that you can have good personal privacy as well as a fertile ground for spying by the US intelligence agencies. As anyone familiar with encryption would know, this is simply not possible. Weakening encryption for the 'official' intelligence agencies will also weaken it for everyone else.

Most US patents never end up as products. But if the Yahoo patent comes to life in the US and other countries, we could very well end up with governments and private companies knowing precisely where you are and what you are up to, every minute of the day. Yahoo's 'smart' billboards would also be a tempting target for hackers.

Now, that certainly would be Minority Report come to life. Just do not expect Tom Cruise to save you from Big Brother - or even himself.

Can we trust our tech companies? 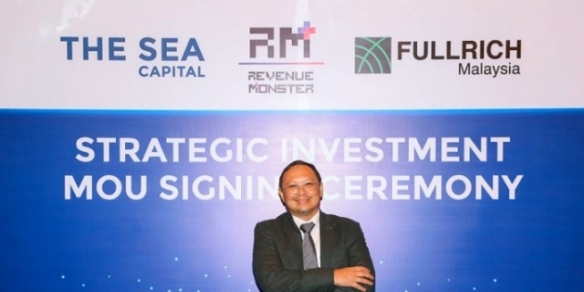