AFTER months of speculation on what OnePlus’ latest smartphone is going to look like as well as how much it’s priced, local distributor Mi Han Sdn Bhd finally officially unveiled the OnePlus 6T on Nov 8.

Dubbed as a ‘flagship killer’ by a number of consumer publications, the Oneplus 6T is the latest iteration of the Shenzhen, China-based smartphone manufacturer. There was a lot of publicity around the OnePlus 6T for a number of reasons. For starters, there was talk about the device inheriting a three camera setup, which turned out to be untrue.

Then there was talk about having an in-screen fingerprint reader, which was true. Of course there was also much speculation about whether OnePlus would get rid of that pesky-looking notch, which is a highly polarising issue for users. In the end, the device came with a so-called ‘teardrop’ notch to please the crowd.

I never really liked the term flagship killer as applied to the OnePlus. True, the phone comes with high specifications and great features but at a relatively reasonable price compared to its competitors.

But calling it a flagship killer would IMHO require a like-to-like comparison to another smartphone. And you can’t just do that these days as there are so many variations in features to compare.

For me, I’d rather call the OnePlus a high-end smartphone that appeals to a certain group of users. It’s competitively priced, has a great operating system and interface as well as good build quality. The 6T is an all-glass design, both front and back. The phone is slightly curved and it’s slightly bigger compared to its predecessor the OnePlus 6. As noted earlier, the front sports a teardrop instead of the rectangular notch, while the chin at the bottom of the screen is much thinner. The volume rocker is on the left while the power button and the vibration/silent slider are on the right side of the device. At the back, there are two cameras lined up vertically. Conspicuously missing is the fingerprint sensor, which has gone to the front of the screen, about 1.5cm above the chin of the device. The teardrop notch is a compromise between a full-notch and a no-notch screen. A lot of reviewers have made a lot of the notch. While I don’t think it’s that big of a deal, I do welcome the teardrop-notch as OnePlus has designed this well, as for the most part, you won’t even notice the notch. The black lines and inconspicuous camera in the middle are aesthetically well designed, almost hiding the notch from plain sight.

Frankly, the specs aren’t very much different from the OnePlus 6 I reviewed in August. But whilst the jump in specs is only incremental, the biggest upgrade can be found in three things: A larger screen, bigger battery, and the in-display fingerprint. All three features are noticeable when being tested.

Much has been said about the in-display fingerprint. Whilst OnePlus isn’t the first to come to the market with such a feature – that honour goes to the Vivo VX20 – OnePlus has certainly refined the in-display fingerprint sensor compared to the rest of the market. Incidentally, Huawei Technologies Co Ltd’s Mate 20 also has such a feature. More about the performance of the sensor later.

The biggest sore point in the OnePlus 6T is the removal of the headphone jack. Again, I feel this is an overstated quibble as OnePlus does provide you with an adapter to use your legacy headphones/buds via the USB C socket. Two other negative points noted in US-based reviews was that the 6T didn’t come with wireless charging and and IP rating.

OnePlus has said the device can withstand some splashes of water in rain and perhaps a quick accidental dunk in water but it does not specify IP rating as it didn’t want to pay to get the 6T certified – something that would have increased the selling price of the phone. And not having wireless charging isn’t a biggie with most people here in Southeast Asia, as this only somehow riles up US-based consumers.

Overall, the 6T is well built, and the quality of the device is on par with what the competition has to offer.

The main challenge when comparing to the traditional physical sensor is whether the in-display sensor can accurately read your fingerprint. After living with the OnePlus 6T for two months, I can tell you that for the most part, readings are 90% or so accurate. Where I found the sensor underperforming was when my hands were wet from either perspiration or after I had washed them.

Also, unlike the traditional fingerprint sensor, you’ll need to apply some pressure on the screen to really get it reading correctly. Besides this, the read speed is slower when compared to traditional sensors. What I found though is that the more you use the reader, the better it becomes. Some reviewers have quibbled over the AMOLED screen lighting up at full brightness, which distracts users especially when you’re in the dark but this to me is a minor issue.

So is this a great trade off? I think it really depends. To some users, speed is of paramount importance. They would like to reach into their pocket, press the sensor and get their display turned on by the time it’s out of their pocket. I’m not fussed about such things, so the in-display sensor’s slow reading speed doesn’t bother me. That said, I do think that going forward, OnePlus should optimise the software to better read my fingerprints, especially when my hands aren’t exactly dry.

One more issue before leaving this matter behind. Some users were worried if tempered glass screen protectors would make it harder for the sensor to read fingerprints. I can report that after using a generic  tempered glass protector as well as the original OnePlus 6T protector, there isn’t any issue in this area.

On to other performance issues. Firstly, battery usage was great. I could easily get six to seven hours screen-on-time and the longest I lasted was seven hours and 23 minutes (from 100% to 1% battery life), using a combination of applications, music playing, mobile data tethering, videos, texting, email and surfing.

When you do run out of juice, there’s always OnePlus’ famed ‘Fast Charging,’ or what is formerly known as ‘Dash’ charging. Essentially, this features allows more electric current to charge the device so that the overall time to charge is reduced.

On the speed of the applications loading as well as general usage, the OnePlus 6T works flawlessly. The Snapdragon 845 with the combination of 8GB RAM really made the difference.

Numbers from GeekBench 4 turned in the following: single-core score at 2,415 and multi-core at 8,722; while AnTuTu’s scores came it at 290,729. These specs show that the OnePlus 6T is pretty much top of the game, although not the most powerful in the market.

Audio volume while watching YouTube, Netflix and some of my own videos was adequate and much better than the thinness in sound I experienced with the OnePlus 6, so that’s an improvement. But I do think that the 6T could do with stereo speakers, especially in landscape mode.

As far as software is concerned, the 6T comes equipped with the latest Android Pie (9.0) and this is a brilliant addition to the already great Android 8.0. Coupled with OnePlus’ highly regarded Oxygen OS 9, the 6T is the best near-stock Android operating system money can buy.

In many ways, Oxygen OS is even better than Google’s stock Android Pie. Take the gesture modes for example. Although Google has revamped the gestures navigation with Android Pie, OnePlus has provided its own interpretation of what those gestures are, and has IMHO improved on them.

Another great feature the OnePlus has is being able to change themes within the OS itself, something that allows you to customise your 6T and differentiate it from someone else’s 6T. Finally, another plus point is that Oxygen OS gets updated pretty quickly – about six to eight weeks. These updates not only contain feature updates but also security patches, which is great. 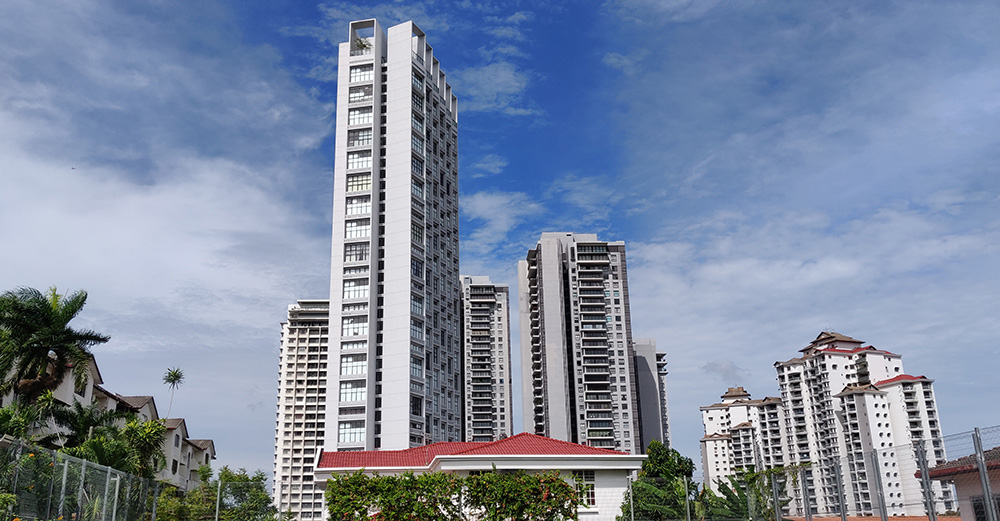 Right off the bat, I would say that the OnePlus 6T competes with the best but isn’t the top-notch contender for the best camera in the market. But given that the likes of the Samsung S9/Note 9, the Huawei P20 Pro or the Google Pixel 3 are far more expensive, I don’t think it’s a real apple-to-apple comparison.

The OnePlus 6T has the same hardware specs as the OnePlus 6 and the upgrades are really in the software. This means that it has a wide-angle lens paired with a 16MP sensor, as well as a secondary 20MP lens and sensor combination, with both lenses featuring an f/1.7 aperture. The 6T also has optical and electronic image stabilisation.

The app comes with five modes: automatic, portrait, pro mode, nightscape and panorama. For video, there are slow motion and timelapse modes which complement a simple enough automatic mode. The new ‘nightscape’ mode supposedly enhances night shots capture by using software to brighten the scene aided by the use of machine learning algorithms. Overall, I do think the quality of the OnePlus 6T shots are good. Portraits shots (with bokeh) are also acceptable although not as good as some of its competitors. Night shots were credible but not excellent as I found some shots to have noisy edges.

When applying the nightscape mode, what I found is that the shots were brighter at some edges but that doesn’t mean there is more detail in the shot, which is what you would find in the best camera phones in the market today.

So would I recommend the OnePlus 6T? I would put it this way: From a price perspective, it’s a no brainer. What you get for the package is a high-spec, brilliantly built device, that competes with the best of the rest. Of course, the downside to it is that you don’t get IP rating, headphone jack, and wireless charging. But to me, all these are quite inconsequential.

Still I would say that the 6T isn’t for everyone. There are consumers out there who prefer other UIs which may not be as slick as Oxygen OS but have more vendor-inspired features. And if your main criterion is camera quality, you’d probably need to look elsewhere. But if you do, you’ll also have to pay a significant premium to get it.

Aside from the pricing, the speed of the phone, the simplicity of the interface and the great all rounder performance should at the very least entice you to look at the OnePlus 6T as a smartphone for you.