IT WAS only six months ago that I had the joy of reviewing the fine OnePlus 5T made by the same company which owns Oppo Electronics Corp. OnePlus has the distinction of introducing two flagship smartphones each calendar year; the first usually around mid-year, while the other, about the close of the year.

The OnePlus 6 is the 2018 successor to the OnePlus 5T, which came out in late 2017. It has all the feature upgrades you would expect from the next iteration of a top-notch smartphone. Launched in May 2018, fans of the device have been waiting patiently over the past few months, and it finally arrived at our shores sometime in July.

Priced today at about RM2,699, depending on which memory and storage configuration you choose, the OnePlus 6 is available in four colours, and depending where you buy it from – midnight black, mirror black, silk white and amber red.

Some online shops have different colours, memory and storage options but do beware, some models are meant for the China market and may not be covered by local warranty.

The first impression I got of the OnePlus 6 was that it has embraced what many flagship smartphones have done in the past year – a glass-wrapped body akin to other flagships from Samsung to Xiaomi, Oppo et al.

Personally, I’ve never much cared for a glass-wrapped smartphone. Give me the aluminium feel of the OnePlus 5T any day of the week and I will opt for that compared to an all-glass feel. The reason is simple; glass-wrapped smartphones are fingerprint magnets and there is always the threat of the glass shattering should it fall. Yes, aluminium would dent too, but I’d prefer dented metal to cracked glass. But I guess as the trend goes, I’m fighting a losing battle – but alas, I digress.

The OnePlus 6 is equipped with the usual top specs of a flagship model. It sports a Qualcomm Snapdragon 845 Octa-core chipset and an Adreno 630 GPU. The display is an optic 6.3-inch AMOLED screen, wrapped by Corning Gorilla Glass 5, while the resolution is 1080 x 2280 pixels at 19:9 aspect ratio.

From a specifications point of view, it ranks up there with the best flagships in town but that’s the thing I like about the OnePlus philosophy – seemingly quiet. While other brands do make quite a big splash about their specs, this company doesn’t make too much of it.

If you’re a numbers person, benchmark tools Geekbench 4.0 clocks the single-core score at 2,482 and multi-core at 9,153; compute score came in at 14,254. Whilst the scores aren’t top for all things tested, it nonetheless is up there with the other top flagships.

The OnePlus 6 feels solid to hold despite the fingerprints it attracts. Although the phone is a massive 6.3-inch, the feel is only something like a 5.7-inch feel, thanks to the 19:9 aspect ratio.

Speaking about the display, I suppose the most polarising thing about this is the notch display, which so many people either hate or don’t mind. Personally, it takes some getting used to but you could always turn off the notch by going to the settings. Over on the right is the on/off button and a slider to turn on vibration/silent mode. On the left you have the volume rocker button and the SIM tray. At the back you’ll find the fingerprint sensor, which is now oval rather than circular like in the OnePlus 5T. The cameras aren’t flush with the body but that’s a minor issue to me.

Charging is via OnePlus’ proprietary Dash charge, while there is still the faithful 3.5mm headphone jack in existence. The OnePlus 6 weighs in at 177g, not the lightest but it isn’t heavy either.

The one thing OnePlus has been coy about is the IP rating, or the lack thereof. At the launch, executives did not say if the device is IP-rated but still claimed that the phone is protected against minor water splashes, but this doesn’t inspire confidence as there isn’t a formal standard to assure users of its capabilities. So don’t go dunking your OnePlus 6 in the pool.

Next page: All about simplicity and minimalism 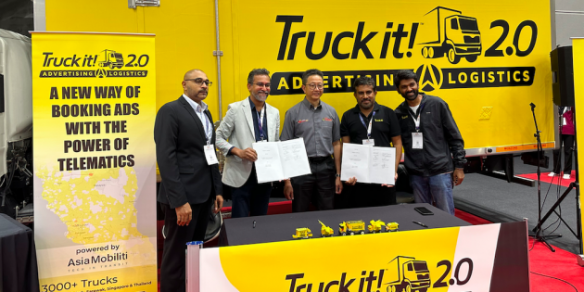