Review: Nokia 7 Plus rises to the challenge IT’S been about nine months since my last foray into the new Nokia, now run by a Finnish company called HMD Global Oy, which had in May 2016 negotiated a deal to buy the Nokia mobile brand from Microsoft Corp.

Then, I reviewed the Nokia 6, which was one of the first smartphones out of their product portfolio. I concluded that the device had the makings of a good mid-ranger but at RM999, it did struggle amongst the competition it was facing at the time.

This year, I tried my hand at the Nokia 7 Plus, which was introduced recently. And for the most part, I found the updated version an improvement from the previous mid-ranger.

As usual, we start with the physical body of the phone. According to Nokia, the 7 Plus is constructed from a block of aluminium while adding a ceramic coating on the back to give it a matte finish. The sides of the smartphones are wrapped with a classy looking copper “strip,” which highlights the shape of the device. The fingerprint sensor is found on the back. 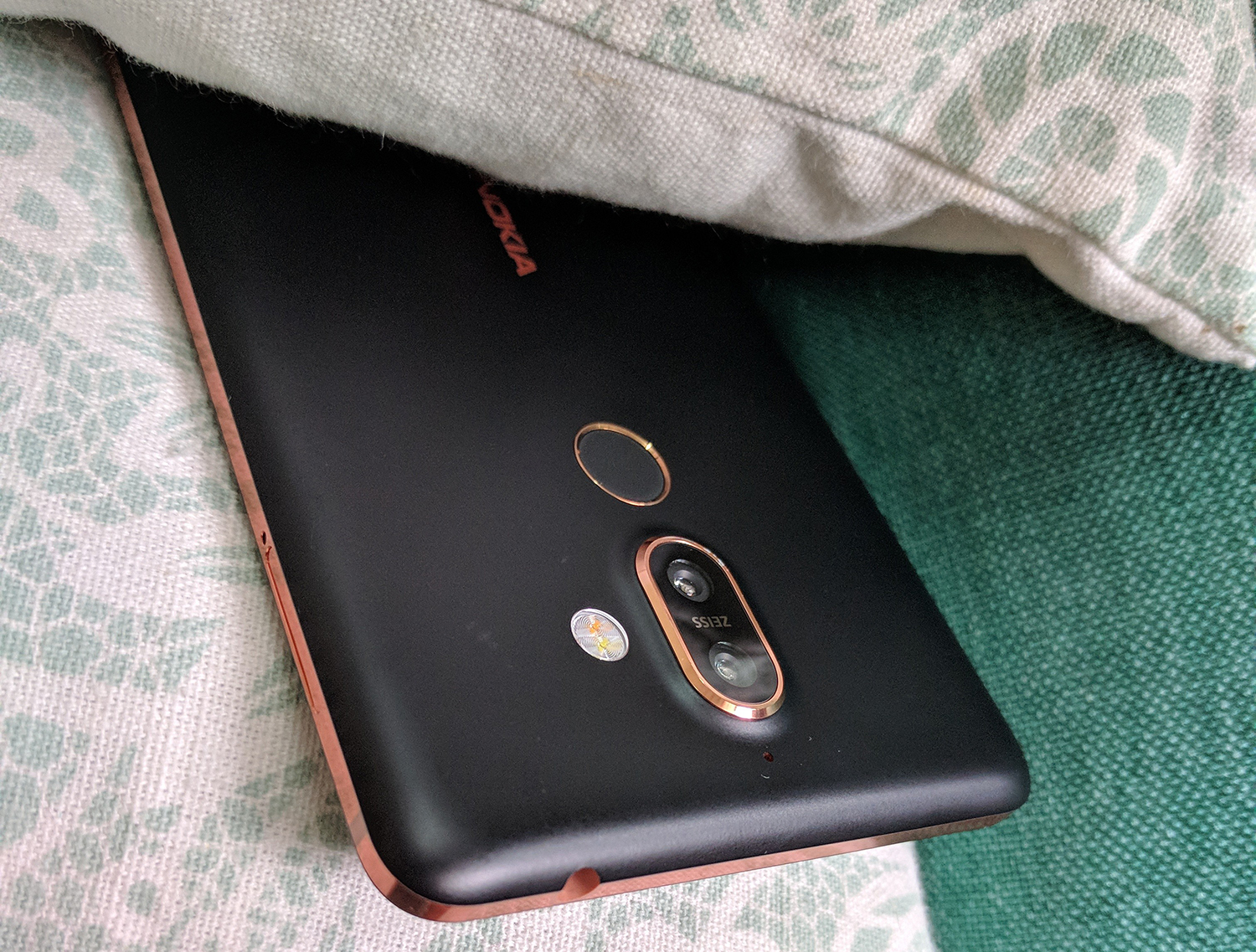 The Nokia 7 Plus comes equipped with a mid-range Qualcomm Snapdragon 660 chipset, paired with 4GB of RAM, 64GB of internal storage, which is expandable via a microSD slot that allows you to ramp up storage to 256GB. Power comes courtesy of a 3,800mAH battery.

Camera duties are assumed by a 12-megapixel primary camera at the back that has an f/1.7 aperture. The secondary camera is a 13-megapixel shooter with an f/2.6 aperture, which Nokia says allows the 7 Plus to capture images at 2x.

Camera optics are made by Zeiss, and this is one of HMD’s selling points for its Nokia smartphones. The front-facing camera gets a 16-Megapixel shooter with Zeiss optics that is said to offer better low-light shooting (more on this later).

The screen is a 6-inch, IPS panel with full HD (2160x1080) resolution at 18:9 aspect ratio, which is a first for the Finnish firm. The panels are wrapped with Corning Gorilla Glass 3. The fingerprint reader is placed at the back, which is where I think all readers should be.

The 7 Plus comes in two colour flavours; copper and white; and black and copper. The full specs sheet can be found here.

The thing I find about the Nokia is that the looks can be quite polarising, IMHO. By that I mean that I found the design to be either something you like or don’t. Unlike many of its competitors such as Huawei, Xiaomi, Oppo or Vivo, the 7 Plus is essentially a square block.

Now if you’re not into square shapes, you’ll find the Nokia 7 quiet staid-looking. From what I’ve seen of Nokia, it’s unlikely to offer you more curved or rounded edges, or a fancy glass back multi-colour set up, such as the recent Huawei Honor 10 that I reviewed recently did. 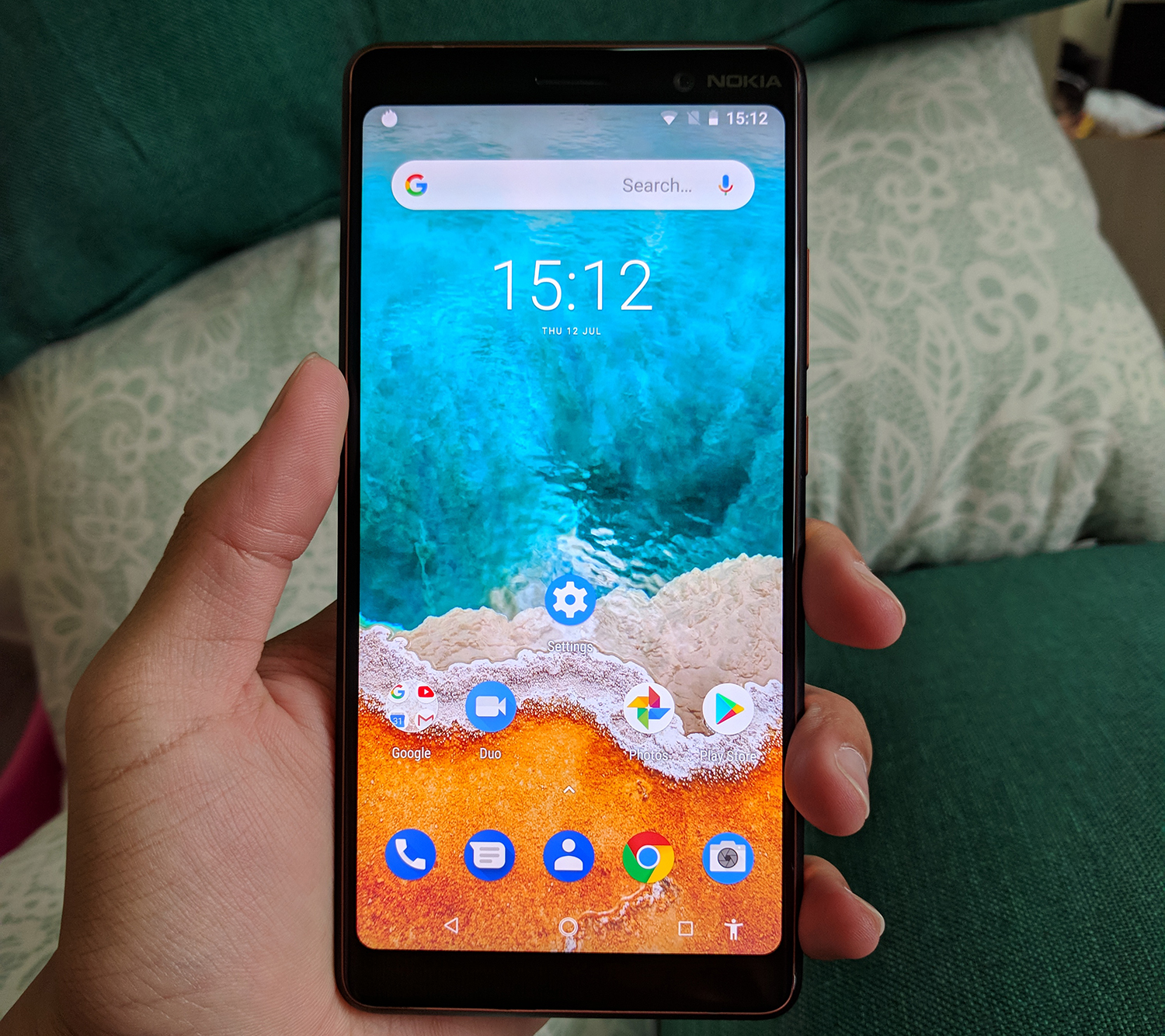 Still, I think it does appeal to some people out there, although I suspect that a younger crowd would like to have more variation in terms of the look they want out of their smartphones these days.

For me, I don’t quite mind the classic square lines but I’d prefer it to be a little more rounded edged, like the OnePlus 5T. That said, I’m not too big a fan of the multi-coloured fascia of the Honor 10 either.

Shape aside, there are a couple of features the 7 Plus has that are noteworthy. The first is that it comes equipped with USB-C charging, which is not standard for a lot of mid-range phones. This means that charging can be much faster.

The second feature is in the software department. The 7 Plus is part of a programme launched by Google Inc to give manufacturers of smartphones the option of using a pure Android operating system, thus giving it parity with Google’s own smartphones.

Dubbed Android One, Nokia isn’t the only one using this scheme as other players such as Xiaomi (A1), Motorola (G4) and HTC (U11) are also on that programme. This means that the 7 Plus comes already equipped with the latest Android iteration, which is Android Oreo 8.0, which boasts an experience that is devoid of unnecessary clutter and bloatware.

The main advantage the 7 Plus would have over its rivals being on Android One is that it will effectively get software updates much quicker. Right out of the box even before I started reviewing the device, I was prompted to update the 7 Plus to Oreo 8.1. Currently, it has the latest software update with security patches that are current up to June 2018, which is as new as it can get.

Overall, I found the Nokia 7 Plus well made and the copper lines do make the 7 Plus much classier looking than previous iterations from Nokia.

Next page: It’s all about the Android One experience