HMD Global has been the custodian of the Nokia brand for close to a year now. In this time, they have released a number of new Android models that tickled the interest of smartphone lovers while banking on some nostalgia by resurrecting the Nokia 3310 and recently, the Nokia 8110.

However, HMD presented neither as they opened 2018 by introducing two new models - the Nokia 7 plus and Nokia 1.

From the get-go, the Nokia 7 plus makes no effort in hiding that it is targeting the mid-range segment of the market, making way for the Nokia 8 Sirocco to act as the brand’s flagship device.

This is not to say that the Nokia 7 plus does not offer interesting features of its own. For starters, it is the first Nokia phone to feature the popular 18:9 aspect ratio screen as it crams a 6-inch FullHD+ IPS display in a body meant for a smaller phone.

Like the Nokia phones from before, HMD had the phone constructed from a block of aluminium while adding a ceramic coating on the back to give it a matte finish as opposed to the normal glossy or glass exterior.

Copper accents highlight the shape and form of the device, with the fingerprint sensor and camera module on the back.

But the true mark of the Nokia 7 plus’ mid-range heritage is its use of the Qualcomm Snapdragon 660 chipset. Though it is not top of the line, HMD Global says the device is performance-driven as it comes with 4GB of RAM, a 3,800mAh battery and 64GB of internal storage.

Yes, in case you were wondering, there is a microSD slot that allows you to ramp up storage to 256GB.

In terms of photography, the Nokia 7 plus features dual cameras on the back with a 12-Megapixel primary camera that boasts an aperture of f/1.7 while its sensor is of the 1.4-micron pixel variety. Its dual pixel autofocus lets it lock on fast.

The secondary camera is a 13-Megapixel shooter with a f/2.6 aperture that allows it capture images at 2x. As expected the camera optics are made by Zeiss as HMD aims to bring back some of the Lumia range of phones' glory days.

Not forgetting the front-facing camera, users get a 16-Megapixel shooter with Zeiss optics that is said to offer better low-light shooting. Like last year’s Nokia 8, the Nokia 7 plus can also take Bothies, photos taken with front and rear cameras simultaneously.

Likewise, it has three microphones that capture 360 degree surround audio that matches the camera’s ability to capture 4K videos.

The unit will run Android 8.0 Oreo out of the box and you can expect a very clean stock Android experience that is devoid of unnecessary clutter and bloatware.

The Nokia 7 plus will be in stores on April 20 at a retail price of RM1,699 in Black/ Copper and White/Copper.

To sweeten the deal, each purchase of the Nokia 7 plus will receive a gift box worth RM300 that includes a Bluetooth tripod, tempered glass together with additional camera lenses, while stocks last.

The One for value 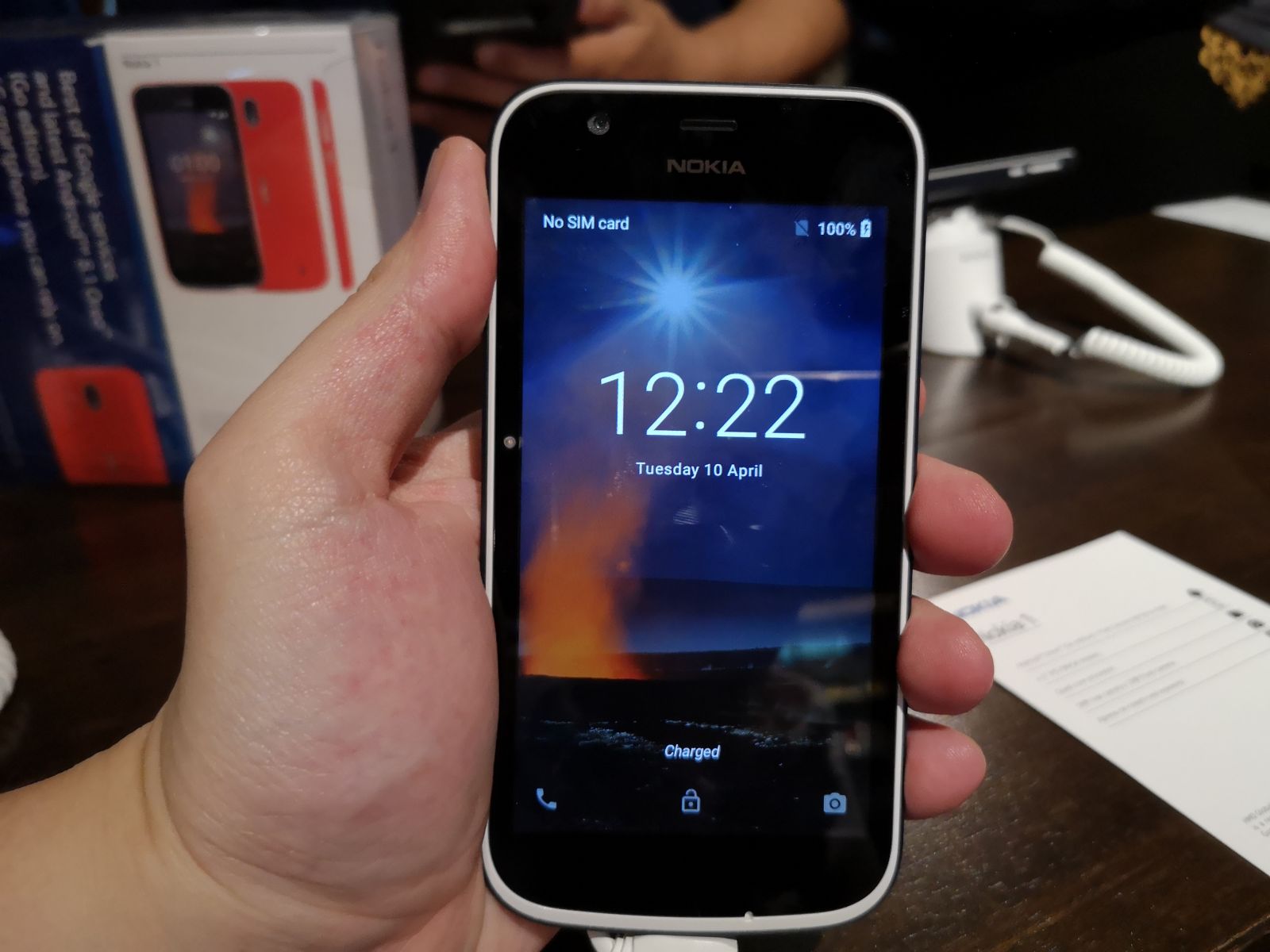 Not forgetting the entry-level segment, HMD Global has introduced its addition to Google’s Android One effort with the appropriately named Nokia 1. This is the brand’s first entry-level phone to be flying under that banner.

As this is primarily a phone that is made to be an entry point for those on a budget don’t expect it to have impressive specifications. For starters, it features a modest 4.5-inch display (854 x 480-pixel resolution) and a 5-Megapixel camera on the back.

The body is made up of polycarbonate so expect it to be available in bright colours like Warm Red or Dark Blue. There are also exchangeable Xpress-on covers that come in a range of vibrant colours.

Lastly, it offers fairly minimal specifications that include a 1.1GHz MediaTek quad-core processor, 1GB of RAM and just 8GB of storage. You will also find a removable 2,150mAh battery that is said to be power-efficient.

The Nokia 1 will of course run on the latest Android Oreo (Go edition), a version of Android for devices with 1GB or less. Within it you will still find a range of apps from Google including a web search app, Google Maps Go, YouTube Go and Google Assistant for Android (Go edition).

With fewer pre-installed and lighter apps on Android Oreo (Go edition), HMD Global says users will get more available storage out of the box compared with devices running on Android Nougat.

Again, the Nokia 1 isn’t the type of phone that is out to impress anyone but it can serve as an inexpensive secondary phone going at RM339. The Nokia 1 will be available from April 13 onwards.

The additional Xpress-on covers will be sold separately in Azure, Grey, Yellow and Pink, each costing RM39.90 (for a set of two).