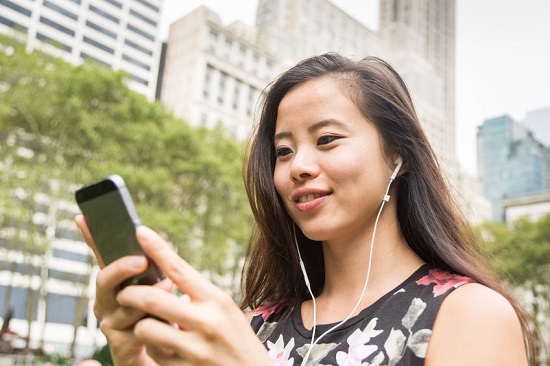 SINGAPORE’S telecommunications players, which saw total mobile revenue grow by about 2% last year, are braced for a challenging 2015 with their first quarter (Q1) numbers showing signs of weaker growth ahead.

For the first quarter ended March 31, 2015, Singapore Telecommunications Ltd (Singtel), M1 Ltd and StarHub Ltd collectively recorded mobile revenue of approximately S$990 million (US$743 million), representing a 1% increase versus the S$978 million (US$734 million) in the same quarter a year ago.

While the January-March period is usually slower, the fact that growth for 2015 has been reduced by half is a sign of concern.

It also raises the question of whether there’s room for a possible new mobile player to register any meaningful growth should it enter the space.

The Singapore Government has yet to decide on which company it will award the fourth telco licence to, but industry players expect an announcement to likely be made towards the later part of the year.

Besides the declining growth in mobile revenue, the first quarter results also indicate that Singtel is not showing any major signs of weakness.

Below is a recap of some of the key metrics of the Singapore mobile telecommunications space:

Although Singtel and M1 managed to grow their mobile revenue during the quarter, the growth they registered was substantially lower than in the previous year.

The first quarter also saw StarHub registering a slight decline (0.2%) in mobile revenue to S$305.4 million. [The figure does not include StarHub’s pay-TV revenue.]

Despite the decline in growth by all three players, Singtel managed to extend its mobile revenue market share to 52.3%, versus 51.9% in the first quarter a year ago. M1 managed to grow its market share marginally to 16.9% from 16.8%, while StarHub’s market share fell to 30.8% from 31.3% a year ago.

There were also a few interesting facts disclosed by some of the telcos. For example, 61% of Singtel’s postpaid customers are on tiered plans, and from this amount, 26% of them exceeded their data bundles.

In M1’s case, 20% of tiered data plan customers exceeded their data bundles during the quarter.

While StarHub did not disclose how many of its subscribers exceeded their data bundles, it did report that 62% of its postpaid subscribers are on tiered data plans.

The postpaid business remains the biggest revenue contributor for all telcos, by quite a margin. However, it appears that Singtel’s growth and market share in this space is under threat.

During the same period, StarHub and M1’s postpaid revenue grew by 9% and 1% to S$265 million and S$147 million, respectively.

The decline in market share may be partly driven by the significant difference in terms of how StarHub and Singtel promote their bundled plans.

The entry-level postpaid package that Singtel is offering, which starts at S$27.90, allows one to have 100 minutes of outgoing calls, 500 text messages/ MMS, and 100MB of data surfing.

In contrast, for the same price, StarHub is offering 100 minutes of outgoing calls, 500 text messages/ MMS, and 300MB of data.

At a time when it’s all about data, the extra 200MB of capacity will surely be more attractive.

While StarHub gained some traction in its postpaid segment, it wasn’t the case for its prepaid business.

During the first quarter, its prepaid revenue fell by 15% to S$45.6 million, partly due to its 24% decline in prepaid subscriber base.

There weren’t many surprises when it came to the Singapore mobile operators’ average revenue per user (ARPU).

One interesting fact was that Singtel was able to grow its prepaid ARPU, despite having a larger prepaid user base.

Today, Singapore mobile operators are not only merely offering wireless voice and data services, but are also pitching fibre broadband services to homes and offices to stay competitive.

In the fixed broadband space, which does not include the pay-TV business, StarHub and Singtel remained the dominant players.

Despite this decline, StarHub remains the country’s leader in this segment with a 47.3% share, followed by Singtel with 41.8% and M1 with 10.9%.

During the first quarter, it increased its subscriber base by over 2% to 545,000 while Singtel’s TV customer base expanded by 1%.

In terms of revenue, StarHub registered a 2% increase to S$96 million in the first quarter while Singtel’s TV revenue jumped 10% to S$55 million.

With the possibility of a new competitor coming into the market, analysts are advising investors to stay away from mobile operators that have high exposure to the Singapore market.

In such a context, Singtel seems to be the safer choice for investors, as 75.1% of the company’s pretax profit for the financial year ended March 31, 2015 came from outside the city-state.

In a recent research report, UOB Kay Hian placed a BUY call on Singtel with a target price of S$4.80; and a SELL call on M1 and StarHub, with target prices of S$3.60 and S$3.50, respectively.