GOVERNANCE of the Internet, itself born of a US Defence Advanced Research Projects Agency (Darpa) initiative, was pretty US-centric in its early days, but as it became a global phenomenon, many recognised the need for greater participation from the international community.

In recent years, this has been reflected in the move towards multi-stakeholder governance via the Internet Assigned Numbers Authority (IANA) transition proposal, which would pass on key technical functions from the United States over to the international community.

Asia Pacific had been pretty coy in discussions over said proposal, as it has been on many issues with regards to Internet governance.

That may no longer be the case, with the latest round of IANA talks seeing heavier participation from Asia Pacific.

This signals Asia Pacific’s change from a “price-taker” to an actual participant in Internet governance, declared Low Jia-Rong (pic above), vice president and managing director at the Internet Corporation for Assigned Name and Numbers (ICANN).

“In the past, we [Asia Pacific] tended not to participate so much in such discussions,” Low said.

“The increase in confidence by our stakeholders in this process means so much and is so important for all of us,” he told a recent media briefing on the IANA proposal in Singapore.

In March 2014, the US National Telecommunications and Information Administration (NTIA) announced its intent to transition its stewardship of IANA functions to the global Internet community. ICANN was given the task of facilitating a community process to develop a proposal for the transition. In a few weeks, the proposal that the global Internet community has been working on for almost two years will be presented to the US Government. If the proposal is accepted, it would mark a historic point in the Internet’s growth and expansion, ICANN said in a statement.

In effect, the United States would be giving the Internet over to the world, it added.

According to Izumi Okutani (pic), chair of the Consolidated RIR (Regional Internet Registry) IANA Stewardship Proposal Team (CRISP), participation from Asia Pacific in terms of comments hit 18%, about one-fifth of the total contribution, which is an increase from the region’s usual contribution to such issues.

“Compared to the usual level of participation in other Internet governance discussions, we are usually the minority,” Okutani told the media briefing.

“But this time we are actually the second biggest region in terms of public comments … overall, I am quite proud of the region, relative to its usual contribution,” she added.

READ ALSO: Lower costs for Malaysian ISPs, perhaps not for users though

The Internet, governed by all

Moving towards a multi-stakeholder model of Internet governance relies on stakeholders being able to contribute to the process, according to Theresa Swinehart, ICANN senior advisor to the president on strategy.

“In March 2014, the [US] administration announced that it had intended to transition its stewardship role … and it gave some principles around that.

“Whatever the proposal was, it had to ensure the security and stability of the Internet continuously, while representing the needs of customers and the multi-stakeholder model.

“It could not be a replacement of the US role by another government or nation, so that’s an important attribute that needs to be met,” she added.

This transition is a grassroots movement rather than a top-down approach, according to ICANN’s Low.

“What is key is that the whole transition process that is happening, and the community discussion around it, is a bottom-up process, beyond just putting the proposal together but also in terms of sharing information,” he said.

The Asia Pacific region had a tough time adapting to this model, according to Low, where a top-down approach has been traditional with most of the region’s cultures and organisations.

“When first I joined ICANN, it was hard for us [Asia Pacific] to understand as we follow a more top-down model – very often, governments or industries are driving these issues,” he said.

“But [the IANA transition] is a very clear example of the multi-stakeholder model in action,” he added.

The multi-stakeholder model, which includes representatives from business, academia, governments and end-users, has been validated by the increased participation by Asia Pacific, he argued.

“It demonstrates that the multi-stakeholder model has been successful and it is what will preserve the Internet’s openness, allowing it to grow and expand the way it has done,” Low said.

“When you look to the future of the Internet … to realise that dream we have to keep the Internet open, and the way to keep it open is to ensure the success of the multi-stakeholder model,” he added. 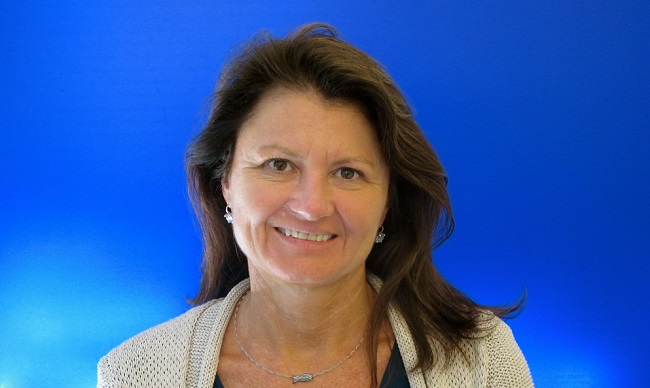 In an organisation with ‘people power’ principles, accountability becomes paramount, especially when the board of directors at ICANN has the final say in approving community proposals such as those covering the IANA transition.

But ICANN has accountability mechanisms in place to provide oversight on such matters, including the nomination of directors, according to Swinehart (pic above).

“We have mandated reviews that come into the organisational structures – we have to adhere to external laws, and we have a review on accountability,” she said.

“This applies even to our own board selection process – the board is selected by the community via a community nomination process; again, an accountability mechanism by itself,” she added.

There are also ways for the community to voice their concerns and even recall directors or the entire board, according to Swinehart.

“There will be an establishment of a reason or rationale, there has to be a discussion before that with the relevant parties, and an escalation process where the dialogue will occur before there can actually be a recall, whether it is of an individual board member or the entire board,” she said.

“The rationale has to be quite significant – there must be pre-conversations among the relevant parties prior to that, and the escalation process and the threshold for triggering that is very, very high.

“That’s because recalling a board member or the entire board is a very extreme measure, so there must be a demonstration of very bad actions,” she added.

The community can also challenge the board on its decisions, especially if they believe the board has not been listening to what they want, according to Swinehart.

There is also an independent appeals mechanism for the community to voice out concerns or issues that have not been dealt with appropriately by the board.

“The empowered community can act if there is a sense that the board has acted contrary to its bylaws,” she said. Close to half of the world’s Internet population is now in Asia Pacific, and the next billion users are expected to come from the region too, according to ICANN.

But how does the IANA transition benefit the average user in the region? According to Low, there are many benefits, but this requires more contributors to work it out.

“For example, the rollout of the new generic top-level domains (TLDs) – beyond the ones we are familiar with (.com, .net or the country domains like .my), you can now have .brand, .restaurant and so on,” he said.

“You can have geographic names as well, even in Mandarin characters like .广东  (Guandong, China) – this is just the first step,” he added.

It was the multi-stakeholder community that decided to expand TLDs to allow for more generic names, according to Low.

“People can have more competition and choice, and allow themselves the ability to innovate,” he said.

“When we have more new domain names coming out, we can use these in local script to allow entire communities to come online.

“One conversation we need, is to work with the language experts in our region, from Myanmar, Thailand and Cambodia, to decide what characters can actually be TLDs,” he added.

Many Asian languages have tones and other connecting characters that make it tough in deciding on a TLD, hence a multi-stakeholder model is necessary, Low argued.

“This can only happen when we have various stakeholders such as linguistic, policy, and coding experts coming together to determine what can be a TLD for that local script,” he said.

“While we can enable this from the ICANN level, how can we drive adoption and usage? This is where the governments and businesses can come in to talk about promoting the use of these domain names, and also creating content in local languages.

“Entire communities that can’t come online because they can’t type English, will be able to come online without typing a single word of English in the future,” he added.