I HAVE always found retrospective recaps like this rather difficult to write. The day-to-day grind mandates that one must put on forward-looking blinders – the search for the next story lead, the next development, the next big thing ... it's the never-ending carousel ride that is the news cycle.

Also, choosing my 'favourite' stories Digital News Asia (DNA) published last year would result in none of them being my own.

It might seem a deliberate play at calculated humility or modesty to say so, but it is the truth. You can’t work for long at any news site unless you genuinely love its content, and I love DNA’s content – I read every single story, every day.

That’s right, even the press releases.

But as DNA founder Karamjit Singh has decreed that this particular assignment must feature the stories we’ve penned, here’s my list of five stories which I found memorable in 2014 – whether because of how it came to be, or what I learnt from it.

1) Dell the man, on Dell the company When word arrived that the founder of Dell would be in Malaysia for one day, taking only one press interview, and that DNA would be the news organisation to do it – I didn’t think I’d get the assignment.

To be honest, I was pushing for one of the old men to take it, not trusting that I would be able to do the interview justice, but Dell executives asked if a journalist who had attended the Dell World conference would be able to do it and well, guess who covered it that particular year?

Walking into the Dell office in Cyberjaya, it was obvious that someone important was in town, thanks to the atmosphere of tense excitement from employees in the building and the obvious presence of an entourage, complete with security.

Michael Dell (pic above) was a lot taller than I’d thought he’d be, and gave off the aura of a self-made man who has not only been around the block, but ended up buying the land the block sits on.

Was it the best assignment of my career? Yes and no.

'No' because my questions could have been sharper, I could have handled the flow of the interview better and made it smoother. And alas, I would not call the resulting story the best of my career to date.

'Yes' because tackling an interview with an iconic chief executive officer and not messing it up is tough, and an art I have yet to master. It reminded me of just how much more I have to learn in this profession, and that the first thought I had after it was “more, I need to do more interviews like this.”

I hope to get another crack at the venerable Mr Dell one day in the near future, but for now, I have levelled up in the sense that most senior Dell executives I meet for an interview typically gets me the following remark: “Hey, you interviewed Michael Dell when he was in South-East Asia, right?”

It makes me wonder if it’s stated in the profile on me they get in their pre-interview briefing documents.

2) Telstra’s chief scientist on the future of enterprise computing Most, if not all of the time, it’s obvious when an interview has been a great or fun one – it usually results in a great story.

The rapport between interviewer and interviewee has just the right chemistry and, to the chagrin of the 'babysitters' that usually sit in on an interview, the topics of discussion typically go everywhere.

Of course, it also helps when the interviewee is chockful of interesting anecdotes, and sound bites too.

It doesn’t happen often, but I had the pleasure of experiencing such a session when I was invited to interview Dr Hugh Bradlow (pic above), the chief scientist and former chief technology officer of Telstra Corporation.

The interview was supposed to be about the future of IT in the workplace and how people are changing in the way they work, but that ended up being only a small portion of what we talked about.

You see, the funny thing about being a journalist covering technology is that you often don’t really get to interview technologists, engineers or researchers. In DNA’s case, we cover the intersection of business and technology, so it’s a lot about pain points, budgets, trends and challenges.

Now don’t get me wrong, speculating on the machinations of industry and trends in the game called market adoption and dominance is a special blend of fun that I do enjoy – but sometimes its nice to geek out about current and random tech.

3) Neuroware: New bit on the blockchain

Yes, I know. There are so many startups out there at the moment, and I’ve profiled quite a few of them, so why am I picking Neuroware as one of my 'favourites' of 2014?

Well, because to me it has all the elements that make for a compelling startup tale: It’s trying to solve a big and hard enough problem, and has a founding team with strong technical credentials.

Call me biased, but I am a fan of startups with proprietary technology, and a market position of selling 'gold picks to miners.'

Covering startups makes me feel like I’m a sports journalist most of the time. Watching startup accelerators at work is like tracking a football league, while categories such as ride-hailing apps is like being at a horse race – all the while, you’re trying to figure out which one is going to turn out to be that superstar winner.

So, will Neuroware succeed and become that vaunted unicorn? I’ll be damned if I know, frankly – I am neither expert nor fortune-teller.

But I’m sure going to enjoy watching them try.

This was a story that was slightly out of bounds of the usual issues I cover for DNA, and those that walk this particular beat tell me that such 'vulture-like' behaviour after tragedy strikes is commonplace – which just further affirms my jaded, cynical view of the world.

But I picked this as a memorable story of 2014 due to the lack of sleep it caused and the mountain of information I had to dig through (thankfully with assistance from some DNA readers), to connect the dots and make sure I had crossed all the Ts.

Since my time with DNA, never has there been an instance that a juicy story lead comes in at 10 in the morning – it always pops up on my radar in the late evening, for some odd reason.

Landing this story certainly fed my inner desire of wanting to do more investigative pieces, and I confess, my inner-conspiracy theorist was awakened as I followed one link to the next and unearthed more connections.

An ultimately satisfying yet tiring story, that half of me wishes to never attempt again while the other half can’t wait to stumble upon another.

5) Ensogo lays off staff across the region

You get used to the fact that as an outlet, you have to get a particular piece of information out that serves an individual or organisation’s agenda or purpose.

It could be as innocent as the natural desire to always be viewed in the best possible light, to the more deliberate schemes of disinformation or taking down a rival.

And when it comes to breaking news, a journalist is only as good as his or her network of sources. And cultivating sources has a lot to do with trust.

They’ve got to trust that you will not hang them out to dry, and that you will publish a fair and accurate report of what is happening and not mangle it up.

And you’ve got to trust that the information they’re sharing is solid, while finding a way to independently verify it via other means.

It’s not that we go out of our way to find bad news stories. People complain and share with us all the time, but not everything is a story. However, when something does cross our path that is in the public’s interest, it is something that we take seriously and do our best to highlight.

A task only feasible if people are willing to take some risks in sharing information and what they know. In the case of Ensogo and its recent woes, enough dissatisfied stakeholders wanted to step up and tell their story.

If I have to write another of these lists for 2015, I only hope that it is populated by more such instances of people trusting DNA enough to share when something goes seriously wrong. 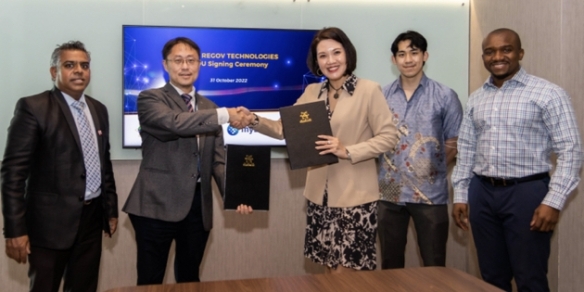