AN unexpected side effect, or perk depending on how you view it, of Dr Hugh Bradlow’s job is annoying chief information officers (CIOs) – even his own.

The chief scientist and former chief technology officer of Telstra Corporation (pic above) shares that he regularly “annoys the hell” out of his CIO Patrick Eltridge, who oversees the IT needs of the Melbourne-headquartered telecommunications and media company.

“I’d say ‘Patrick, the end game should be just you sitting at a desk with an app store, buying the whole enterprise IT environment’,” Bradlow tells Digital News Asia (DNA) during a visit to Singapore recently.

[Writer’s note: As of Oct 28, CIO Eltridge announced his resignation from the company “to pursue international opportunities.” We are confident that it wasn’t Bradlow’s fault.]

The reason for this, in Bradlow’s view, is because the world has reached the stage of utility computing – a service provisioning model in which a service provider makes computing resources and infrastructure management available to the customer as needed, and charges them for specific usage rather than a flat rate.

“But really, what organisations need is utility IT; they need their whole IT environment as an app store effectively,” he argues.

According to Bradlow, there are a couple of drivers that fuel this confidence in the enterprise app store scenario. The first is that there are currently a lot of enterprise systems across the industry that are no different and give no particular player a differentiated, competitive advantage.

“Take for example ERP (enterprise resource planning) systems. Once you’ve got an ERP system for the transport industry, it’s still an ERP system; so why not just buy it as a utility off the cloud?

“There’s a whole lot of systems like that for industry, where if you buy them off a cloud, you get them at [certain] economies of scale and economies of scope,” he says.

The second driver is the way we use devices, with Bradlow observing that computing is now shifting toward the centre – for the very simple reason that people are going to move from device to device and yet still want the full computing environment, irrespective of what device they’re using at the moment.

“The centralisation of the computing environment is a critical factor, and I think this is a force of nature rather than a discussion,” he adds.

General industry consensus is on the eventual dominance of hybrid clouds, with Software-as-a-Service (SaaS) provider RightScale’s 2014 State of the Cloud Report noting that 58% of respondents have adopted hybrid cloud architectures, combining both public and private clouds.

“The fact is, I hear a lot of CIOs talk about hybrid cloud and the need to have certain things private – that these functions are core to their business. I listen very carefully, and 99% of the time they’re wrong, Bradlow says.

Bradlow believes that with all the above factors coming into play, very soon all the business line players will become more involved in technology decision-making.

“And the farsighted CIOs will not think in terms of how to protect their empire but how they can enable the business,” he adds.

Taking steps toward the future

It’s not hard to see why CIOs may not like listening to what Bradlow has to say about the future of cloud computing. He has been described in other media reports as the “world's most expensive tyre kicker” with “the coolest job in the business.”

But he is accustomed to it, having done presentations – many of them external – on cloud computing for the past 10 years.

“I’d walk into a room full of CIOs and I can feel this wave of hostility because they all thought I was there to basically get rid of their jobs – and they were dead right!

“The best form of defence is attack, so I’d walk into the room and say straightaway ‘You will succumb!’ That would get their attention pretty quickly … not their love, but certainly their attention,” he says.

Bradlow is confident that the end game he envisions of a complete transition to full cloud environments and the emergence of utility IT, will eventually play out.

“I don’t know whether it’ll be five or 10 years out, but I am willing to bet that this will be the end state sometime in the future,” he adds.

This confidence appears to align with Telstra’s decision to be a pioneer partner for the Cisco Intercloud initiative, which was made official in March.

The Cisco Intercloud is being architected for the Internet of Everything, with a distributed network and security architecture designed for high-value application workloads, real-time analytics, ‘near infinite’ scalability and full compliance with local data sovereignty laws.

Under the agreement, Cisco will deploy and run a cloud infrastructure on behalf of Telstra, and Telstra will provide both Cisco and Telstra-specific solutions to customers.

In Asia, the platform has also been extended to Hong Kong and Singapore.

Part of Cisco’s long-term version for the initiative is the eventual introduction of a global online marketplace for a range of cloud-based services and products – not too far off from Bradlow’s vision of a full IT app store.

However, this completely cloud-based future does beg a follow-up question: Who then will hold the keys to this new kingdom?

Providers of the new world 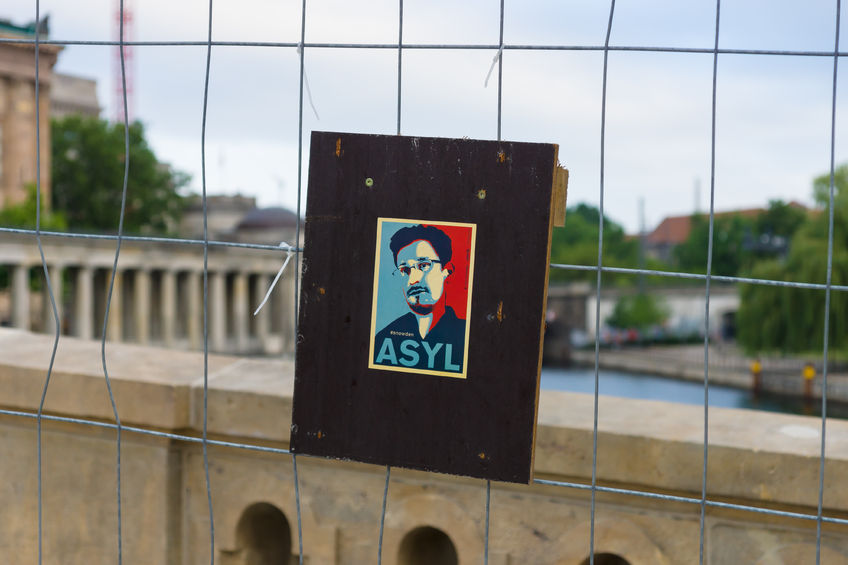 Asked about whom he thinks will be the owners of ‘the new empire,’ Bradlow’s initial response was “Ah-hah!”

“Well, I’m not declaring victory here yet, though one day I hope I will. In all humility though, there will be a variety of players. You got your Amazons, Googles and Rackspace and all these guys,” he says.

But a critical factor in the success of doing business with or in the cloud boils down to full service delivery and support.

“If you’re going to have your entire computing environment in the cloud, you’ve got to have end-to-end service level agreements. The ubiquity of service along with capacity and reliability of critical factors becomes key,” he says.

According to Bradlow, there is also another critical factor for success and that centres on privacy and data security.

It is also why, he notes, that American companies such as Google are “so fed up with the Snowden revelations” because they essentially undermine the trust that people have in the system.

“Now, I have my whole personal life on Google, the NSA (the US National Security Agency) has got complete access to my personal life and good luck to them – I’m sure they’ll find it fascinating.

“But the truth is that for various reasons, for people and particularly businesses, you don’t want that information shared,” he says.

Bradlow believes that the people or providers who will win in this space are the ones that have managed to establish or re-establish the whole trust framework – a position he believes that Telstra is uniquely suited to fulfilling, due to the claim that “trust is part of our DNA.”

“It’s the equivalent of signing the Official Secrecy Act because it basically puts very strong prohibitions around our use of customer data,” he adds.

In addition, security is core to Telstra’s business, but Bradlow took pains to emphasise that it did not mean the company was invulnerable.

“You have to look at it like a race and in terms of the race, we’re right in the front of the pack because it’s so core to our business,” he says.

One more important factor, Bradlow says, is the longevity of the business: “If you’re going to put everything in the cloud and the business disappears, then that’s kind of a problem, especially if you haven’t created your personal backups.”

In a nutshell, it is all these that will characterise the companies that will become the “providers of this new world.”