WELL, to be honest, more than a few people told me I was crazy.

I was leaving a major media organisation, where I had been enjoying the coveted “iron rice bowl” that is one of the few comforts those practising the increasingly volatile profession called journalism could cling to.

And leaving that comfort to join a scrappy bunch of journalists with a grand vision but not a penny to their name?

Yeah, I guess you could call that crazy.

But Digital News Asia (DNA) was offering me something I’d been looking for since I made the conscious decision to commit to pure technology journalism.

The names Karamjit Singh, A. Asohan and Edwin Yapp are attached to fearsome reputations within technology circles – and the opportunity to hone both craft and industry speciality under their tutelage was impossible to ignore.

“I think it’s the most exciting tech publication to be in right now!” exclaimed an ICT correspondent based in Malaysia, when I told him of my decision.

And I knew he was right, though one could forgive me for having reservations – especially when I walked in on my first day of work, only for Edwin to sniff the air, look at me and go: “Sorry ah, it’s been only us men for so long … having the scent of a woman around is a bit unusual.”

It’s been over eight months now and I daresay my “three old men” – as I affectionately (and stubbornly) refer to them as – have gotten used to having a smart-mouthed, belligerent punk like me around.

In fact, to my embarrassment, they’ve said some really nice things in their own retrospectives (click the links to check out Karamjit’s, Asohan’s and Edwin’s pieces). So what do I have to say about my three old men? How about I tell you what I learn from them instead.

From Edwin, I learn about the nuances involved in writing about enterprise IT – the importance of understanding the subject matter, staying on top of new developments, cutting through the spin and zeroing in on issues.

From Asohan, I get an advanced course in wielding language as a storytelling tool and the constant reminder that as journalists, we are accountable to no one else but our readers – the only stakeholders who matter in this enterprise. The fact that he is also a walking repository of knowledge about Malaysia’s ICT history is a bonus.

From Karamjit, I learn about what it means to have passion for the profession and to be truly engaged with the industry one watches over. While the rest of the team are happy to be seen as cranky, jaded journalists, he defies categorisation and walks his own path. Frankly, just watching the man work can be exhausting!

Only time will tell if I have the chops to surpass my mentors, but I take it as a great sign that my typical reaction to reading one of their pieces is: “How the heck did they do it?” followed by “how the heck do I get there?”

And what have I learnt from working in a startup?

In an office-less situation, I’ve learnt (to my horror) that I have absolutely zero self-discipline. You can read more about that here and here.

(Thanks must go out to Brian Martin, Patrick Fong and the Star Metro subs desk for my on-going Gabberish column, which offers me a space to share what I’ve learnt about entrepreneurship and startups to a more mainstream audience.)

I’ve also learnt that I can live without luxuries like finance, administration and human resources departments, but at the same time, I now have a deeper and more heartfelt appreciation for the work they do.

But the most pleasant surprise about being a technology journalist in a startup? It has really built up my sense of empathy.

As a member of a bootstrapped startup, I have empathy for the trials and tribulations faced by entrepreneurs in getting funding and trying to do everything with limited time and resources. (“One-leg kick, baby!”)

As the de facto marketing girl for DNA, I have empathy for social media managers and marketers in trying to reach out to engage and grow a community loyal to the brand. (“Thank goodness! Our readers are smart and comment in complete sentences!”)

In setting up our internal ecosystem of technology tools to empower and enable our business, I have empathy for CIOs dealing with limited budgets, legacy commitments and the perpetual headache of deploying new solutions to a workforce of varying tech-savvy. (“Karam, what did you click? No!”)

In a 2008 article about practicing compassion in an unbiased journalism by Kyle Harland, Patrick Lee Plaisance, a professor of journalism and technical communication at Colorado State University, said he believes empathy is an important tool for journalists.

“I’m a good journalist when I can empathise, when I can truly grasp the predicament of my subjects. And if I’m blind to that, then I’m failing in some way as a journalist,” he said. “It’s critical for journalists never to lose sight of their own humanity and that means understanding and empathising and connecting on a human level, not just as instruments of stories.”

Harland noted that though the difference between sympathy and empathy may seem trivial, there is an important distinction that the journalist must make between them.

“To be sympathetic means to feel remorse for someone’s situation. It is dangerous territory for a journalist because, in sharing suffering, one’s own motives might become affected. But empathy is the understanding and recognition of another’s feelings. This allows the journalist to be more connected and perceptive,” he wrote.

DNA has survived its first year; thanks to the support we’ve had from our readers and the industry – for that a big and humble thank you must go out to you all.

I still get asked, with varying degrees of politeness, from traditional media peers: “Can make money meh?”

Well, we’re not driving around in brand-spanking new sport cars, but we’re still here, aren’t we?

The print media business model has always been inextricably tied to and justified by its medium (such as cost of printing and distribution), but in the online world, content is divorced from such calculations and a pair of eyeballs is worth significantly less.

So how can one make money as a purely online news portal serving a niche audience? The short answer is this: Multiple revenue streams and acceptance of the fact that you now have to work harder for the same dollar.

Since the beginning of my career I’ve had to endure seniors telling me that not only had I joined the profession at the worse possible time, but also I should have been there X years ago when things were “so much better.”

Yes the good old days are well and truly over, but you only do your juniors a demoralising disservice by harping on that fact.

For those like me, the new generation of journalists trying to find their way, we’re looking at an expanded media landscape with more job opportunities than ever before, with exciting possibilities to expand the practice of our craft thanks to new skillsets related to social media, video and data journalism.

I don’t know what the future holds for DNA, but I’ve been around for long enough to know a good thing when I see it and I am committed to finding out whether I’m right.

With three old men watching over me, and opportunities aplenty to make my mark both locally and internationally, do I think I have the best damn technology journalism gig in Malaysia? You bet your sweet patootie I do!

If you have time tomorrow, come join us for a very special edition of our monthly Disrupt series where we put Karamjit in the hot seat as a panellist!

The venue is the Securities Commission Malaysia, Bukit Kiara, Kuala Lumpur, from 5:30pm-7:30pm, May 15. We are capping the audience at 200, so don’t forget to RSVP.

If you can’t make it for that, there’s also a special anniversary segment on BFM Tech Talk this Thursday, May 16 at noon – the entire team will be in the studio trying to out-talk each other. 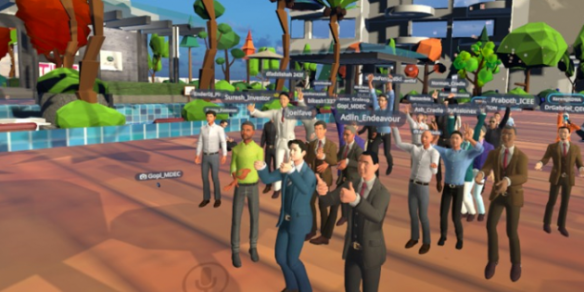