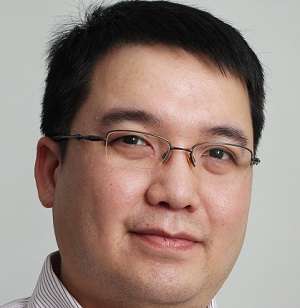 WHEN Digital News Asia (DNA) founder Karamjit Singh asked me to write an article about my personal favourite five articles that I wrote in 2014, I thought, “Gosh, this is going to be tough.”

It was challenging to pick five favourite articles, especially when each assignment I have attended and each exclusive interview I have conducted carries a special meaning to me.

This is because, after covering the stock market, corporate finance and/ or economic news for more than eight years, I had decided to give tech journalism a try with DNA.

While the transition from business to tech wasn't difficult, there were some changes that needed to be made on my end – I found I needed to dive deeper into the entire sector, and not just the financials.

For example, when covering an event hosted by a security vendor, besides being (still) obsessed with the company's revenue, earnings, margins, market share, financial targets, and other data, I also needed to look deeper into what kind of threats were trending, and what companies were doing to defend themselves from these threats.

As a result of this ‘minor adjustment,’ my journey with DNA in 2014 was an eye-opening experience. I needed to see the companies I covered, and the industry, from different angles. It has been amazing.

It reminds me of my early days in journalism, when all things seemed new and fresh, and the number of new things and new people you meet simply fuels you to work harder.

You can understand why it is difficult to narrow it down to just five articles. But here it is, a list of my five favourite stories for the year – in no particular order, as all five are equally as important and special to me. After many years of an ‘obsession’ over publicly-listed companies, it was a good change for me to start paying attention to smaller, but no less important, ones.

iGene’s story is interesting because it also raises the question of whether buyers are putting too much emphasis on an IT solutions provider’s ‘track record.’

For those who are not familiar with iGene, it developed a digital autopsy solution – technology that essentially allows one to perform an autopsy without having to dissect the body. No more invasive (and usually troubling to the victim’s loved ones) surgical procedures; you just scan the body.

So, why is this article worth a special mention? Well, for a start, the technology was developed by a Malaysian company – and like most Malaysian companies, iGene wanted to make a strong start in its domestic market before venturing abroad.

Its solution was used by one hospital in Malaysia, but according to its founder Matt Chandran (pic above), a DNA Digerati50, iGene’s main challenge in selling the solution to other healthcare centres in the country was its lack of a track record.

Thankfully, Matt did not give up, and equally as important, iGene’s investors Agensi Inovasi Malaysia and Malaysia Venture Capital Management Bhd had total confidence in him and his company.

Let’s hope the country doesn’t miss more such boats in the future.

It has always been a pleasure to interview Morten Lundal (pic), currently the chief executive officer (CEO) of Maxis, as the Norwegian is always candid, straightforward and willing to share his thoughts and insights on various issues concerning the telco industry.

So when the opportunity to interview Lundal arose, how could DNA decline it?

During the interview, what was scheduled to have been a one-hour session ended up becoming a two-hour chat as Lundal, DNA founder Karamjit Singh and myself spoke on various topics, and went into depth on some issues.

Coming from a business journalist background, I have interviewed countless CEOs. Most of the time, they will only say positive things about their company. Lundal is one of the few CEOs who are different.

He shared with DNA on how Maxis, once the clear market leader, had become complacent; his strategy to regain the momentum of its prepaid business (in which he described Maxis as being a laggard); and how he wanted to change the company's mindset, and more.

In this article, I wrote about Lundal’s plans and strategy for Maxis’ Home Services business, which covers its fixed broadband and Internet Protocol Television (IPTV) services to residential users, and how it had been a drag on the company’s earnings in 2013.

Lundal said that the business is “strategically well founded,” and can help the company reduce churn rates in the long run.

Based on Maxis’ third quarter 2014 results, it would seem that Lundal’s efforts have been showing dividends.

Its prepaid business, which had been on a downtrend, registered a second consecutive quarter of top-line growth, and it posted RM992 million in revenue for its prepaid segment in the third quarter, an improvement versus the RM969 million and RM972 million recorded in the first and second quarter of 2014. [RM1 = US$0.28]

It will be interesting to see if Maxis can return to its glory days when it was the clear leader in the mobile space.

As the Malaysian mobile telco space becomes increasingly competitive and more matured, it becomes harder to identify a clear winner.

Should the title go to the one which brings in the most profit, subscribers, revenue or some other metric?

So instead of guessing who leads in what area, DNA decided to give its readers a breakdown on how the telcos performed during first half 2014.

During the process of writing the article, which involved substantial number-crunching (which I enjoyed), there were a few fun facts I discovered.

For example, although Digi (formerly DiGi) is the smallest in terms of subscriber base, it generated more revenue than its rivals Celcom and Maxis in the prepaid segment. During the first half of 2014, Digi had RM2.26 billion in prepaid revenue, while Celcom and Maxis had RM2.21 billion and RM1.94 billion, respectively.

Overall, I was satisfied with my article. However, I also realised that there is still plenty of room for improvement for this kind of analysis piece.

Rest assured, once all the numbers by the big three telcos are released, DNA will give you, our readers, a better breakdown of the results, and a clearer picture of which telco is winning the war.

We have heard a lot about big data analytics in recent years. Essentially, it is about having the ability to collect and analyse structured and unstructured data – the latter usually comprising very large data sets that are difficult to process using traditional methods.

There are already many big established players playing in this space: IBM, Teradata, SAS, and Oracle, just to name a few.

So how can a company like Cisco Systems Inc, more known as a networking gear-maker, step into the arena? Well, it created a new untapped segment, which it unveiled at a briefing in San Jose, California.

In most cases, big data analytics involves a lot data-crunching in data centres or some other type of centralised depository, which can take some time. What Cisco is suggesting is that some of the data can be analysed ‘at the edge,’ that is, some analytics can be performed at the router layer itself, instead of waiting for the data to be collected, transmitted to the core, and collated there.

For example, retailers would be able to track customer flow using data collected from closed circuit TV, so that they would know when to open a new cashier counter to avoid long queues. With sensors at the shelves, they would also know what and when they would need to restock.

This is possible because data traffic from the CCTV or other sensors go through a router, and the analysis can be performed there, instead of at the data centre. This makes analytics quicker and more ‘real-time.’

The concept does not mean that companies can or should do away with analytics at the data centre layer. The two methodologies complement each other – one uses ‘big’ data to better understand products, customers and trends in the long run; the other uses ‘smaller’ data to make real-time decisions.

It started with a ‘simple’ announcement on Bursa Malaysia, but DNA decided to dive in a bit deeper.

We managed to get in touch with MyEG cofounder TS Wong (pic above), as well as Paul Tan (a DNA Digerati50), cofounder of its potential rival Driven Group, so that collectively, they could give us better insight into the online automotive classifieds industry.

Although Wong (also a DNA Digerati50) is keeping his strategy close to his chest, he is nevertheless confident about the business he is venturing into – which is already crowded with many players, including generic classifieds site mudah.my, and specialist sites such as carlist.my, oto.my (owned by Driven Group), motortrader.com.my and autoworld.com.my, just to name a few.

“We cannot let the cat out of the bag so soon … but we must believe we have a secret weapon, otherwise we wouldn’t have ventured into this crowded space,” Wong teasingly told DNA.

How is MyEg going to execute its automotive online classified market strategy? How will it integrate this with its existing services?

While Wong did not reveal specifics at the time, he certainly attracted the attention of industry players, and from now on, all will be closely watching MyEG’s next move.