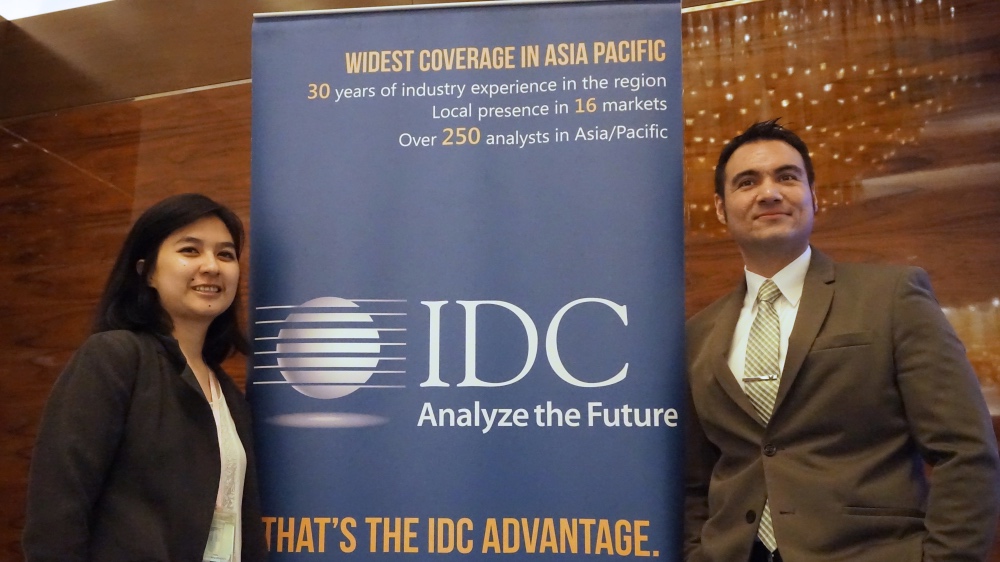 AS THE hottest market in the Asia Pacific for e-commerce after China and India, Indonesia has set a bold and ambitious target for e-commerce transactions to hit US$130 billion in 2020. It is also projected to reach US$18 billion this year.

Based on this bullish outlook, and in a bid to support the e-commerce sector, the government has rolled out its e-commerce roadmap as part of the 14th economic policy reform package.

According to its country manager Sudev Bangah the numbers are “severely overestimated and this overestimate only helps e-commerce startups to boost valuation.”

IDC Indonesia predicts that the total value of the e-commerce market this year will only reach US$8 billion. The forecast US$130 billion, therefore would be difficult to accomplish.

“If we look at more mature countries, e-commerce value is represented by the transactions that occur on e-commerce websites, whereas in Indonesia, the government also includes the price and value of the goods in their projection.

“The problem with this is simply double-counting. Many of the goods are coming from physical or offline stores but sold online as a new channel, hence the revenue of the transaction is counted and booked offline because it was from the offline inventory, but it is also counted as an online transaction. We need to separate these two,” he explained.

He also highlighted that the government is putting online travel and online rides such as Traveloka and Go-Jek inside the e-commerce bracket although “we have never seen this anywhere else in the world.” IDC Indonesia scrutinised the e-commerce definition in Indonesia and found that there are three types of e-commerce. The first one is pure-play e-commerce such as Amazon; the second is total e-commerce, which includes consignments and marketplaces and the third is upliftment, which includes online stores owned by brick and mortar businesses and retailers.

E-commerce transactions are captured when customers order products via an e-commerce site, and counted when payment is made through payment solution providers such as Veritrans, Doku or a credit card.

“We do not count cash on delivery as well as ATM and bank transfers as e-commerce transactions, simply because there is no transaction fee, or the fees go to the bank and are not included in the e-commerce value,” said IDC Indonesia head of consulting Mevira Munindra.

She pointed out the fact that Indonesia needs to have a clear e-commerce definition to be able to project and set targets for the sector in the future.

“The truth is, there is no pure player of e-commerce in Indonesia. Leading e-commerce players only have 30% to 40% of direct transactions, and are still supported by consignment, or marketplace,” she said.

However, according to the latest Google-Temasek e-economy SEA 2016 report, Indonesia’s total internet economy will be worth US$81 billion in 2025, with gross merchandising value (GMV) or total dollar value of merchandise sold on an online platform hitting US$45.7 billion in the next 10 years. While the country can still leverage on the e-commerce sector’s potential, it also needs to readjust its approach towards supporting the sector, IDC said.

“While we love to support the idea and ambition, but at the same time we need to be realistic about the idea.

He explained that in order to do that, the government needs to quickly form an e-commerce taskforce that will be responsible for figuring out how to make people want to shop online.

“A lot of education, incentives, and innovation from e-commerce players is urgently needed in order to drive more people to shop online. Price wars are not enough,” he added.

According to IDC’s B2C e-commerce survey, while Indonesians love the idea of convenient and flexible online shopping, many are still hesitant because they cannot try the product, its specifications are not what they seek, the payment method is unsafe and they fear fraud.

“When the pain points are addressed well, then the demand that now comes mostly from the Greater Jakarta area will start to spread to second and third-tier cities.

“Government and e-commerce players really need to look into driving demands, so they have ample from the demand side to support the growth of the sector,” Sudev concluded.