A GREATER emphasis on workforce development correlates with better financial results, according to findings from Workforce2020, a global study from SAP SE and Oxford Economics.

The study looked at high- and low-performing companies worldwide, including Australia, India, Japan and Malaysia in Asia Pacific, examining correlations between workforce priority and financial success, SAP said in a statement.

The results found several key characteristics of high-performing companies regarding their use of talent to drive bottom-line growth, the company added.

Recruit and keep the best talent

Higher-growth companies are better at attracting quality talent, according to the study.

SAP said that 64% of high-performing Asia Pacific firms are satisfied with the quality of job candidates, compared with 56% of firms with below-average profit margin.

In addition, one third of low-performing Asia Pacific companies say that difficulty recruiting employees with base-level skills is impacting their workforce strategies.

“Key to managing human resources well is finding, supporting and driving the right talent. Technology can help HR managers monitor and identify areas of opportunity to strengthen a company’s most valuable assets that ultimately lead to better business performance,” he added.

High performers in Asia Pacific are significantly more likely to say that increasing contingent and consultant employees are impacting workforce strategy, while low performers tend to say changing demographics are impacting their strategies.

Almost half of higher-revenue companies in the region are increasingly using contingent employees, compared with only a third of low performers.

Prioritise workforce issues at the C-level

Top-performing organisations prioritise workforce issues at a far higher level than those that are lower-performing, according to the study.

As much as 77% of executives at high revenue growth companies in Asia Pacific say workforce issues are already driving strategy at the board level, versus 64% among underperformers.

However, more than a third of executives at high performing companies in the region said HR will have no voice in decision-making in three years. 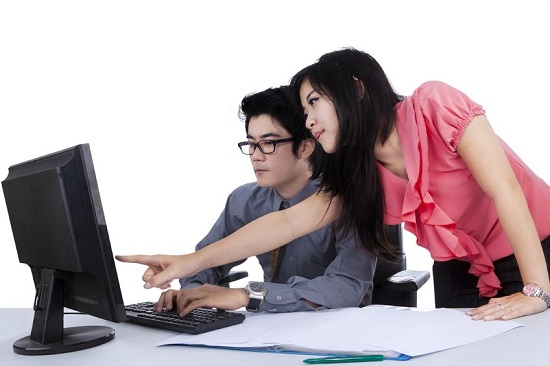 Surprisingly, 40% of low performers say they have ample budget and resources dedicated to developing talent, compared with only 23% of high performers.

In terms of skill continuity, 35% of low performers say that when a person with key skills leaves, they tend to fill the role from within the organisation, against only 23% of high performers, who more often recruit externally.

Executives at high-revenue growth companies in Asia Pacific say these technology skills are well-represented at their organisation, outperforming low growth firms: Analytics (62% versus 55%); office productivity software (58% versus 49%); and digital media (36% versus 27%).

For more information on the study and related best practices, check the APAC face sheet here (PDF) or visit the Growth campaign hub.

Survey respondents came from a variety of industries, company sizes and age groups (49% of employee respondents are millennials).