PKR president Anwar Ibrahim on Feb 4 launched the Digital Native Agenda (DNA23) initiative that conveyed a grand inclusive vision of how the digital economy will impact Malaysia, while being sparse on the actual details.

Commanding the stage at Astro's All-Asian Broadcast Centre, Anwar regaled both the crowd in front of him, as well as those who tuned in to the live telecast, ably supported by Communications and Multimedia Minister Gobind Singh Deo.

"If we do not take up immediate measures to propel this emergence and awareness in this Digital Native Agenda, I believe that we will not be able to be or to remain a competitive country," said Anwar. "Our state of our economy, and our society, is certainly in dire need of a major reform."

As a result, it is vitally important that Malaysia embrace the Digital Economy. "Make sure the digital agenda becomes part of our DNA,," Anwar stressed. "Not only the tech companies, not only the elites in urban areas, but for all Malaysians."

Engaging with the rakyat

Answering a question on how Anwar was going to drive this initiative, considering he held neither a ministership nor a senior role in the current government, Anwar was relatively quick to insist that DNA23 was a "complementing" initiative to efforts by the government and MCMC.

"Government initiatives will have their own limitations because they have different terms, different priorities," explained Anwar. "I think if we can do this, then we can get the rakyat directly involved," he continued, giving as an example, B40 stakeholders such as Felda settlers, fishermen and teachers.

Anwar also insisted he wanted things to happen "right now", although there were no details in the presentation, press kit, or the DNA32 website on how his grand vision would become a reality.

Gobind agreed that what was needed was a "change in approach" towards improving inclusivity. "We no longer hold the position that we are government, everyone comes to us," he explained. "We want to engage with the people because time is of the essence."

Anwar agreed, saying there was a need "to encourage other industries to come in" apart from the obvious IT and technology ones. "That is my small role," he said.

Ensuring a ‘trickle down’ to the rural heartland

Anwar recognised the fear that the oncoming digital economy might not be a boon for all. "The popular misperception or misconception with regard to the digital economy is that it will create this new divide between the urban elite and the poor masses," he said.

Explaining that the "government will have to give all the support possible", Anwar further encouraged what he called a "democratic" reaction. "The contestation of ideas should not be deemed purely to benefit (the) elite cycle," he said. "The elites must not continue to ignore and marginalise the vast majority.

"So we must actually help propel the industry and at the same time encourage the trickle down to the rural heartland," he said.

However, it must be noted that when Gobind explained that telco companies were reluctant to rollout broadband to the rural areas because of low profits, Anwar extracted applause from the audience saying, ""How is it that we gave licenses to telcos without these conditions established?", implying that he recognises that it will take more than lofty ideals to get industry to share their profits with the rakyat.

Speaking in more practical terms, Anwar noted that 800,000 new jobs will be created in 2020 as a result of the digital economy, and it was crucial that young Malaysians be skilled enough to fill them.

"I've met at least six or seven big companies who have said that we love your workers, they're very disciplined, knowledgeable, but they're not up to the mark, as compared to some of the graduates of Australia," warned Anwar.

On the whole, Anwar was anxious for work to begin. "DNA23 is for here and now," he said. "Just start and do it".  But exactly what, we'll only find out later. 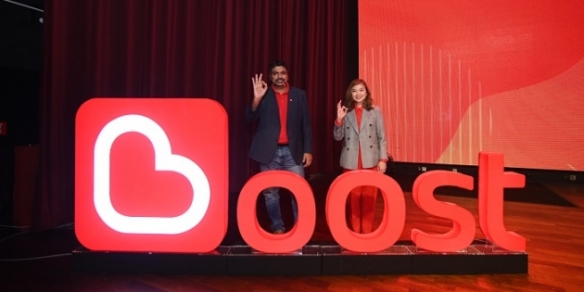