IT COULD be said that the digital divide is a natural consequence of progress. When technology is first introduced to a country, it understandably begins in pockets, benefiting first those with needs, and more importantly, the resources to access it. Subsequent adoption is uneven, meaning that when it becomes "mainstream", it creates an environment of haves – and have-nots.

In Malaysia, the onus to rebalance this inequality has fallen on the government, specifically the Malaysian Communication and Multimedia Commission (MCMC). In 2002, they established  regulations for Universal Service Provision (USP) whose objective is to provide access to the Internet, with the priority on ensuring communities have something called "collective access", where the provision of internet access has been brought to the last mile, and the user only needs to pay access service charges.

In practical terms, the MCMC is trying to narrow the gap between underserved areas and the rest of the country. For example, if you are in an area where the number of people with access to the Internet is below the national broadband penetration rate, which stood at 76.9% or 24.5 million users at December 2016 according to MCMC data, you are in an underserved area. When viewed in this manner, it is a never-ending mandate to uplift the half of the country that is currently behind.

Up to this point, the MCMC has tried to fulfil the USP both at an infrastructure level (ensuring cell towers and submarine cables get built) and at times quite directly (e.g. by building community internet access centres). The objective is to clearly provision the have-nots.

On the other hand, the 11th Malaysian Plan also has targets to fulfil. By 2020, 95% of populated areas need to be covered by broadband, with state capitals and "high impact growth areas" getting access to speeds up to 100Mbps. This is supposed to represent the top end of the population, to ensure that the country as a whole doesn't fall behind.

The question at hand is of course whether this has been enough to redress the gap. In June 2018, some attempt was made to answer this in the Malaysia Economic Monitor, published by the World Bank Group. Their conclusion was that there were many places where Malaysia could do better.

The good news first: Malaysia's overall digital adoption rate is high. Referring to the World Bank's Digital Adoption Index (DAI), the report states "Malaysia's level is higher than any other country in the region with the exception of Singapore". The proportion of population with digital access was up to 80% by the end of 2016, which is on par with countries with advanced economies.

It is interesting to note that the World Bank and the MCMC measure Internet penetration rates slightly differently. While the World Bank measures what proportion of the population has access, the MCMC uses "penetration rates", which refer to rates per 100 inhabitants. For example, in the second quarter of 2018, the broadband penetration rate is calculated at 117.9 subscriptions per 100 people (which means there are more subscriptions than people, without any clear indication how many people have no access at all).

Importantly, this access is heavily reliant on mobile access, with the overall 117.9% penetration rate in a lopsided split between mobile (110% penetration rate, ahead of many OECD countries), and fixed-broadband (7.9%).

The MCMC admits that the broadband penetration rate in many states is driven by  growth in the mobile broadband segment, highlighting that it is driven by the installation of new sites, by upgrading 2G to 3G or 4G/LTE, and even in some cases installing small cells sites. “Nonetheless, the mobile broadband market in Malaysia is volatile and subject to high churns, especially in the prepaid segment,” said a spokesman from the MCMC.

In short, although Malaysia's digital adoption rate is comparable to advanced economies, the actual digital adoption by businesses is that of a lower middle-income country. Vision 2020 depends on whether your glass is half-full or half-empty, it seems.

The Malaysia Economic Monitor goes on to quote a survey of the Federation of Malaysian Manufacturers (FMM) where more than 50 percent of manufacturing firms cited poor quality and lack of affordability as reasons to not take up Internet access. 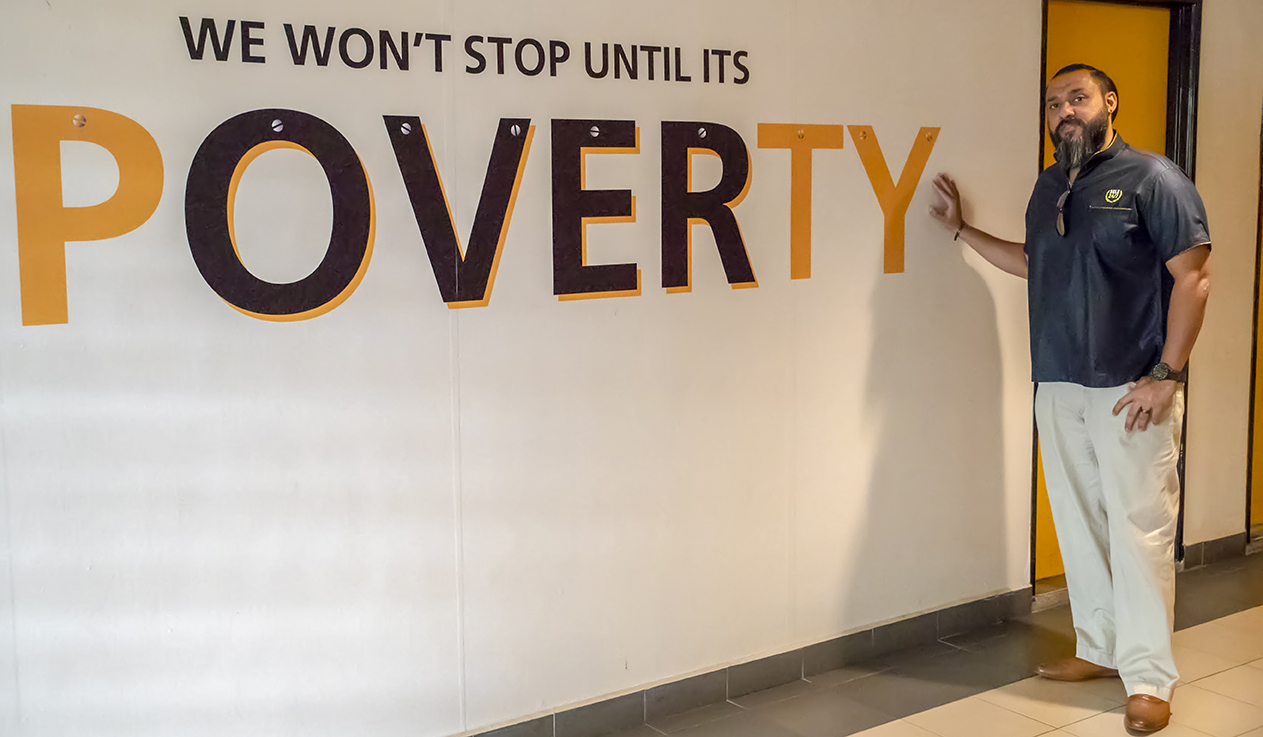 A digital divide is an economic divide However, even if you're in the right place with enough of a budget, it can still be an issue. How about right in the middle of Kuala Lumpur?

"We just spent several months working with a client at KLCC where we couldn't get a decent mobile connection 30-40 floors up," said Kal Joffres (right), the CEO of Tandemic. "I've had three hotspots at KLCC and have seen them completely unusable for hours as 70% of the packets didn't return," he says.

"We've frequently complained to the service provider who has basically told us, 'Oh, it's probably because of the height you are at'.'"

Joffres also recounted issues implementing a project in Kota Kinabalu where internet connectivity was an issue, even with a fixed-line broadband.

In both cases, Joffres conected directly with the service provider to solve the technical issues, but did not register any sort of complaint with the MCMC. "When I complain to the mobile provider, I'm trying to get my problem solved," he explained. "When people complain to the MCMC it's because they want the provider punished. Complaining to the MCMC is not going to get my Internet back up and running."

As a result, these are issues that may fall through the cracks. In principle, the KLCC has 100% internet access, but it is impossible to tell if these stories of failure are exceptions or the rule.

The lack of wired broadband also brings with it societal impact. SOLS 24/7 CEO Raj Ridvan Singh (pic, above), implements education-related projects all over Malaysia, including in the rural areas where internet connectivity is poor.

"Not all of them use Wi-Fi at home. They are still very dependent on data access through their handphone."

As a result many students have to leave the house and visit the local cyber cafe, which is not the most conducive learning environment. "A kid with a computer in the home is less likely to watch fun and play video games, (compared to) a kid who has to go to an internet café," notes Raj.

By way of analaogy, Raj thinks the government needs to compare the situation now in 21st Century Malaysia with what happened when the government began to build roads throughout the country in the 20th Century.

"It brought the economy up, it brought connectivity, it brought education, it brought so many things," said Raj. "This is the view that our government needs to take with internet connections."

Raj also makes the point that depending on your situation, slow internet access is as bad as no internet access. "You want them [citizens] to participate in the economy. You ask them to break walls but instead of giving them a drill, you give them a cangkul [hoe]," he explains. "The digital divide then causes almost very directly an economic divide."

As an example, the eRezeki and eUsahawan initatives to date have encouraged the growth of digital entrepreneurs in the B40 (Bottom 40%) communites, benefiting more than 150,000 people since 2017, and generating more than US$54.9 million (RM227 million) in additional sales. Yet these numbers might have been even better. "There remain pockets of communities, especially in rural areas and urban poor areas," notes Sumitra Nair (pic, left), MDEC vice president, Talent & Digital Entrepreneurship. "They have not been able to fully harness the power of digitally-enabled income opportunities due to the inconsistent or poor quality of Internet connectivity."

As a result, Sumitra highlights the dependence these underserved areas have on organisations like the MCMC. "We are extremely grateful to the government for its efforts to extend coverage even further."

Raj feels however, that there is a risk that the rollout success measures may not catch the story at the ground level. He agrees that apart from penetration numbers, the government should also survey usage impact.

"How did it impact your business? How does it impact your education?" he says, focusing on how these initiatives could change lives. "Trust me, the government will be shocked because people will be brutally honest about how crappy the connections are."

The key point of all this, really, is that, at the end of the day, narrowing the digital divide isn't about improving access to places, but to people. Measure how people’s lives in underserved and unserved areas have improved once access to the internet has been made available. Save the pats on the back for when Malaysians in underserved areas widely say they are benefiting from the internet access made available to them. Till then, there is much urgent work to be done by the government and especially the MCMC. 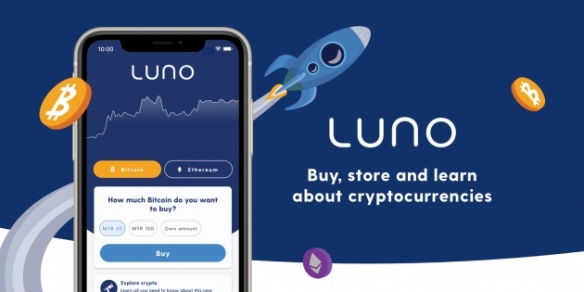