WHEN one thinks of a conducive working environment, a fashionable or luxurious space is usually not part of the criteria. However, this is exactly the view that coworking space, Colony, is taking.

Founded by husband and wife duo, Timothy Tiah and Audrey Ooi, Colony officially launched their third location in KL Sentral, following on from their first two locations in KLCC and KL Eco City.

To date, the investment and working capital of Colony amounts to around US$7 million (RM28.6 million). The company is backed by Oak Drive Ventures, Cornerstone Partner’s Group and family offices around the region.

“We envisioned a space where people would want to work. We usually have good experiences when we’re on holidays at resorts. So we thought, why not build a workspace that feels like a resort?” Tiah says.

This is hardly Tiah’s first business venture. He established the digital media business Netccentric in 2007 with the launch of a blog advertising company, Nuffnang. Upon leaving the management team at Netccentric in 2016, Tiah focused his efforts on building the first Colony location at Jalan Kia Peng near KLCC by raising US$1.96 million (RM8 million).

The latest 15,000 square feet space in Q Sentral is curated with a Parisian Apartment design in mind, lending the area a lavish ambiance. Designed carefully by Ooi and a team of interior designers, she says that her passion lies in “building unique spaces that will blow our guests away, while at the same time sharing the commonality of luxury and comfort.”

After garnering demand for its first luxe suite prototype at KL Eco City, Colony re-introduced five luxe suites at the Q Sentral location. These luxe suites are equipped with smart lights that come with motion sensors, smart tables with wireless charging, a Google Home system and fully-supplied minibar at a price point of US$3,132 (RM12,800) monthly.

Being a prolific blogger, Tiah values aesthetics and “Instagram-worthy” interiors, thus making it Colony’s key offering and selling point. While his competitors spend a considerable budget on marketing campaigns, Colony relies on the strength of social media. “We spend very little on marketing. We build very nice spaces and people share about us on Instagram. That’s how people hear about us,” he says.

As far as amenities go, Tiah stresses that their priority is that each Colony space has easy access to public transport and is close to a vibrant mall. “In fact, the other Colony spaces have access to a gym, kid’s rooms and even a swimming pool on the rooftop.” 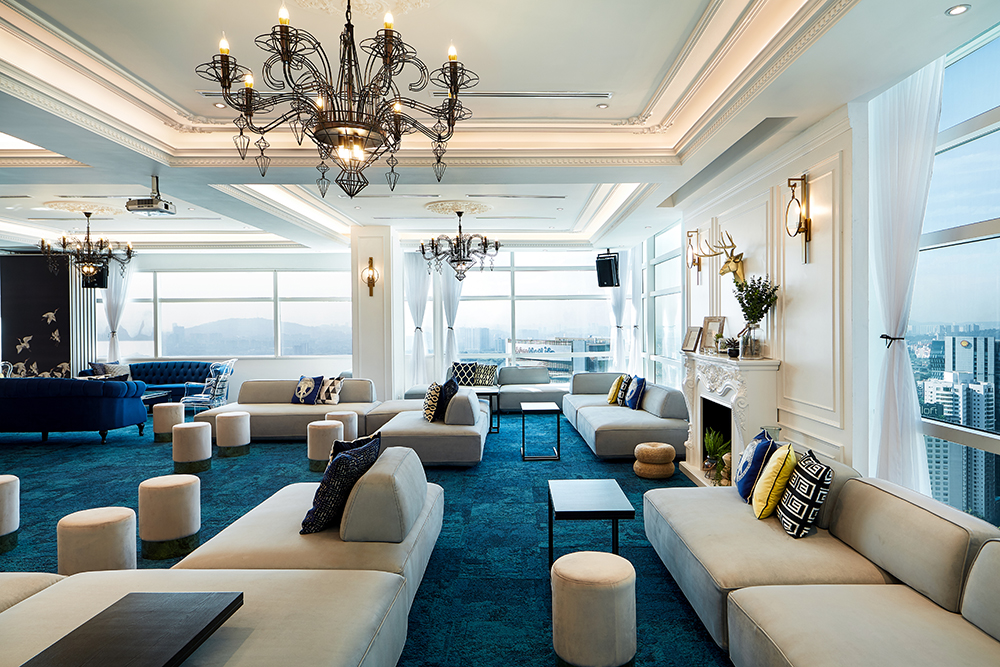 At Colony @ Q Sentral, monthly rental begins from RM410 for each open hot desk seat, and a private office starts from RM3,488. Time-based passes are also available and priced from RM338 for 100 hours.

In terms of competition, Tiah says: “When we lose a customer, very often we lose them to traditional offices. However, financially, it is actually cheaper for companies to be based inside Colony instead of renovating their own office spaces. At Colony, they can save space with the use of common areas and can do away with hiring receptionists and office managers and have no worries about air-con breakdown or Wi-Fi issues because it is all handled by us.”

In 2019, Colony hopes to launch two other locations in Star Boulevard KLCC and Mutiara Damansara by June.