ALL-in-one human resources (HR), payroll and benefits platform Employment Hero announced that it has raised US$34.93 mil (RM141.6 mil) in a Series D funding round, which will be used for accelerating growth in Australia and doubling-down on its international expansion strategy.

The latest funding was led by returning investor SEEK, with participation from previous backers OneVentures and AirTree Ventures as well as the company’s newest investor, Salesforce Ventures, the company said in a statement.

As part of its first wave of international roll out, Employment Hero launched localised versions of its people, payroll and benefits solution in New Zealand, Britain, Malaysia and Singapore in late 2020, it said.

Funds raised from the Series D round will support Employment Hero’s continued growth in these markets and facilitate a significant push across Southeast Asia, it added.

“We’ve never been in a better position to step up to the global playing field. Employment Hero has established itself as one of the best, all-in-one HR, payroll and benefits platforms in Australia, and we’ve proven market fit for small and medium enteprises (SMEs),” said Ben Thompson, chief executive officer (CEO) and co-founder of Employment Hero (pic above).

“We know the last year has been incredibly difficult for employers everywhere, particularly as many were thrown into the deep end when it came to digital transformation and remote work. We recognise that remote employment is just another challenge for SMEs right now and we have the solution to help.”

Claiming to be used by 6,000 SMEs and collectively managing over 250,000 employees, Employment Hero’s headcount increased by 50% in 2020, bringing the team to more than 200 full-time employees globally.

Integrating with the Employment Hero software platform, Global Teams is touted to give SMEs everywhere the ability to find, onboard and manage remote talent legally and seamlessly, while also offering an in-built recruitment tool that allows SMEs to easily create and publish open positions to over 1,700 job boards worldwide.

Meanwhile, SEEK said it intends to help Employment Hero achieve its goal of becoming the “largest HR and benefits platform for SMEs in the world”, and is currently exploring ways to cross promote and bundle SEEK's products and services with Employment Hero in Australia, New Zealand and Southeast Asia.

Andrew Bassat, chief executive and co-founder of SEEK, said that for the past four year, it has watched Employment Hero go from strength to strength in the Apac market.

“We are confident that Employment Hero will positively impact small business communities in its chosen international markets,” Bassat said.

“We are looking forward to our strengthened partnership with Employment Hero as it continues to drive change in the HR tech space and build a network of empowered employers.” 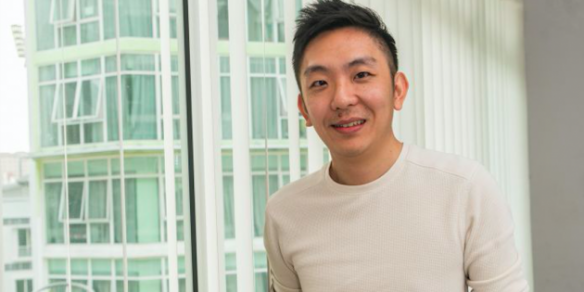