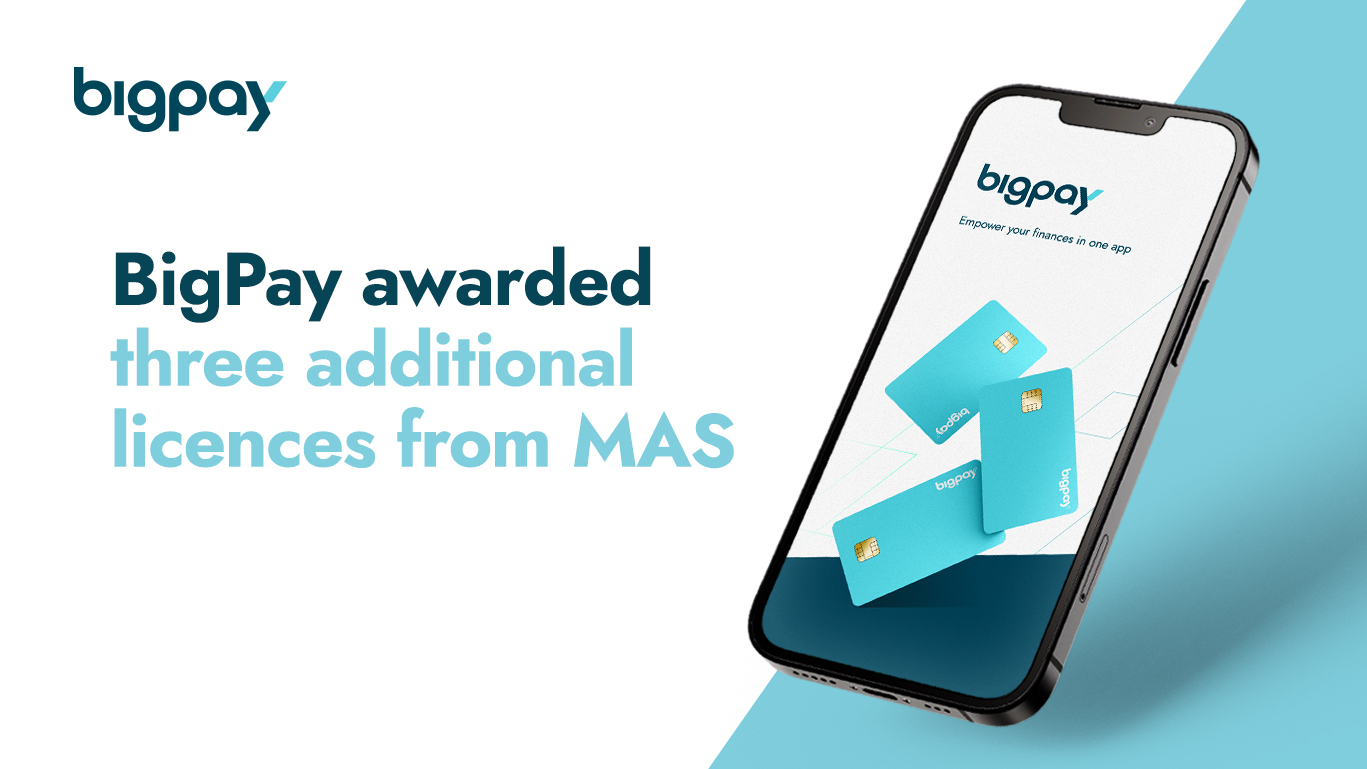 Under the Payment Services Act 2019, BigPay said it is licensed as a MPI to carry on the business of cross-border money transfer service, and now, account issuance service, domestic money transfer, and e-money issuance.

The company claimed that in 2022, it has more than doubled its user base in Singapore and will be accelerating its growth further with the issuance of the three new licenses.

The firm said it currently holds four out of seven seven key regulated activities under the licensing framework.

Mitherpal Sidhu, chief operating officer of BigPay, said the addition of the three new services to BigPay’s MPI License, and the growth it has experienced in Singapore further cements its commitment in supporting the government’s vision toward a digital payment driven society in Singapore.

“The new services will continue to fuel our growth, allowing us to double-down on our mission of improving our customers’ financial wellbeing and helping Singaporeans maintain control of their finances”, he said.

Founded in 2017, BigPay’s said its suite of financial services is focused on improving long-term financial accessibility and well-being.

Its offerings include a prepaid debit card which can be used to spend anywhere Visa is accepted.

Users are able to seamlessly open an account from their mobile phones, enjoy the best foreign exchange rates when spending overseas, make domestic and international transfers, and track their spending all within one integrated app, the company said.