Axiata declared a tax-exempt dividend of 5 sen per share, with the option for shareholders to use the dividend under its Dividend Reinvestment Scheme to purchase more of its shares.

Axiata’s 2019-2020 “Shifting Gear” focus announced in the fourth quarter 2018 with the aim of strengthening its position for a more promising future, gained better momentum to deliver performance improvements in 2019.

For 2Q19, the Group’s Earnings Before Interest, Tax and Depreciation and Amortisation (Ebitda) margin increased 3.3 ppt to 38.1% while Profit After Tax and Minority Interest (Patami) rose 12.2% year-on-year (y-o-y).

This set of results can be attributed to strong operational performance across most of markets and the group’s cost excellence initiatives that have managed to keep cost base broadly flat, resulting in margin expansion.

As of the first half of the year ended June 30, 2019 (1H19), the group continued to maintain its position of strength through a robust balance sheet, with gross debt/ Ebitda at 1.97x1 and cash balance of RM5.4 billion.

The group also posted a healthy set of results in 2Q19 compared to the same quarter last year. Revenue was up 3.7% y-o-y to RM6.2 billion due to better performance from all operating companies (OpCos) apart from Celcom and Ncell.

Ebitda rose 13.1% to RM2.3 billion as a result of higher revenue and cost excellence. Patami improved by 12.2% to RM250 million y-o-y despite higher taxes mainly in Bangladesh and the absence of M1’s contribution.

For 1H19, the group’s revenue grew 4.% to RM12.1 billion compared to the same period last year driven by positive contributions from all OpCos with the exception of Celcom and Ncell.

Additionally, Ebitda recorded a strong 10.4% increase, rising to RM4.5 billion in 1H19, on the back of double-digit growth at Robi, XL, edotco and Smart, as well as cost excellence initiatives across the group.

Barring any unforeseen circumstances, regulatory and external disruptions, Axiata is likely to exceed its headline KPIs for Ebitda growth and ROIC which were initially targeted to range between 5% to 8% and 5.2% to 5.6% respectively for its financial year ending Dec 31, 2019.

The year’s headline KPI for revenue growth is expected to remain in line with the targeted range of 3% to 4%, whilst capex for 2019 is likely to be below guidance of RM6.8 billion on the back of ongoing capex rationalisation.

Celcom’s cost discipline proved critical in mitigating the overhang from the muted industry landscape, lifting Ebitda, FCF and Patami by 4.7%, 5% and 11.7%1.

As Celcom focuses more towards profitable segments and increasing its data revenue, Average Revenue Per User (Arpu) for postpaid services grew RM1 whilst Arpu for prepaid services grew by RM3 in 2Q19 compared to the preceding quarter.

Celcom continued to demonstrate network leadership against its peers as 4G population coverage rose to 93% whilst 4G LTE-A coverage to 81% compared to 89% and 76% respectively in 2Q18.

As at June 30, 2019, Boost, the homegrown lifestyle and e-wallet in Malaysia recorded 1.7x growth in users to over 4.4 million and 4x growth in merchants to nearly 92,000 YoY. Boost’s gross transaction value (GTV) also increased by 1.8x QoQ.

In 2Q19, it continued to build upon its large customer accounts through new client wins around the region including Citibank, Petronas, Tokio Marine, Estee Lauder, Trax, Kowa, ClassPass and Tourism Malaysia.

ADA has also rolled out a suite of Business Insights products for specific industries such as mobile, telco and retail.

Through their data-driven campaigns ADA continues to achieve outstanding business outcomes for clients; such as 112% growth for Yoodo (telco), 400% growth for Boost (e-wallet) and 30% increase in revenue for Kalbe (pharmaceutical) and more.

For 1H19, edotco recorded strong revenue and Ebitda growth across all footprints enhanced by fully integrated acquisitions in Malaysia and Cambodia.

Revenue grew by 20.9% to RM875 million driven by positive contribution across its footprint countries, particularly Malaysia, Myanmar and Bangladesh.

Adjusted Ebitda grew 29.4% to RM453 million, contributing to a margin expansion of 3.4 ppt to 51.8% driven by revenue mix, higher number of towers and a stable tenancy ratio of 1.6x. The improvement in Ebitda led to a surge in edotco’s FCF by more than 100%.

Axiata president and group chief executive officer Jamaludin Ibrahim said: “Following our portfolio rationalisation of non-core assets over the last 12 months and our ’Shifting Gear’ focus towards profitability and cash, we are pleased to deliver a very good set of tangible results fueled by cost excellence and strong operational performance across the group.

“With this, we believe we can meet our headline KPIs in 2019 and to realise Axiata’s profitable growth and cash focus.

“Celcom’s continued cost discipline lifted Ebitda, Patami and Free Cash Flow in the first half of this year. I am encouraged by the steady turnaround we are seeing at Celcom which also enabled the company to perform better against its peers in terms of Ebitda and Patami growth for this quarter.

“Whilst our performance for this quarter has been positive, the group remains vigilant on rapid changes in the regional and local macro environment in all our markets. We will continue to be disciplined in our cost excellence initiatives and performance improvements.” 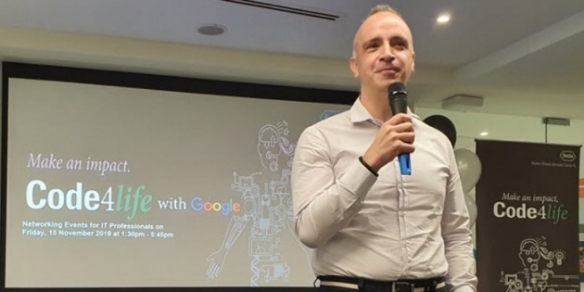