CHIEF information officers (CIOs) have for many years been trying to balance their job requirement of being a hands-on operational manager with that of being a strategic thinker within the IT department they head.

The challenge in doing this effectively has been labelled by some analysts as perhaps the greatest task asked of today’s modern CIO. According to Gartner, in the early 1970s, IT heads were effectively just data processing and programming managers, who then progressed to become system integration managers in the 1980s.

But as enterprise resource planning (ERP) software became mainstream in the 1990s, IT heads -- or what are known as CIOs today -- became merely ‘babysitters’ of ERP, effectively installing, maintaining and upgrading their systems, it says.

The research firm believes that CIOs spent up to 70% of their time operating and maintaining SAP or Oracle solutions for the past 10 years, and while things have improved today, they are still spending about 50% of the time worrying about ‘keeping the lights on.’

Similarly, IDC has this to say, “IDC believes that organisations need to first achieve a level of effectiveness in harnessing IT, followed by aligning IT with business priorities, before driving IT-led innovations to achieve desired outcomes."

But while this is a generic challenge for most CIOs, there are some executives today who feel that it’s not so much a matter of whether their IT organisations are aligned with their business counterparts, but more about how effective CIOs have been in their jobs. During a panel session at the CIO Leaders Summit in Singapore last week, John Lee (pic), CIO of Global Commercial Excellence, General Electric (GE) Healthcare, said that broadly speaking, IT has always been aligned with business.

The senior GE executive said IT has a broad perspective and is in a unique position to ‘look into’ all the verticals within an organisation and the silos across entire business functions.

Coupled with this is the CIO’s DNA (deoxyribonucleic acid), which causes them to “wake up and think about how to make things better,” he claimed.

“I think the question for us to ask [ourselves] is how effective are we as CIOs,” he told a room full of CIOs. “If we go back 10 years, I believe IT has generally been aligned with the business organisation.

“But the question to ask is what percentage of our organisations is focused on this? For instance, if I had 70% of my team working on virtualisation and server infrastructure, how many of us are able to participate in the business conversation? What percentage of capacity is allocated to directly support those efforts?"

Lee said that three years ago, his team would be lucky if 30% of them could sit down and have conversations with their respective business counterparts.

“The other 70% were involved in change and project management. But today, 100% of my people can have business conversations on sales capabilities. I think one of the reasons for this is that we’re being able execute faster and are better aligned with business matters,” he said, adding that CIOs today are getting closer to their business counterparts and are being increasingly treated as partners. Kor Lak Teh (pic), CIO of Great Eastern Life Assurance, a Singapore-based life insurer, concurs with Lee, adding that the biggest change he sees today for the CIO has been driven by mobility.

Typically in insurance companies, the chief marketing or chief distribution officers (CMOs/ CDOs) do not normally communicate with the CIO unless they want some reports generated by the IT departments, he noted.

“CDOs usually spend time with agents, making sure the sales channels are delivering the numbers,” he explained. “But today, my CDO wants to talk to me about how to manage mobile apps. The conversations I’m having with my peers are changing.

"So I don’t think it’s a question of alignment but rather it’s the way we’ve engaged with the business that has changed,” Kor added. When asked by panel moderator Andrew Milroy of Frost & Sullivan how aligned IT is to the business organisation in M1 Ltd, its CIO Alan Goh (pic) conceded that in the past, the Singapore-based mobile service provider had challenges where sponsorship of IT projects was concerned.

“[For instance], we have an web initiative going live soon. In the past we couldn’t find senior people to support such an initiative because the business organisation did not believe the web channel was the right channel as they have always have been focusing on the retail channel.

“Today, we have businesses coming together with IT to work and lead in certain initiatives,” he said.

For Miao Song, group CIO of Golden Agri Resources (GAR) Ltd, IT alignment is about a two-way process between IT and the business.

Indonesia's GAR is the world's second largest palm oil plantation company, and has integrated operations that are focused on the production of palm-based edible oil and fat.

From a strategic perspective, Miao said GAR aligns IT to business when it conducts its five-year strategic planning to ensure that IT is aligned with business priorities. The flipside to this is driven by new innovation and this is where IT can educate its senior leaders in business about how technology can drive business value, she added.

“For us in GAR, IT alignment is about how we educate the business, helping it to realise how it can transform the business further,” Miao (pic) said.

GE’s Lee believes that ideas are abundant and notes that anyone in the organisation can sit down and think of ways to transform the business but ultimately, it’s the CIO who has a unique perspective about making things work.

“I think our goal [as CIOs] is to sit down and mentor our business peers on how to go about implementing those ideas, questioning what are the implications of those implementations, and warning them about the complications the project brings,” he explained.

“I believe where IT plays a bigger role is the wisdom, the cross functional perspective, and the ‘how-we-get-from-here-to-there’ that we [CIOs] are able bring to the table.”

The CIO Leaders Summit was held from Nov 4 to Nov 5 in Singapore and was organised by Media Corp International. Digital News Asia (DNA) was the official media partner for the event. 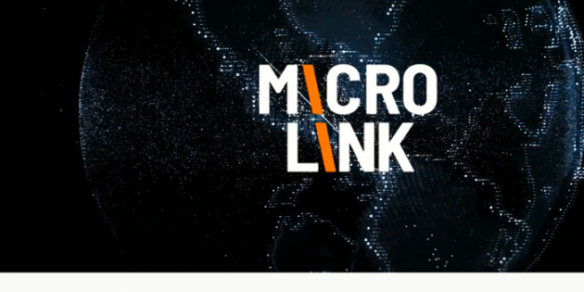