WatchUs team keen to team up with MAMPU and MDEC 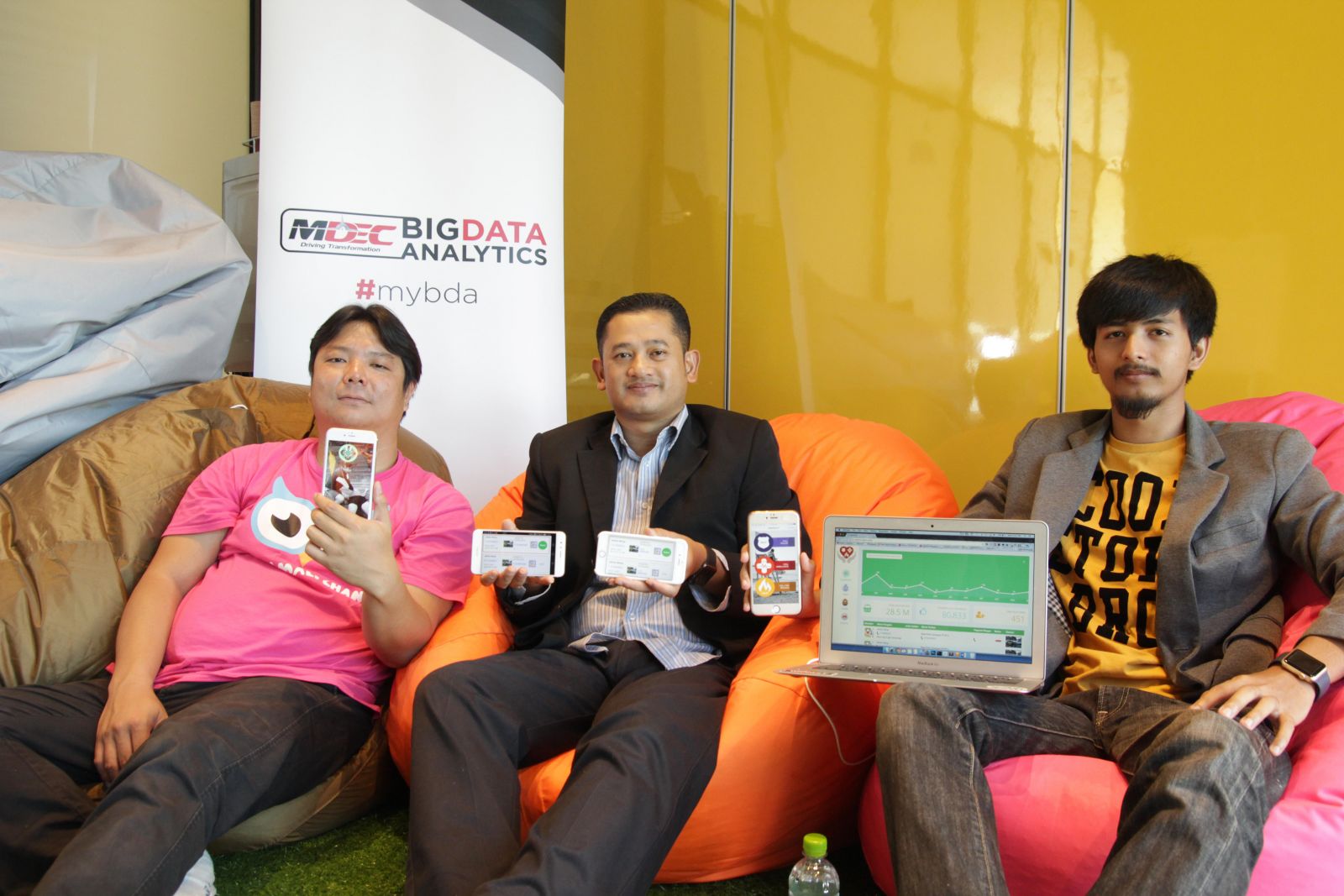 WHEN Muhammad Adrian Wong and his two co-developers Mohd Hafizuddin Mohd Yusof and Muhammad Azlan Shah Mohamed Azman joined the Malaysian Administrative Modernisation And Management Planning Unit (MAMPU)’s 48-hour hackathon in late October last year, one of their biggest concerns was Azlan not being able to be there with his pregnant wife to see his child being born.

However, this concern turned out to be the inspiration behind WatchUs, which ended up winning the team the MAMPU hackathon.

“The name came about from our other brand name – PriceWatch. We wanted to have a continuation so we thought it was apt to have ‘Watch’ in the name. To top it off, we wanted the rakyat to be 'watched' by emergency services. Hence, the name ‘WatchUs’,” Muhammad Adrian told Digital News Asia in a recent interview.

He added that he helped developed the business case for WatchUs, while Mohd Hafizuddin did the backend work and analytics and Azlan was the iOS developer.

The three friends ended up creating a mobile solution for the iOS platform called WatchUs, which won them the hackathon and the RM10,000 cash prize.

Features of the apps include transmitting data such as GPS coordinates, estimated time of arrival to hospitals and real-time pre-hospital information such as videos, pictures and EKG results.

According to Muhammad Adrian, the three applications target different audiences -- there’s one app for the rakyat, another for the emergency officers or first responders and a third one for volunteers such as off-duty nurses, doctors, police officers and the backend or dashboard, where emergency calls are answered.

“A similar application that is available in Malaysia right now requires at least eight to ten seconds to answer a call and an additional one to two minutes to collect information about the victim, location, emergency and required emergency service before they can pass on the information to emergency response services like the hospital or police stations,” Muhammad Adrian explained.

WatchUs aims to connect the rakyat or victim directly to the nearest police officer for instance, instead of the call centre or nearest police station.

“Similarly, it would connect to the nearest paramedic and ambulance driver, and they can respond to it directly. The headquarters and call centres are updated instantly as the mobile application is connected to the backend/dashboard.”

According to him, the business case for this is you’re looking at millions of calls going through the system, including prank calls. With KYC (know your customer) incorporated in WatchUs via identity verification, prank calls can be eliminated, thus saving the government a lot of money.

Citing government data, he highlighted that 25.5 million emergency calls were made in 2014 and only half a million were authentic.

The team then continued from their win at the MAMPU hackathon by participating in the Malaysia Digital Economy Corporation (MDEC)’s The National Big APP Challenge 3.0 last December.

This competition, which they also won (they bagged the first prize in the professional track with a cash prize of RM20,000), was held to encourage the extensive use of big data analytics (BDA) in the public and private sectors

“The National Big App Challenge 3.0 provided our team with great networking opportunities with stakeholders from both the public and private sectors, on top of validating our idea and business plan,” said Muhammad Adrian of the MDEC-run initiative.

“Now, what is left is to execute WatchUs and scale. With scaling comes the challenge of finding talent and retaining them, but the Challenge has provided us with a great platform for us to mingle with other teams from all the MDEC endorsed hackathons throughout 2016.

“A challenge like this is a great way to bring out talents in the field of data science and opens the door for innovative solutions using the power of BDA. We are also excited for MDEC’s launch of ASEAN Data Analytics Exchange (ADAX) which will help position Malaysia as a BDA hub in the region. It will be a good platform to bring together talent within the BDA ecosystem.”

With the total prize money, they now have a surplus of RM30,000 which will be sufficient to bootstrap the WatchUs idea, Muhammad Adrian said.

When asked what their plans are for WatchUs, he revealed that the team has offered the entire system to MAMPU as is at no cost, source code included.

“It’s just something that we want to do in terms of giving back to the rakyat. We feel that saving money for the government as well as making sure that the rakyat connects to first responders in a timely manner is crucial.”

“We hope the prize money and publicity will spur us further in realising our dream to make emergency response services in Malaysia and ASEAN more efficient, on top of saving more lives.

“Right now, we plan to collaborate with MDEC and MAMPU in giving this solution to the rakyat but a lot of integration needs to be done with the emergency response agencies response agencies and educating the general public,” he added.

When asked what MAMPU’s plans are for WatchUs, MAMPU’s digital government division director and ICT consultant Dr. Yusminar Yunus told Digital News Asia via phone that the agency will begin promoting WatchUs and the other 14 mobile apps featured on a related website (http://www.data.gov.my/page/apps) beginning February to create public awareness towards these applications.

Beyond WatchUs, Muhammad Adrian and his team plan to generate revenues by approaching private hospitals to create ambulance services.

“We could partner with St. John’s Ambulance and provide the elderly with such services and this would fall under the ‘smart cities’ initiative. We could provide greater healthcare for the privileged.” The idea is that someone’s son or relative could pay a monthly subscription and be connected to a first responder that shows up at the door to provide assistance.

There’s another possible revenue stream from digital locks, Muhammad Adrian said. “When a first responder gets to the victim’s home, and the victim in inside, they wait for a fireman to break down the door. We have the breadth and depth to actually do e-lockers, so five minutes before a first responder arrives at the scene, we tag him in terms of geolocation and send him a digital lock in the form of a QR code to authenticate him to open the lock at the victim’s location,” he explained.

When asked what more can be done to encourage startups in Malaysia, Muhammad Adrian suggested that one of the ways to develop the BDA ecosystem is that hackathons have bigger prize monies for primary and secondary school participants.

“Not only will it be a good pull to increase participation in these hackathons, but it will also be helpful for the team to use the prize money to invest in their application to bring it to the next phase and expand it, he said.