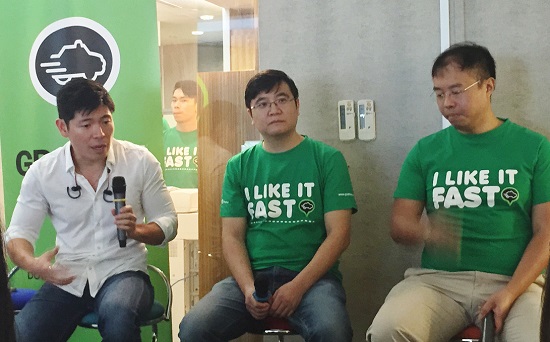 TRANSPORT app startup GrabTaxi (known as MyTeksi in its home base of Malaysia) has launched a new research and development (R&D) centre in Singapore, saying the decision to locate the centre in the island-republic was a “simple” one.

“It was the logical choice for us when we first started planning this R&D centre – the conducive business environment and strong existing infrastructure is ideal for us to build and develop [a] global pool of talent,” group chief executive officer and founder Anthony Tan said at a media briefing earlier today (April 8).

“It [Singapore] is also the undisputed hub of South-East Asia, a region we are focused on and need to be closer to, in order to solve problems with efficiency and safety in different markets,” he said, adding that Singapore was also a “critical market” for the company.

GrabTaxi is allocating US$100 million over the next two to three years to fund the R&D centre. The 4500 sq ft facility is located in the Lion City’s central business district, will become the company’s technology hub.

Its activities will be focused on data analysis, trend-spotting and product development.

Thien Kwee Eng, assistant managing director at Singapore’s Economic Development Board (EDB), said that data analytics is “an important capability that will boost the growth for companies in Singapore.”

“We are pleased that GrabTaxi has decided to base its R&D centre here to develop analytics-related applications for its business,” she said in a statement issued by GrabTaxi.

“With the rise of the digital economy, EDB is confident that the centre will further contribute to the host of exciting new jobs that are being created in Singapore,” she added.

Tan said that not many startups have made such a commitment to South-East Asia in the way GrabTaxi has, with this US$100-million investment.

“Our goal is to find the brightest minds around the world. We want to offer a chance for local Singaporeans and people from South-East Asia to join our team, and for talent from the rest of the world to look at the region as their new home … with potential for growth.

“We want to show to the world what the region offers, and that you ‘don’t mess with South-East Asia’,” he declared.

The move comes as GrabTaxi eases into its 34th month of existence, having raised almost US$340 million in capital from investors such as SoftBank Corp, Tiger Global Management, GGV Capital and Vertex Venture Holdings since its inception in 2012.

Tan claimed that the GrabTaxi app has been downloaded onto more than 3.8 million mobile devices to date, with more than 75,000 vehicles and drivers registered (both cars and motorbikes) on its network.

The company saw ride bookings increase tenfold in the last year, and now claims to handle seven bookings per second across the 20 South-East Asian cities the service is available in. While declining to share a breakdown of the US$100-million investment, GrabTaxi said a “significant proportion” of the funds will be channelled into expanding its software engineering team, with the centre expected to eventually house about 200 staff.

When asked about the rationale on being based in the city centre rather than in a more cost-friendly location outside the business district, Tan (pic) said that as a consumer-facing app, it was important to have a visible presence in a central location, adding “Facebook is two doors down from us.”

“Also, people care about amenities when it comes to the workplace, such as whether there is an MRT station nearby or a lot of lunch options.

“This, along with the familiarity among the tech community in the area, brings external economies of scale that will enable us to create the best work environment for our people,” he added.

GrabTaxi has also welcomed a slew of senior talent to its management team, many boasting Silicon Valley-related credentials, including the return of cofounder Tan Hooi Ling to handle Expansion and New Services, after a two-year stint at Salesforce in the United States.

Other additions include Kevin Lee in the role of vice president of Data and Growth. He was formerly head of Asia for Palantir Technologies, a US software and data analysis company known for its original clientele of federal agencies of the US intelligence community.

GrabTaxi’s vice president of engineering is Arul Kumaravel, formerly of Amazon where he led strategy and development of the Amazon Mobile Platform and Shopping application.

Chief technology officer Wei Zhu joined the company in August last year and was most recently with Facebook, where he led the engineering team behind features such as Facebook Connect.

He currently oversees all technical aspects of the company and is responsible for development and execution of new technologies, in addition to planning for risk and growth.

Speaking to media during the launch event for the R&D centre, Zhu said that the company offers a “unique opportunity” for engineers to work on meaningful problems outside of the more traditional hubs such as Silicon Valley.

“Transportation is one of the most interesting spaces in technology today – all the background data, infrastructure and information that are required to make things run smoothly, efficiently and safely for people. It may not be interesting to many, but I find it fascinating,” he said. Zhu (pic) said that his role at GrabTaxi is to help the company scale and build innovative products, and an aspect of that is building a world-class engineering and product team, “similar to great companies in Silicon Valley.”

“That’s our aspiration – we’re not there yet and are still pretty small, but we’ll get there and want to staff the centre with all kinds of hackers, data scientists, designers and product managers.

“We want to hire the best and right kind of talent – as people are the most important element – to enable the company to keep growing at an incredible pace. With the launch of the centre, we are also announcing an invitation to talent around the world to come to South-East Asia,” he added.

Qualified and shortlisted applicants will be offered an all-expenses paid trip to the company’s centre in Singapore to meet the team and get a feel of the company. Interested candidates are encouraged to apply via the company’s career page.

“As a technology company, our R&D centre is at the forefront of our growth strategy in the coming years and we expect in the next few months, all the great products, services and infrastructure we will release to have major contributions in its creation from this very centre,” Zhu said.

Meanwhile, asked about the company’s policy of handling data and ensuring user privacy, Lee claimed that GrabTaxi was fully compliant with regulations in the various countries it operates in.

“And these measures are constantly being updated to ensure compliance – for example, to adhere to Singapore’s personal data protection law,” he said.

Lee agreed that different markets have varying levels of privacy protections in place, and said the company adheres to a uniform level of privacy measures throughout its operations that is “least as compliant as the strictest one.”

He said that a lot of time and effort have been invested into architecting access to data and ensuring access control.

“Be it investors’ documents, passenger data or traffic information, we’ve architected our backend and data storage which we use for queries, to have much finer-grained access control.

“So say it’s someone in customer service in Kuala Lumpur – they should only see data, or particular fields, with relevant information that is needed for them to do their job. We’ve partitioned access control, and that’s the sort of system we have in place,” he said.

Plans to rapidly expand its team follows recent moves GrabTaxi made to implement the ‘stack ranking methodology’ in evaluating its staff, according to sources with knowledge of the matter.

Lee added: “The internals of how we run performance management, it is a function of what’s going to help us get the best out of our people.”

Officially known as a vitality curve, stack ranking is a leadership construct whereby a workforce is graded in accordance with the individual productivity of its members.

The method is controversial and has been subject to much criticism, including the fact that the rigid distribution of the bell curve forces managers to label a high performer as a mediocre, while a high performer, unmotivated by such artificial demotion, behaves like a mediocre.

Most notably, it was a system that Microsoft first used in 2006 and then later abandoned in 2013.

Many technology companies, including Amazon, Facebook and Yahoo, have their own versions of stack ranking, reportedly intended to weed out “low performing” employees.

Yahoo chief executive officer Marissa Mayer instituted its "QPR" (quarterly performance review) system in 2012, and in the fourth quarter of 2013, laid off 600 people. 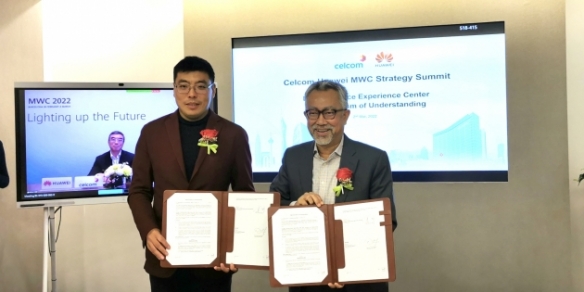