IT is common wisdom that when it comes to weddings, what the bride wants, the bride gets.

That was the scenario presented to the team at Malaysian online fashion retailer ChristyNg back in early 2013, when a bride from North Carolina in the United States reached out with a very specific request.

“She was looking for nine pairs of shoes, for herself and her eight bridesmaids. She had very specific requirements and wanted a particular design for herself in red, and the exact same design but in different colours and different heel heights [for the bridesmaids,” says founder Christina Ng.

“When we asked her why she had such a request, she said it was because she wanted all her bridesmaids – who came in different build and statures – to look similar and more uniformed in height in all her wedding photographs,” Ng tells Digital News Asia (DNA) via email.

Fulfilling that request for such a special day sparked a fresh mission for the team: To help women find their perfect pair of shoes – and the 3D Shoe Design Engine was born.

The Design Your Own Shoe offering is the latest step in an entrepreneurial journey that began in 2009, when Ng decided to pursue her childhood dream of being a fashion designer as a hobby.

After gaining attention for a few of her shoe designs posted on social media, Ng took the leap to fulltime entrepreneurship and founded ChristyNg in July 2010, with a humble blog shop called Shoe Heaven.

“I did a degree in biotechnology which had totally nothing to do with shoes or fashion design. I worked for a Swiss pharmaceutical company in Malaysia for two years after graduation before I took the giant leap of faith – leaving my cushy job to pursue my dreams,” recalls Ng.

She used savings from part-time jobs as a waitress and winnings from participating in the fifth season of the Nescafé Kickstart reality TV show as capital to create more designs to put up for sale.

The fledgling startup’s first office was in the living room of Ng’s mother’s house in Petaling Jaya to save on costs. Sales picked up enough in early 2011 to warrant a full-fledged e-commerce store to cater to increasing demand.

The team also soon relocated Shoe Heaven to a bigger space in Damansara Uptown, Petaling Jaya, to provide a better shopping environment for customers and a more conducive environment for all team members. Today, the ChristyNg team numbers 10 in its management, with an additional 10 staff, both part-time and full-time working, at the company’s own production facility.

“Our customer base comprises ladies from all walks of life, since we also cater for niche segments such as maternity footwear, over-sized or odd-sized footwear, and others,” says Ng (pic).

“However, we would say that our core base of customers would be brides, and they come from all parts of the world.

“Our current portfolio comprises 40% from domestic Malaysian market and 60% exports, mainly to the United States. So far, since inception, we have shipped our shoes to customers in over 30 different countries and sold over 30,000 pairs,” she says when asked to describe the typical customer.

“There is a huge … pie for many players, and we are optimistic about growing this into a multimillion-dollar business using disruptive yet innovative strategies,” says Ng.

“The possibilities are just limitless. We see ourselves taking a completely conventional and traditional business like footwear, and with technology, changing the way women shop for shoes throughout the region,” she adds.

She says that ChristyNg has already surpassed the RM1-million (US$274,000) sales mark and claims high double-digit revenue growth year-on-year. It also boasts a fan following of more than 300,000 on social media.

“With the launch of our 3D Shoe Design Engine, we are confident we will not only sustain this growth, but grow the business exponentially,” she declares. The 3D Shoe Design Engine was funded by the team’s winnings from the Inaugural Alliance Bank SME BizSmart challenge in 2013.

Sixteen months and RM250,000 later, the Design Your Own Shoe offering made its public debut in late May, built on customised software.

“Our system architecture allows the complex combination of hundreds of thousands of variable shoe parts and components, with just a few simple clicks,” says Ng.

“To make this process seamless, our team rendered 3D components of every part of the shoe in order to make it as realistic as possible, combining the functionality of a modern e-commerce shopping cart without compromising usability and user friendliness,” she declares.

Ng claims that the platform is the first of its kind in Malaysia and even South-East Asia, and that it allows consumers to create their dream shoes with over one million possible design combinations – any colour, material option, texture, along with choice of heel heights and types. It also offers options for insole, soles, trims and accessories.

“Our goal is to become a specialist e-commerce retailer in footwear, as we foresee an upcoming trend and rise in consumer demand for bespoke merchandise and personalisation.

“Our platform allows us to cater to the many unmet demands in the footwear industry, and we believe we are filling a gap here,” she adds.

ChristyNg’s bespoke shoe offering is not the first in the market, with Australian-based Shoes of Prey having been in the scene since 2009.

Asked about the competition, Ng says she believes that the company does not have direct competitors with 100% identical business models, and is instead charting its “own unique path” in the global scene.

“We have two main components to our business – ready-to-wear and custom-made footwear – whereas most of our competitors only offer either one or the other.

“In terms of presentation and technology, our images are preloaded instead of being rendered on the fly, which makes it faster and more seamless in terms of user experience.

“We pride ourselves on our photo-realistic images, which we believe will give customers a better idea of how the end product will look,” she says.

“In terms of price points, we believe consumers will see tremendous value in our bespoke footwear which is priced at almost ready-to-wear prices, which are very competitive, and almost half of that of competitors,” says Ng.

“Our goal is to offer customers a product and service so good, they will no longer look elsewhere,” she adds.

Since launch, the company has been swamped with the influx of orders and is in the midst of doubling manpower capacity to cope with the surge.

“The response has been overwhelming and better than anticipated. We foresee our total Gross Merchandise Volume for customised shoes quadrupling by end-2015,” Ng claims.

ChristyNg plans to continuously enhance its offerings by increasing the number of customising options and body types. The eventual goal is enable customers to design virtually anything on the platform with a few clicks of their mouse.

But it won’t be an easy task. As Ng notes, the more customisable options there are, the more time the team will need to render those images and the more money that will be needed to also stock up on raw materials.

“We will need to manage our materials inventory wisely to avoid wastage and inefficiencies. The time and effort involved in rendering hundreds of thousands of image is a painstaking process – and you really need to have the eye, passion and grit for it,” she says.

The company’s use of digital technology to not only disrupt the industry it is in, but to also empower its users, aligns very well with the country’s Digital Malaysia programme, which seeks to transform Malaysia into a ‘digital economy.

In July 2012, when the Malaysian Government officially rolled out Digital Malaysia, it announced eight projects, and appointed the Multimedia Development Corporation (MDeC) the lead agency to oversee the national initiative. 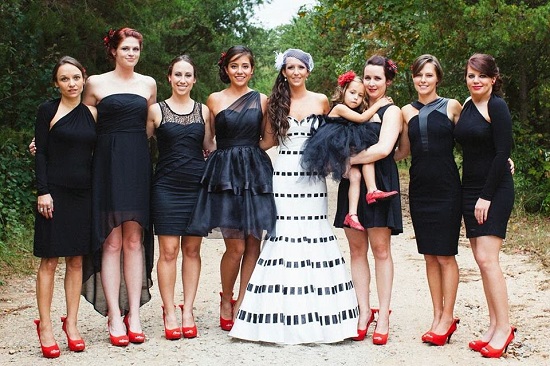 In today’s startup landscape of frenzied fundraising and high early-stage valuations, Ng’s story and success stands out due to one remarkable fact: ChristyNg has been privately funded since day one.

“We’ve been profitable since day one and I still hold a 100% stake in the company. A lot of people will be shocked to know we have funded our operations organically, with zero borrowings or financing from banks or any venture capitalists or angels,” she says.

“We spend prudently and we plough all our profits back into growing the business,” she says, adding that with revenue already in the seven-digit range, the goal is to hit eight.

It hasn’t been an easy journey, with Ng admitting that facing the many uncertainties involved in entrepreneurship as being one of the hardest challenges.

“I'm sure many entrepreneurs can relate to having tons of stress without knowing certain outcomes, and difficulty switching off after working hours as running a business is like giving birth to a child.

“You are fully 100% accountable and responsible 24 hours of the day, seven days of the week,” she adds.

One of the core pillars for any entrepreneur is having the support of friends and family, but Ng still had to deal with her fair share of killjoys.

“When I started this business, I had many naysayers around me, especially relatives and acquaintances who said this business would fail.

“My aunt told my mother that my business will probably go bankrupt in no time as she couldn’t imagine why would women torture themselves wearing high-heel shoes, and she doubted my business acumen.

“Proving these negative people wrong every day gives me the drive to keep kicking goals and pushing the limits.

“To those who say it can't be done, please just get out of the way of the people who are trying to do it. It’s my way of saying ‘eat my shoes’,” she adds.

On the hunt for the perfect shoe, a global business was born