Looking beyond urban startups with SHEL 2017 and Code Army THE local startup ecosystem often highlights founders disrupting the urban market. But there are opportunities outside of urban cities like Kuala Lumpur, where market demands differ and founders have legible solutions to offer.

The co-founder and chief executive officer of Code Army, Zafrul Noordin puts forth, “We are always focussing on urban areas like Klang Valley as a market. But the total population of Klang Valley is only seven million while there are 20 over million people in other parts of Malaysia.”

However, founders outside Klang Valley struggle to thrive with hardly any access to the local ecosystem and lack of startup know-how. That is what makes the SUPERB Higher Education League (SHEL) 2017 especially unique.

Launched in a collaboration between the Ministry of Higher Education (MOHE) and TERAJU, a government unit aimed at strengthening economic participation of the Bumiputera (citizens of Malay origin), SHEL mentors founders from rural Malaysia to build on their business ideas.

The startup accelerator Code Army was invited to run the programme on behalf of the programme manager Malaysian Global Innovation and Creativity Centre (MaGIC). “We saw this as a real opportunity because we are the exclusive representatives of Lean Startup Machine in the Asean region,” says Zafrul Noordin, the co-founder and chief executive officer of Code Army.

“We go around the region and conduct workshops – we have even done a programme completely translated in Thai. But we have never done a programme in Bahasa Malaysia until SHEL. It is something I have always wanted to do,” he adds.

The SHEL programme received over 300 applications from students across Malaysian higher education institutes – polytechnics, community colleges, public universities. “There were representatives from every state. We narrowed down applications to the Top 60 to undergo a five-day bootcamp.”

After the bootcamp, ten business ideas were selected to participate in the six-month long SHEL in December 2017 with a RM20,000 (US$ 4,869) grant by TERAJU.

The Lean Startup programme was pioneered by entrepreneur Eric Ries who is deemed one of Silicon Valley’s most sought-after consultants. Zafrul’s learning of the Lean Startup methodology comes from past experience and time spent in Silicon Valley, when Code Army was involved in the Digital Malaysia Labs under MDEC.

He shares, “It’s known as the world’s best business innovation process. The basis is superspeed building a successful businesss, making it six times faster to go to market.”

Beyond the urban Klang Valley horizon 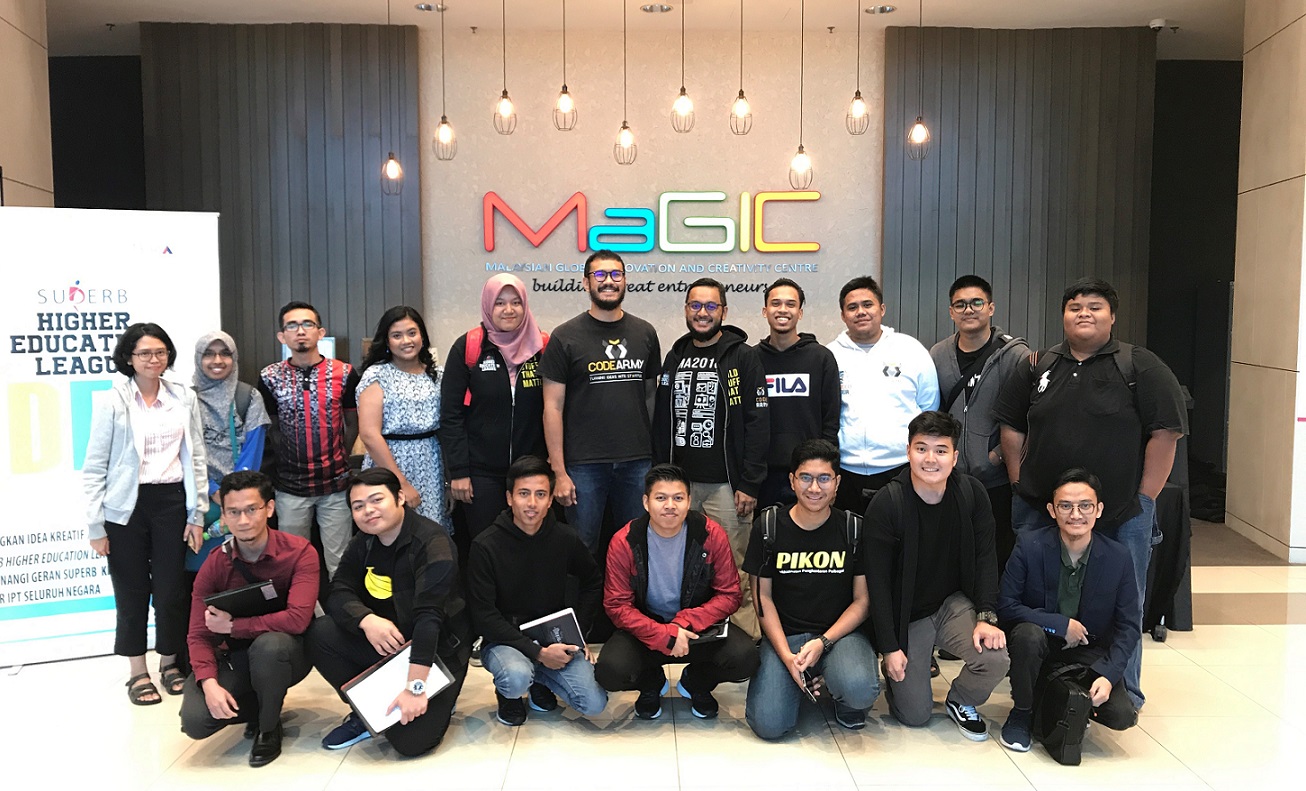 The main take-away of the SHEL programme participants – market validation first, the other aspects come later.

The founder of SolviePro, Muhammad Abdul Haiy Halid, shares “At Code Army, we learn to test the market to first identify if there is a real need for our products, instead of diving headfirst into developing our solution.”

SolviePro is an online platform for jobseekers to find suitable vacancies based in Seri Manjung, Perak. Rather than compete with job search portals like Jobstreet.com, SolviePro hopes to target non-urban areas to connect school leavers with permanent jobs in retail and catering services.

One interesting point Abdul Haiy highlighted is the difference in rural market behaviour compared to urban folk. Although the mobile app trend is popular in the Klang Valley, SolviePro received low response with its mobile app.

“So we reverted to our old model of using WhatsApp to distribute job openings,” he says. While this may seem less convenient than a mobile app, Abdul Haiy claims it is a system that works.

With internet connectivity being an issue in these areas, SolviePro aspires to build a lightweight 1MB mobile app that can work even on low connectivity H+ network. As of now, SolviePro requires users to register online before being added into a WhatsApp chat group where vacancies are distributed.

Atikah Mohd Zulkifle, the co-founder of Quick C, a car sharing platform connecting suppliers and customers. “We started in 2016 focussing mainly on foreign students in Cyberjaya as our target market. Since then, we have expanded to Melaka, Langkawi, Johor Bahru and Kuala Lumpur.”

Sharing about her journey during SHEL, Atikah says “In the Lean Startup syllabus, I have learned better decision-making. It has taught me to start with a hypotheses and validate my decisions with data.”

Another startup in the programme, Farmas Tech, is seeking to disrupt the supply chain of farmers to end users by eradicating heavy reliance on middle men. With the presence of cartels and layers of middle men, many farmers face uncertainty in price and unsteady income.

The founder of Farmas Tech, Muhammad Nur Salehin Kornain, shares that the idea stems from being a farmer himself. “Farmers have to put up with about five layers of middle men. The price the end user pays for a cucumber can go up to seven times what the farmer earns.”

To solve this, Farmas Tech supplies fresh produce directly from the source, such as farmers and fishermen, to businesses. Being a solo founder, Farmas Tech is still in the early stages hopes to serve individual customers in the near future.

As of now, orders are made through email or phone but they aspire to gain funding to launch an online supermarket. In terms of dealing with farmers and other producers, Nur Salehin says “We set a contract price and floor price which more sustainable long-term compared to the unstable prices of middle men.”

The CEO of GetRunner.my, Ziyad Yazid, came up with his business idea as a student in university. “Our services include food and item delivery, bill payment, shopping and even birthday surprises based in Terengganu.”

He adds, “Since we started off with a customer base of students, we faced the challenge of unsustainable income during long university holidays. So we had to pivot to also serve those working during office hours.”

For Ziyad, the SHEL course was a opened his eyes to new opportunities and knowledge he otherwise would not have access to. “Before the programme, I didn’t know about startups, Silicon Valley or the function of MaGIC. My key takeaway from this programme is to build strong fundamentals before penetrating the market.”