THE speculation is over. Joel Neoh has launched fitness sharing platform KFit in Malaysia and Singapore over the past two weeks, with Hong Kong the next market.

All this is part of a rapid rollout planned across 10 Asian cities in seven countries over the next few months, before the next phase of another 10 cities. The target is to hit every Asian city within 18 months.

You read that right: Every Asian city.

Capitalising on the sharing economy, KFit aims to democratise access to fitness in Asia Pacific. It is targeted at the average gym-goer, say someone like Neoh himself, who goes about four to five times a month.

It is also targeted at those who also want to try different gyms but don’t find enough variety in the market or price point that may tempt them to.

This is where KFit comes into the picture, with its RM99 (about US$28) membership in Malaysia and S$99 (about US$74) in Singapore. Partner gyms will get a portion of this fee depending on where the KFit member goes to utilise his membership.

Different from what one can expect from a gym membership, the fitness activities KFit provides access to include not only gyms and studios with CrossFit, Pilates, Zumba, cycling, yoga, dance, kickboxing, and bodybuilding, but also sports facilities such as badminton, tennis courts and more.

In a phone conversation with Digital News Asia (DNA), Neoh says he intends to make fitness more accessible, flexible and fun, and to improve the general fitness levels across Asia Pacific.

And if you are slightly disappointed – thinking “that’s all?” – perhaps expecting Neoh to uncover or create a new billion-dollar market with his post-Groupon startup, here are the numbers that drew Neoh to the fitness market.

Why is he targeting the Asian market only? Because that US$14 billion comes from 1% of Asians and is only the amount spent on gym memberships, not accessories, clothes, equipment or even nutrition.

Increasing this 1% rate is the market opportunity that has drawn Neoh in – and attracted funding.

“Just from family and friends, I managed to raise, in single digit, a few million US dollars in a pre-seed round,” he tells DNA.

Among the friends are those in venture capital firms and international angel investors. They include 500 Startups, SXE Ventures and Founders Global; Daniel Shin, founder and chief executive officer (CEO) of Ticket Monster; and Danny Yeung, former CEO of Groupon Hong Kong; in addition to Neoh himself. Neoh (pic above) believes that the single-digit millions raised could be among the largest pre-seed rounds raised in Asia.

And he is also set up nicely for his next round, with a few options available. “While I feel fortunate and quite blessed, we are going to be methodical with how we raise the next round,” he says, adding that the model KFit is employing opens doors for funding.

What he means is that gym-goers are used to paying monthly subscriptions for membership, and according to Neoh, subscriptions are one of the best models for e-commerce plays.

For now, the KFit platform is web-based, with an app in the works.

Aside from the subscription model, another advantage of KFit is that it does not involve any capex (capital expenditure) as the infrastructure is owned by gym owners. All Neoh has is operating expenditure, which is mainly salaries and marketing expenses.

Strictly speaking, this is not an e-commerce play as members have to physically go to a location to enjoy what they have paid for. Nothing virtual here aside from the payment option, one may think – but to Neoh, this is an example of local commerce with technology being used to help connect local merchants, in this case gym owners with customers they likely would not be able to reach out to.

It is what Groupon used to do before it expanded into products, and to Neoh, this is really akin to offering a deal management solution for gyms owners.

“What any merchant wants the most is to attract the right customer to the right outlet at the right time,” he says.

He believes KFit can solve the problem across Asia for gym owners, especially small outfits with one or two outlets. “That’s our sweet spot,” he declares.

This is not to say the large outlets of global brands are not potential partners. They are. “We are in conversations to figure out how to work with them and I am confident they will all eventually come on board in the long term,” he says.

If anything, the needs of the larger gyms are even more acute as he recalls one industry report that revealed the utilisation rates of large gyms were less than 10%. This leads Neoh to observe, “There is a strong synergy between their low utilisation rate and our desire to democratise access to fitness.”

The challenge is to figure out the tactical aspects of making the relationship work. This may happen sooner rather than later as a pilot with CHI Fitness Sdn Bhd in Kuala Lumpur is about to expand into a full partnership, with the details still being worked out.

And while the PR (public relations) spiel is drawing business model comparisons to what KFit is doing with a US-based startup, ClassPass, which is apparently being positioned as the next Uber, Neoh makes no such claims in his conversation with DNA, sticking to what can make KFit successful.

Aside from the business model and its low-capex advantage, Neoh believes the social aspects of keeping fit will kick in once more people sign up and start encouraging their friends to join.

“For the casual user, keeping fit should be fun … and it is fun when you are doing something with your friends,” he says, expecting referrals to be a major channel.

For those keen to keep track of the numbers, at least from a gym partner and number of gyms signing up with KFit, this will be an exercise in futility as KFit keeps signing up new partners by the week, and with more cities to be opened up, what is current this week will be outdated next.

As of this week, there are more than 400 partners with over 500 gyms that have signed up to partner KFit.

Meanwhile KFit claims that over 75,000 enthusiasts across Asia Pacific have registered their interest in the service.

For a casual gym user who had his first experience of a gym when he was 19, Neoh is fired up to enable as many Asians as possible to join gyms, have fun while getting into better shape, or to just keep fit and encourage their friends to follow suit.

When that happens, expect the 1% Asian gym membership needle to move. 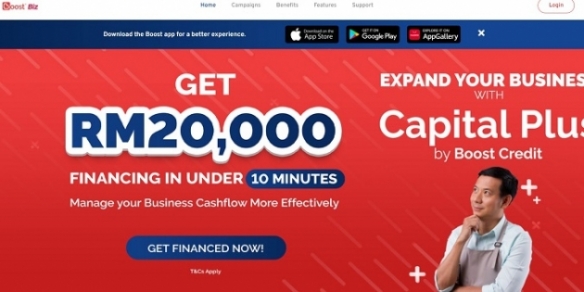