MALAYSIAN on-demand truck sharing provider TheLorry Online is ready to take it to the next level as it is expanding its operations from Malaysia and Singapore to two new markets: Thailand and The Philippines.

TheLorry successfully raised US$1.5 million Series A funding in January 2016 and has put that money to good use in expanding its operations and has now set its sights on the Southeast Asia region.

Much like ridesharing services like Grab and Uber, TheLorry acts as a platform that matches customers, both commercial and consumer, with lorry drivers. Using TheLorry app, customers can request a pickup with a lorry that meets their need be it transporting big home appliances or picking up large items from a shop.

In an interview with Digital News Asia, its executive director and co-founder Nadhir Ashafiq said after nearly three years in operation, the time has come for the company to embark on the next phase, expanding its regional presence. The company hopes to establish itself in Thailand by mid-December 2017 followed by the Philippines in January 2018.

“The idea here is that all our technology, product and creatives will be centred here in Malaysia while the companies we set up around the region will focus on commercial operations.

“The idea here is that in each new country that we open up in will be profit centres for us because the product has already been built and it is just a matter of replicating the business model,” said Nadhir.

Though many of the markets TheLorry intends to enter already has local players of their own providing similar service, managing director Goh Chee Hau said that he believes that they have a fighting chance to catch up and even overtake the incumbents.

Nadhir points that in Singapore they picked their battles wisely and chose to go into a niche that the other players are not serving and then steadily built upon their market share. “Once we have found our niche and customers, then we can offer more products and that’s the same strategy that we will be applying in our regional expansion exercise,” he said.

When asked if they are considering expanding into Indonesia, Nadhir said they are taking their time to explore the market as there is very strong competition in the country.

At present, TheLorry has a combined fleet of 5,000 vehicles on its platform, ranging from vans all the way up to large trailers, across Malaysia and Singapore.

Goh explained that with their own unique algorithm, the job dispatch system works by allowing highly rated drivers to see jobs earlier than lower rated ones. This then encourages drivers to do a good job so that they can receive more jobs in the future.

Lorry drivers on a job are required to use TheLorry app, this then allows TheLorry to track each driver’s journey and also inform commercial customers at the stage of the journey the cargo is being transported.

“We are in a very good position right now as we are probably the leading player in the on-demand trucking segment in Malaysia,” said

“There is still plenty of room for improvement in the B2B segment as we are looking to get more SMEs and drivers to come on board and embrace this digital transformation,” said Goh.

Apart from growing its B2B business, Nadhir also points out that the company will also be focusing on its 4X4 Pickup services that cater to customers that want to move bulky items but don’t need a large lorry.

“We know that we are contributing to society regardless of the market we are in. The platform is definitely changing the way people transport goods, moving away from the old days of looking up illegal lori sewa (lorry rental) services on trees and lamp posts to the digital age,” said Nadhir. 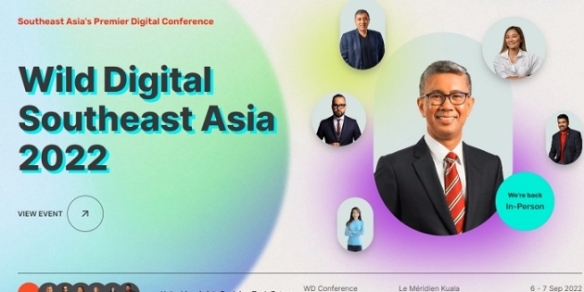